Researchers at Oregon State University have discovered a way to make a new metamaterial that might accomplish negative refraction of light. 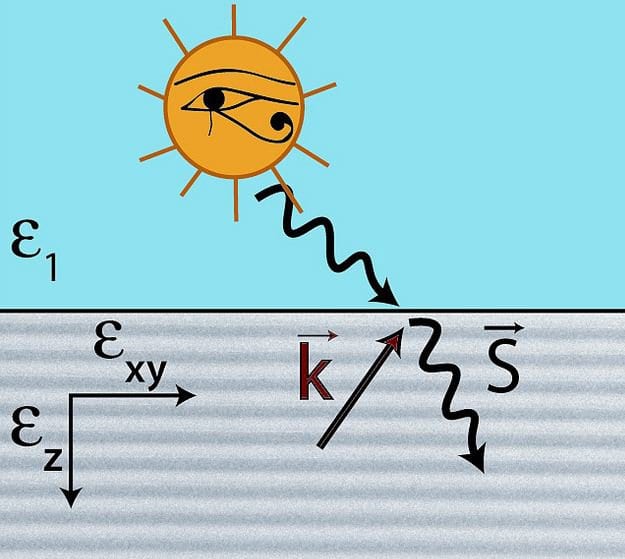 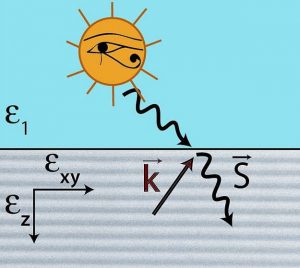 Researchers at Oregon State University have discovered a way to make a low-cost metamaterial that might accomplish negative refraction of light and other radiation – a goal first theorized in 1861 by a giant of science, Scottish physicist James Maxwell, that has still eluded widespread application.

Other materials can do this but they are based on costly, complex crystalline materials. A low-cost way that yields the same result will have extraordinary possibilities, experts say – ranging from a “super lens” to energy harvesting, machine vision or “stealth” coatings for invisibility.

Entire new products and industries could be made possible by this research, which has just been published by the journal physica status solidi a.

The new approach uses ultra-thin, ultra-smooth, all-amorphous laminates, essentially a layered glass that has no crystal structure. It is, the researchers say, a “very high-tech sandwich.”

The goal is to make radiation bend opposite to the way it does when passing through any naturally occurring material. This is possible in theory, as Maxwell penciled out in the 19th century. In reality, it’s been pretty difficult to do.

“To accomplish the task of negative refraction, these metamaterials have to be absolutely perfect, just flawless,” said Bill Cowell, a doctoral candidate in the OSU School of Electrical Engineering and Computer Science. “Everyone thought the only way to do that was with perfectly crystalline materials, which are quite expensive to produce and aren’t very practical for large-area commercial application.

“We now know these materials may not need to be that exotic.”

The new study has explained how easy-to-produce laminate materials, created with technology similar to that used to produce a flat panel television, should work for this purpose. The findings outline the component materials and the theoretical behavior of the laminates, as Cowell explains.

“We haven’t yet used this approach to achieve negative refraction, but the findings suggest it should work for that,” he said. “That will be one goal of continuing research. No one had thought of using amorphous metals for this purpose. They didn’t think it could be that simple.”

Negative refraction, Cowell says, is a brilliant idea. It is based on the equations developed by the young physicist and mathematician Maxwell more than 150 years ago – work for which he is revered, along with Isaac Newton and Albert Einstein, as one of the greatest physicists who ever lived. Einstein kept a photograph of Maxwell on his office wall.

But for generations, theory is about all that it was. Only in the past decade have researchers finally figured out how to create materials of any type that can achieve negative refraction. A way to accomplish that at low cost for the commercial marketplace could be of considerable importance, scientists say.

One application of particular interest is a “super lens,” a device that might provide light magnification at levels that dwarf any existing technology. Many applications are possible in electronics manufacturing, lithography, biomedicine, insulating coatings, heat transfer, space applications, and perhaps new approaches to optical computing and energy harvesting.

The discovery of amorphous metamaterials is an outgrowth of recent findings at OSU about ways to create a metal-insulator-metal, or MIM diode, also of commercial significance. The OSU research is one of the latest advances in “dispersion engineering,” or the control of electromagnetic radiation.