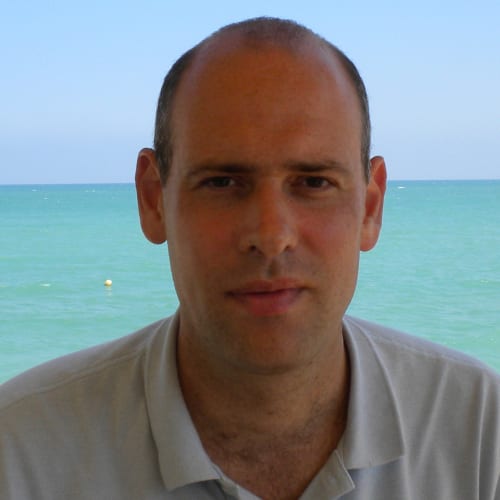 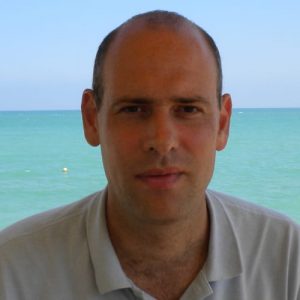 The recent book, Functional Supramolecular Architectures: for Organic Electronics and Nanotechnology, co-edited by Professors Paolo Samorì and Franco Cacialli, provides a comprehensive overview of functional nanosystems. After speaking to co-editor Professor Cacialli, MaterialsViews caught up with Professor Samorì and asked him about his research and his inspiration for the book.

What attracted you to science and how did you get to where you are now?
Since I was a child I have been very curious about the world around me, and I have been striving to understand how simple and everyday things and tools were functioning. That’s probably how everything started and above all the greatest attraction to science is rooted by the chance to express my curiosity, creativity and dedication to develop something useful (can be either something that cannot be materialized like a knowledge, or something more “solid” like a system or a device). This unique chance lasts very long, and this is the reason why I still much enjoy doing research. I developed my career always at the edge between chemistry and physics in the emerging realms of nano- and material sciences. I had the privilege of meeting advisors and older colleagues that offered me the possibility to express my scientific skills and creativity. I was also lucky to be surrounded by very talented students and collaborators who have contributed notably to our progresses.

What (or who) have been your biggest influences or motivation?
Developing something new and uncommon, and share the pleasure with my younger collaborators, i.e. those who really did the hard job!

What would you have done if you had not taken this career path?
Living in the country side, listen to the sounds of nature; hunting and fishing to survive.

What motivated you to choose a career in academia instead of industry?
The freedom to look at the “big picture”, define my goals and pursue them by coming up with thrilling new ideas/concepts. Such a liberty is very rarely offered at the early stages of a career in industry.

What got you interested in functional supramolecular architectures as a subject? How did you develop your current research interests?
Supramolecular chemistry and Lego have many similarities. Modules can be assembled at will to generate something functional. The versatility of supramolecular chemistry and its programmability are crucial ingredients to express creativity and fabricate complex architectures that can be functional. Being interested in nanoscale science for more than 15 years, the route towards complexity in terms of architectures and functions required the exploitation of a bottom-up approach (as a chemist, this is the game I like to play), thus supramolecular science and its approaches came naturally into play.

How does this work fit into a wider scientific/general context? What inspired you to write your most recent book, Functional Supramolecular Architectures for Organic Electronics and Nanotechnology?
Supramolecular science is rapidly evolving from structures to functions, thus expanding from science to technology. Laying the foundation for such a transition is very challenging and requires tackling the topic from the viewpoint of chemists, physicists, biologists and engineers. This is essentially what motivated us and I feel the topic is timely. We had the privilege of having a series of world-leaders who contributed enthusiastically with top chapters to the topic, ultimately showing the high potential for breakthroughs and innovation that characterizes the R&D in the field of supramolecular functional materials.

What influence do you believe your work will have?
Already since 3-4 years, from more conventional structural and architectural studies I drifted the activity of my lab towards properties and more recently towards devices. As a chemist I feel we can contribute to this business by mastering more and more sophisticated structures, thus to propose more and more complex multifunctional systems and devices.

What do you enjoy most about your work?
A scientist working in the academia can be surrounded by very inspiring, enthusiastic and highly talented students and colleagues.

What do you see as the biggest challenges facing the scientific community?
I feel that developing new durable multifunctional devices represents one among the greatest challenges. The can be achieved by integrating different components thus functions in a smart material.

What do you see as the rewards and outcomes of solving such challenges?
In analogy, think what one could do with the first personal computers in the early 80’s and what you can do now. I feel that what we can do with molecule-based devices nowadays is negligible if compared to what we will be able to do with them in 5 years from now.

What do you think are the greatest challenges facing scientists at the moment?
There are many, but I would put the energy and environmental problems in the first place.

What is your biggest passion outside of science?
Spending time with my wife and daughters.

What’s the coolest thing you’ve ever discovered?
Playing with molecules: if I instruct them well, they listen to me! … and not only one at a time!

Finally, what should scientists aspire to?
Push the frontiers of knowledge further and develop something new/uncommon which is useful for mankind.