Many Silver Linings: A New Affordable and Sustainable Way to Produce Silver Nanoparticles 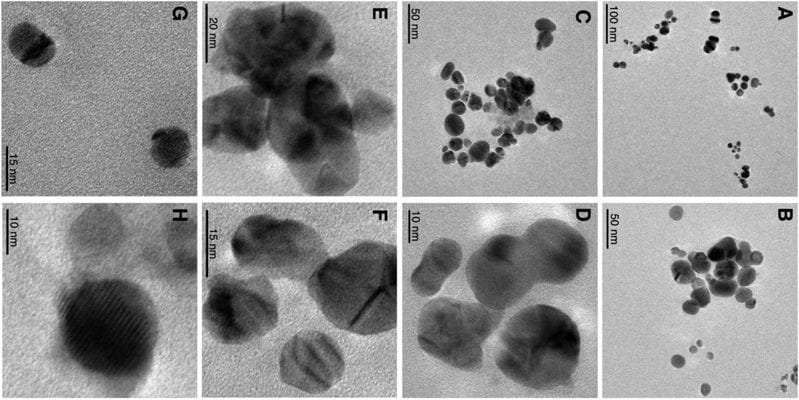 Over past few years, a significant interest has been observed in new applications of plasma-liquid interactions (PLIs), particularly in relation to their usage in environmental engineering, microbiology, analytical chemistry, and nanotechnology. The use of large quantities of nanomaterials, especially silver (AgNPs) and gold nanoparticles (AuNPs) with well-defined optical properties and morphology, appears to be necessary in a broad range of application fields, including medicine, sensing, environmental engineering, and catalysis. As a result of increased demand for AgNPs and AuNPs, low-cost and efficient methods of their production in large scale are required. 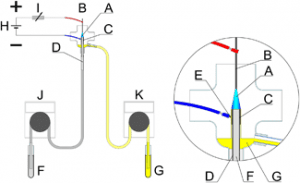 The dc-APGD was generated between a pin-type tungsten solid cathode and the surface of a flowing liquid anode (FLA). In the study well-defined, monodispersed, size-controlled and stable in time GEL-AgNPs were continuously produced with relatively high reaction yield in the mentioned one-step flow-through plasma-reaction system based on dc-APGD.

This research demonstrates that dc-APGD generated in open-to-air atmosphere, and working in a flow-through plasma-reaction system, could be used for effective one-step synthesis of raw AgNPs and gelatin-stabilized AgNPs (GEL-AgNPs) of definite optical properties and morphology.

Although the described plasma-assisted synthesis method was not directly compared with any conventional chemical method, it appears to be environmental-friendly because no toxic reducing agents were used. This simplification of the plasma-reaction system resulted both in decreasing the operating costs and facilitating its possible industrial utilization.