Researchers have utilized silver complexes as lubricating oil additives to engineer an efficient and cost-effective lubricant. 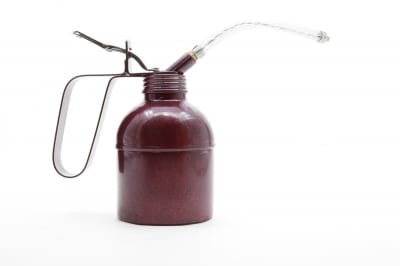 The ever-increasing demands for energy efficiency and high temperature operation of machines require a careful consideration of lubricants for optimal performance. Tribological components like bearings and gears have driven the continual sophistication of lubricating materials and the development of additives which enhance their performance.

These additives are designed to enhance specific attributes of lubricant properties, such as viscosity, performance at particular temperatures, friction and wear reduction, rust and corrosion prevention, or oxidative stability. Conventional oils and greases undergo severe degradation at elevated temperatures, whereas solid lubricants can function at far higher temperatures.

Commonly, graphite and MoS2, which have been studied for decades, are used as lubricant additives, but nanometer-sized particles have more recently made an appearance. Nanoparticles are particularly effective because they form more stable dispersions in oils than do larger particles.

To get an efficient and cost-effective system, Christina P. Twist and co-workers from the Northwestern University in Evanston, Illinois (USA), and the University of Jordan in Amman (Jordan) synthesized two silver complexes and added them to engine oil at various concentrations. Silver is a relatively soft metal and has been previously investigated as a solid lubricant in the form of coatings.

Results of the friction tests and wear measurements indicate a significant reduction in wear and little change in friction. The improved wear performance is attributed to the thermolysis and deposition of the silver-based complexes in the wear scar. However, while the oil and silver complex suspensions were mixed thoroughly before testing for at least 15 min to achieve as homogeneous distribution as possible, some larger crystallites were likely present. This problem can be remedied in future using more lipophilic ligands.