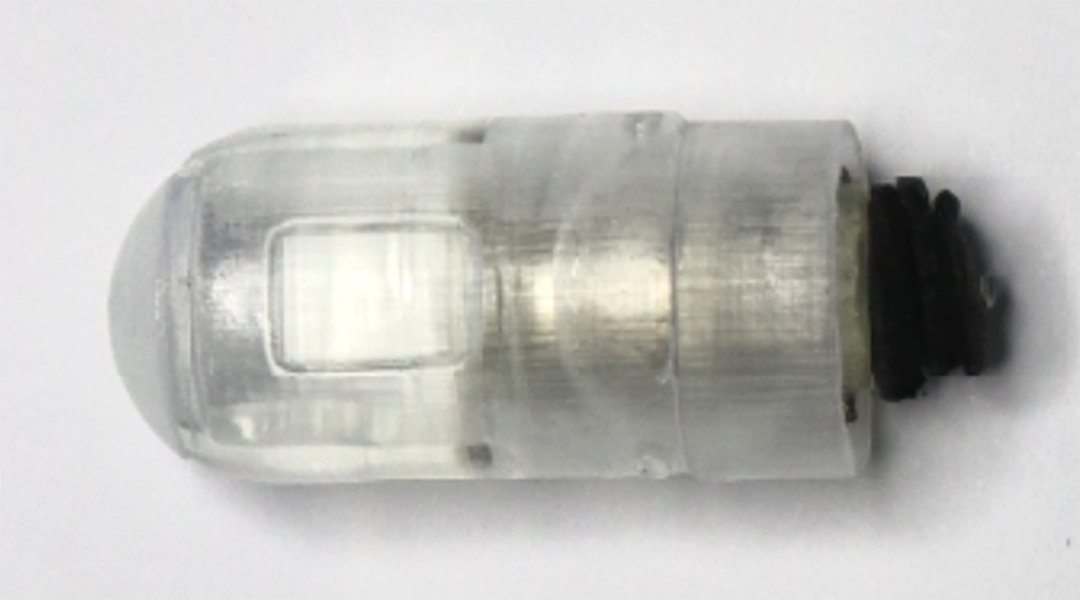 When clinicians need to peer inside the digestive track, the most common approach is to use an endoscope, which contains a camera mounted on the end of a long, thin, and flexible tube. This is understandably invasive, and so researchers have been seeking out alternatives.

“Wireless capsule endoscopes are attracting great attention in the medical field,” said Sukho Park. “These can be swallowed and used to diagnose diseases by observing the inside of the GI tract through a camera mounted on the capsule. This has various advantages to patients and physicians, such as easier operation, better access to internal organs for diagnosis, and being comparatively less painful for the patient.”

Park is part of a team of researchers from DGIST in South Korea interested in developing better therapeutic strategies, such as an intestinal patch, for treating injury and disease in the intestines. “In addition to diagnosis, wireless capsules can be fitted to deliver medications,” explained Park. “In particular, since our new wireless capsule is operated by an external magnetic field, it has the advantage of moving to a target location in the GI tract.”

The literature is populated with studies investigating this strategy, however, these systems have limitations when it comes to delivery, in particular, in treating intestinal lesions. For one, existing capsules navigate the intestines through peristalsis—the natural contraction of muscles—and drug release is triggered through environmental changes, such as pH. This makes drug delivery imprecise and slow, says Park.

Park and his team have overcome these challenges with a newly developed therapeutic intestinal patch made from chitosan and catechol, both of which are biodegradable and biocompatible. “Catechol is a functional group of a protein that causes the adhesion of mussels and makes excellent adhesion between wet organ surfaces and the patch,” explained Park. “In addition, the proposed patch contains magnetic nanoparticles to help us control its movement inside the body.”

When the capsule reaches the desired location, the patch can be moved out remotely, again using the magnetic field. Once the patch contacts the GI tract’s surface, the mucoadhesives connect the two, and the patch becomes separated from the capsule and delivered. Once in place, the magnetic nanoparticles have a secondary role in enabling “hyperthermia” or the release of heat and subsequent drug delivery.

The capsule was shown to successfully deliver multiple patches to lesions in the GI tract in a model. “We equipped the capsule with three patches, and demonstrated our ability to move to the desired location quickly and accurately,” said Park. Some lesions, such as those that cause small intestine bleeding, occur in multiple locations. This is currently difficult to treat, but with the delivery of multiple patches, this changes.

In experiments, the team loaded the intestinal patch with a known anticancer therapy, doxorubicin. When exposed to an alternating magnetic field, the nanoparticles generate heat, which helps promote the release of the drug as the patch dissolves. In cell studies, this combination of heat and therapeutic release resulted in cancer cell death, making the team hopeful that their new technology will translate well into animal models.

To use the proposed patch and capsule in actual clinical situations, Park says his team needs to equip it with a camera to deliver the patch where its needed as well as to develop a method to locate the position of the capsule within the body

Though a proof-of-concept, the team hopes their new patch will improve existing gastrointestinal treatment for a better patient experience and clinical outcomes.