Biodegradable microparticles could be used to fight antibiotic-resistant bacteria

Researchers hope that commercially available inhalers could be used to deliver novel treatment to infected lungs. 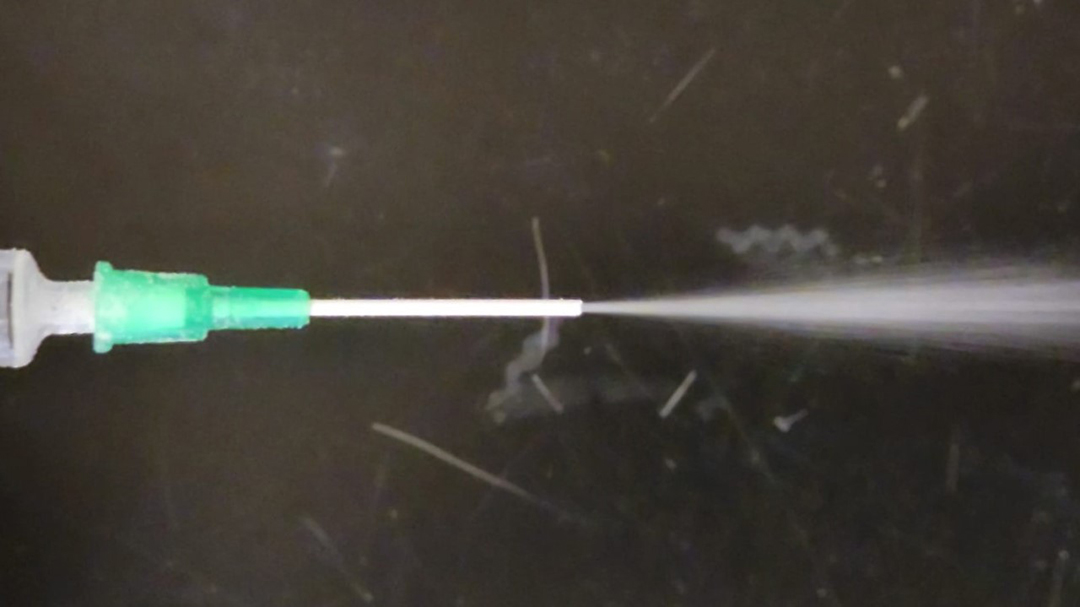 The threat of antibiotic-resistant bacteria continues to alarm clinicians and scientists. These so-called “superbugs” are growing in number and as such, researchers are scrambling to find alternative drugs, chemicals, and even materials that will equip society well in a potential post-antibiotic world.

“The rise of multi-drug resistant bacteria, such as Staphylococcus aureus and Pseudomonas aeruginosa, is very alarming,” explained Andrés García, executive director of the Parker H. Petit Institute for Bioengineering and Bioscience at the Georgia Institute of Technology. “Such resistant bacterial infections are responsible for diverse community- and hospital-acquired infectious diseases. In some cases, these bacteria are resistant to all but a few last-resort antibiotics. Bacterial pneumonia and bacterial lung infections in patients suffering from cystic fibrosis, a genetic disorder, are very challenging to treat. Thus, there is an urgent need to develop alternative non-antibiotic therapies.”

García and his team, in collaboration with researchers at the Emory University School of Medicine, have developed a new form of treatment that delivers bacteriophages encapsulated in biogradable polymers, and which are taken through inhalers.

“Bacteriophages, or phages, are viruses that infect and kill a specific type of bacteria,” explained Pranav Kalelkar, a graduate student in García’s group and first author in their paper highlighting this treatment in Advanced Healthcare Materials. “Upon infecting the bacterium, phages hijack the bacterial machinery to produce multiple copies of itself, which ultimately leads to bacterial death. This mechanism of action, which is different than that of antibiotics, renders phage therapy effective against multidrug-resistant bacteria. Basically, bacteriophages are predators of bacteria, and developing a bacteriophage therapy is like employing the adage: the enemy of my enemy is my friend!”

Phage therapy has been known about for quite a while — indeed, bacteriophages were first discovered in 1915, long before antibiotics — and they are gaining more attention again with the rise of antibiotic-resistant bacteria. One of the hurdles of phage therapy, however, is effectively encapsulating the phage in a suitable medium that allows it to effectively reach its target in patients.

This is where García and his team come in.

Four years ago, his team showed that phages encapsulated by microparticles made from poly(lactic-co-glycolic acid) (PLGA) effectively mitigated lung infections caused by P. aeruginosa. PLGA is a well-known biodegradable and biocompatible co-polymer used in a wide range of clinical applications from implants to drug delivery.

What he and his colleagues wanted to try this time was see if this method could be applied against both P. aeruginosa and S. aureus — S. aureus is another bacteria that causes lung infection but behaves differently to antibiotics and our body’s natural immune response. A phage therapeutic strategy that can tackle both bacteria would be a big step forward.

The process of encapsulating the phage in PLGA is relatively straightforward, as García explains: “We load bacteriophage on microparticles by simply mixing the two in an aqueous media for a specific amount of time and under specific conditions.” Four hours at room temperature before being centrifuged for five minutes, as it happens.

The aerodynamic properties are important because these microparticles are delivered via an inhaler; a direct method of delivering phages to the lungs.

“An advantage of this formulation is that it can be delivered as a dry powder, in contrast to majority of developmental bacteriophage therapies that utilizes liquid formulations,” explained Kalelkar. “While additional studies need to be carried out in larger animal models and humans, we envision that a dry powder inhaler, a commercially available device, would be used to deliver this formulation to the patients.”

“The next steps,” added García, “would be to validate the efficacy of the formulation to treat bacterial lung infections in a large animal model, such as pigs, that share anatomy, biochemistry, physiology, size, lifespan, and genetics with humans. The next steps would also involve evaluating the efficacy of this formulation against chronic bacterial infection and in animal models that manifests genetically modified disorders such as cystic fibrosis. While there is still a lot to be done, we are optimistic to get this tech in a clinical setting in the next few years.”

Furthermore, it is hoped that the applications don’t end with these specific bacteria as targets. “The other exciting aspect of this project is that the microparticle-based platform described here can be utilized to deliver other agents to the lungs to fight a variety of infections and diseases. With the rising challenge of bacterial and viral lung infections, the possibilities for the microparticle delivery system are endless.”

3D Printing Electronics Using a Multi-Material Approach
Hybrid conferences, a happy medium
Einstein-Besso manuscript on the perihelion motion of Mercury sold for record amount
Shirley Meng: "This is materials science, it is the bread and butter of our work"