Improving PEEK Polymers Through Plasma By Drying and Storing

A French team of scientists studied the effect of the atmospheric pressure plasma treatment on poly‐ether‐ether‐ketone (PEEK) surface in terms of wettability and practical adhesion towards metallic thin films as well as the evolution of the wettability of PEEK surfaces regarding the aging of plasma treatment. 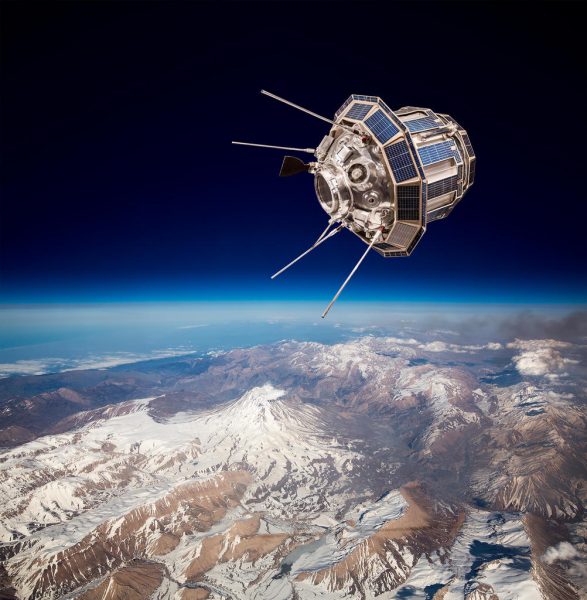 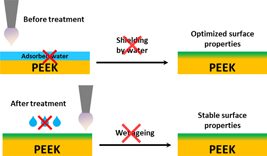 Poly‐ether‐ether‐ketone (PEEK) surfaces have been treated by atmospheric pressure plasma to increase their surface free energies − and hence, their adhesion potential towards metallic coatings as assessed by pull‐off test.

Among all the dry‐phase processes, plasma treatments have long been developed to enhance polymer or composite wettability. PEEK is a well‐known thermoplastic for its remarkable mechanical properties and for its thermal and chemical stability. PEEK is biocompatible thanks to its high chemical inertia, and could be used in biochemical applications such as a substrate for an antibacterial metallic medium or implants with promoted cell adhesion. Moreover, surface metallization is also needed to overcome the poor electric conductivity of polymers, especially for electronic applications.

Nevertheless, the aging of the plasma treatment before coating is critical as several studies report on surface energies which revert to their initial values with time depending on the material and plasma parameters. There are multiple causes of the aging process of which the polymer itself, mainly by its intrinsic surface energy, is an important parameter: this phenomenon of polymeric surface reorganization can be modelled.