Advanced Materials board member Xiaodong Chen on his scientific and personal motivations. 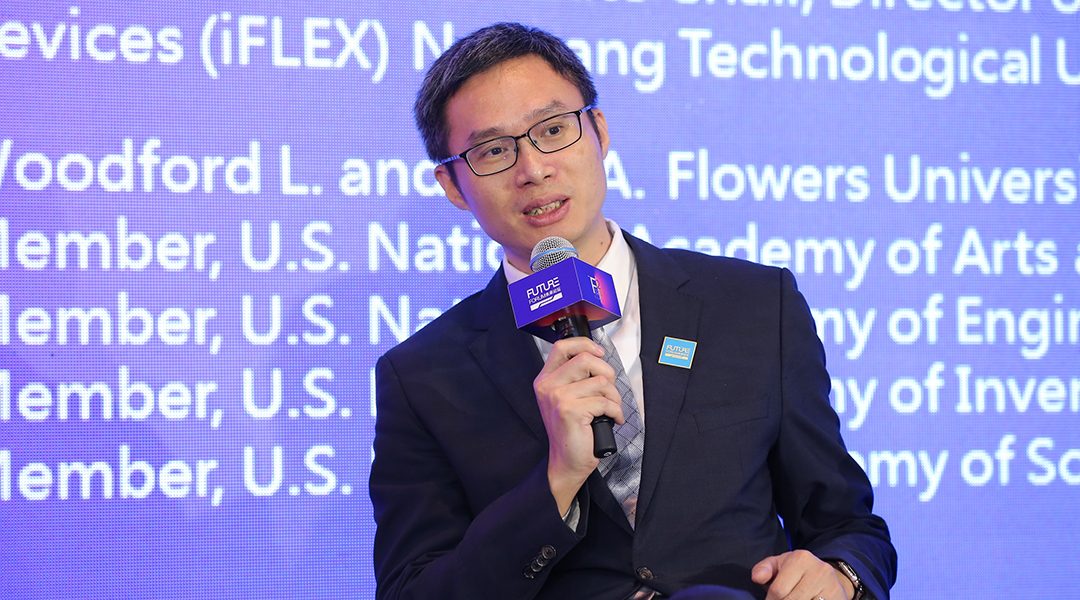 Xiaodong Chen is a professor of materials science and engineering (and of physics and applied physics by courtesy) at Nanyang Technological University in Singapore, the Director of the Innovative Centre for Flexible Devices (iFLEX), as well as the Max Planck—NTU Joint Lab for Artificial Senses. His many research interests include mechano-materials and devices, integrated nano-bio interfaces, flexible and stretchable electronics, and cyber-human interfaces.

He was not always destined to become a scientist, though; when Chen was a child, he wanted to become an architect. His father was a builder in a rural area in South China, and occasionally Chen went to the construction sites where his father was working. At that time, Chen hoped that he could design such buildings himself, later.

However, while he grew up, Chen was also fascinated by the production of crops (e.g., rice, wheat, sweet potatoes, and peanuts) and fruits (e.g., longan, litchi, and oranges) from the agricultural land around him. His curiosity led Chen to ask how this is possible, and this is what ultimately made him choose science as a career path instead.

Discussing who were the people who have influenced his thinking the most, Chen remembers his Ph.D. supervisors Prof. Lifeng Chi and Prof. Harald Fuchs at the University of Münster. Chen’s background was chemistry, whilst both of these supervisors are experimental physicists. They opened the door for him to enter nanoscale science and nanotechnology, explore interdisciplinary research, enjoy scientific research, and develop solid science.

Moreover, it was them who taught him how to be adaptable in a multicultural environment.

Chen also mentions his postdoctoral supervisor, Prof. Chad Mirkin at Northwestern University, as an outstanding chemist whose research discoveries and innovations have led to over 2000 commercial products that are being used worldwide. Chen most admires his relentless determination in developing DNA- and nanoparticle-based technologies to solve problems present in our daily lives.

When asked about the biggest challenge in his career, Chen chooses without a doubt educating and enabling his students. Chen sees that the world is in a status of dynamic change, and ensuring that the next generation is ready and can contribute to the science community is an important challenge as a professor, he thinks. Therefore, with “instead of giving someone a fish, why not teach them how to fish?” as his life motto, Chen always gives early-career researchers the advice to be extremely patient, think critically, stay curious, and aim for deep impact.

With genome editing  being in his opinion the greatest scientific advance of the last decade, Chen believes that cyber-human systems, as one of his key efforts, will become one of the “hottest” topics in science soon.

Such systems involve complex and increasingly coupled relationships between humans and technology, with the broad goal of advancing human capabilities: perceptual and cognitive; physical and virtual; social and societal.

Chen’s team explores cyber-physiochemical interfaces by linking electronic and computing technology with biophysical and biochemical signal output. The main aim of this research is to build a technological platform that can extract and analyze complex physical and biochemical signals, and present a feedback that is intuitive to users. Ultimately, this could become a successful example of transdisciplinary and convergent research to advance science and technology.

Aside from his professional life, Chen loves playing and watching sports, such as badminton, basketball, and soccer. This doesn’t only help him to improve fitness and health while keeping weight under control, but it also offers a boost to his social and mental well-being, he finds. For the rest of his spare time, Chen likes reading books on various subjects, stating that there is a rich source of information to be found only in books—whenever Chen reads a book, he says he always learns new information that he otherwise would not have known.

To find out more about Xiaodong Chen’s line of research, please check out his review on “Biomechano-Interactive Materials and Interfaces” in the Advanced Materials Hall of Fame virtual issue.