Kilwon Cho is a materials scientist who hopes to see his research on organic electronics applied in everyday life. 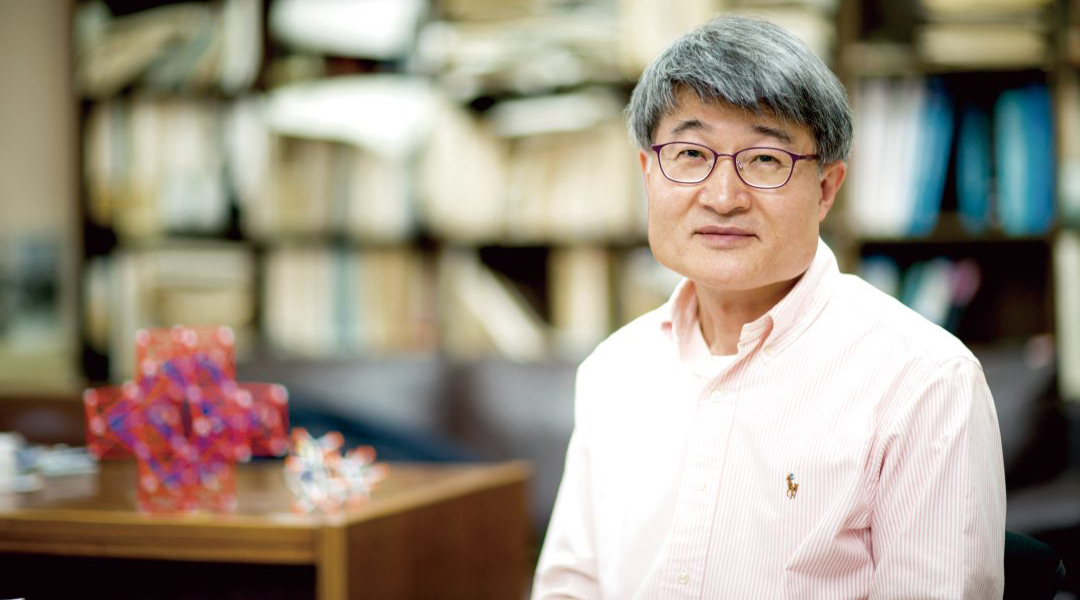 Growing up, Kilwon Cho already wanted to become a scientist. While other children were playing outside, he was reading books, including “Thirty Years That Shook Physics: The Story of Quantum Theory”, by George Gamow. Immediately, Cho was fascinated by the story of quantum mechanics, as well as the personal anecdotes of many of the great 20th century quantum physicists.

After finishing his PhD at the University of Akron, USA, Cho listened carefully to the advice of his supervisor Prof. Alan N. Gent, who advised him to “think and do things differently”. Taking this advice, he moved back to South Korea to start his own research group at the Pohang University of Science and Technology (POSTECH), focusing on interface engineering of organic electronics.

Since 1988, Cho has been a full professor in the Department of Chemical Engineering at POSTECH, and recently became the director of the Polymer Research Institute and the Global Frontier Research Center for Advanced Soft Electronics.

The paradigm of technological development for future electronics has been progressing toward soft electronics that are easy to use, wearable, portable, and that communicate with a ubiquitous computing environment (e.g., the Internet of things, IoT). Fast advances in flexible and stretchable materials based on organic semiconductors have enabled many developments in soft electronics. For example, flexible displays, wearable or body-adapted sensors for IoT and healthcare have been developed, along with progress in technologies of organic electronics, such as thin-film transistors, light-emitting diodes, and solar cells. However, the electronic characteristics of organic semiconductors are intrinsically inferior to those of inorganic counterparts, mainly because of their low charge-transport capability. Realization of practical soft electronics therefore requires understanding of the mechanisms of charge transport in organic semiconducting materials, and application of this understanding to develop novel organic semiconducting materials.

The discovery and development of conducting polymers opened a new field of organic electronics, including organic light emitting diodes (OLEDs) and organic photovoltaics. Nowadays, OLED technology is widely used in cell phones and TVs in everyday life. Besides the aforementioned technologies, advanced soft organic electronic devices, such as foldable mobile phones and skin attachable health monitoring systems, improve the quality of life for the general public. The ultimate goal of Kilwon Cho’s research is to find his research in everyday applications. While not being there quite yet, so far his ground-breaking research has made many important contributions to science, bringing electronic applications a major step closer!

As Prof. Kilwon Cho says: “Organic electronic devices will alternate many rigid electronic devices in the future, making a deep plunge into everyday human life.” Any advice for the next generation scientist? “Yes, think and do things differently.”

An Unsinkable, Spider-Inspired Metal
Eco-friendly glue sticks to the basics
How virtual reality causes (and cures) fear
Pioneers in Science: Gertrude B. Elion