Growing nerve cells: The longer the cell, the better the model

Nerve cells are difficult to study in cultures as conventional experiments don't allow natural growth, but a new platform aims to change this. 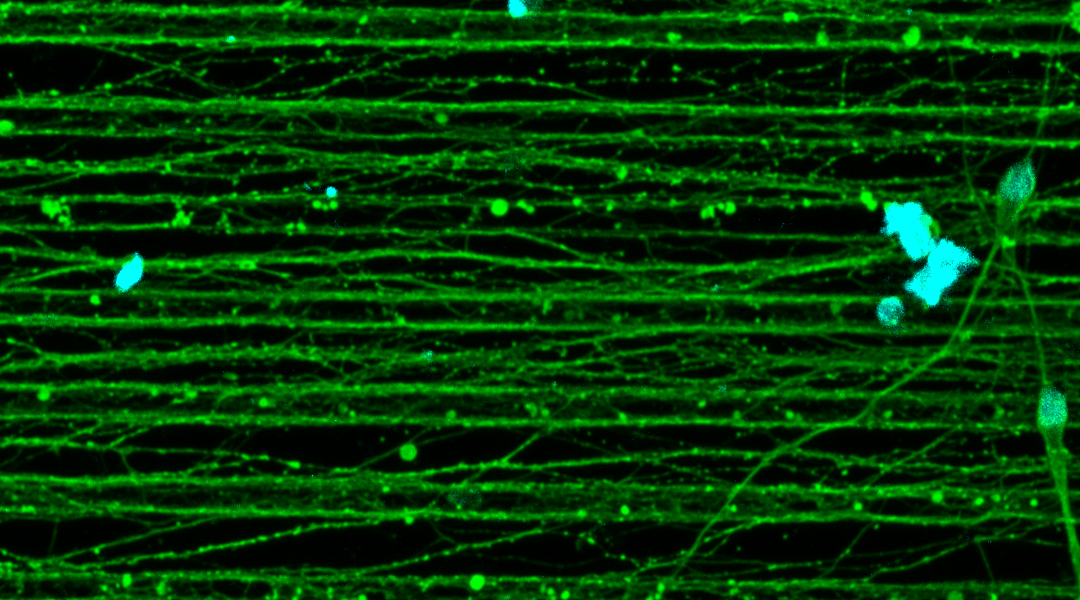 Accurate and reproducible in vitro modelling of nerve cells are essential for studying the nervous system and neurodegenerative disorders. While much of our recent understanding of cellular biology comes from studying various cell types in artificial systems as well as advances made in modelling diseases using on-chip devices, specific cell types are more difficult to study outside their native environment.

In particular, nerve cells that carry impulses through the body using long, slender projections called axons can extend up to one meter in length. These long cells are difficult to study using conventional in vitro platforms due to the restricted growth of axons in these devices, limiting the information scientists can glean from them.

That is why Andrea Serio and his research team at the Francis Crick Institute and the Centre for Craniofacial & Regenerative Biology, King’s College London have developed a technique to study the effect of axonal length on motor neurons. “They are the primary target of several neurodegenerative disorders, like Amyotrophic Lateral Sclerosis (ALS), for which currently we have no cure nor a full understanding of why these neurons are particularly affected,” explained Serio in an email.

“We started from the simple question: Does axonal length in vitro matter to the overall development and function of the motor neurons?” he continued. “We used our platform to systematically compare neurons at different lengths, as well as to grow the neurons to lengths that are normally not achievable with conventional platforms.”

The team fabricated surfaces with microgrooves that were coated with proteins to guide nerve cells and grow extended axons. The lack of directionality and control over the length of axons in conventional culture systems make it impossible to assess their length at the population level.

Serio’s team classified neurons with axons of 2-3 mm as short and those reaching 1 cm as long based on their observations — this is in comparison to the length of neurons in conventional cultures, which usually have a length of several hundreds of µm. They discovered that the axon length above a certain threshold influences some of the key cellular processes related to its metabolism.

“Several of these key length-dependent changes in the neurons were in key mechanisms of maintenance of the cell, RNA translation and mitochondrial maintenance, which also happen to be key disease processes for the neurodegenerative disorders that target these neurons,” explained Serio.

These findings suggest that shorter axons in conventional experimental platforms may not capture the important aspects of their longer counterparts, as the nerve cells can sense their own length and change their function in distal portion of the axon.

“To gain a deeper understanding of the underlying mechanisms, we are currently expanding this study to other species and other neuronal subtypes,” added Serio.