A new in vitro model of the body's immune system better predicts its response to new therapeutics, potentially lowering the high costs and low success rates of drug discovery. 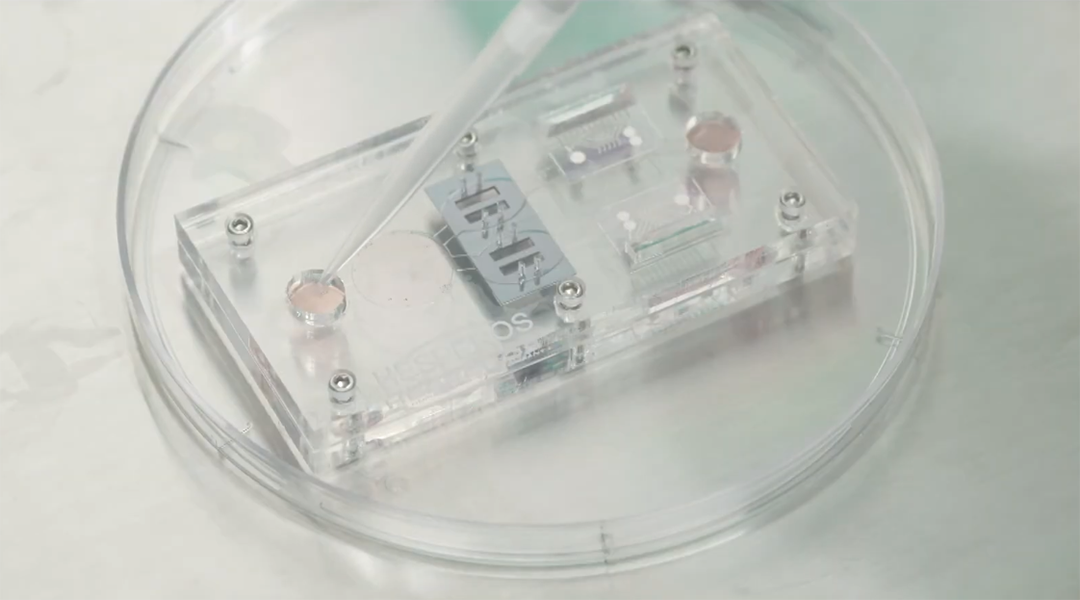 The human immune system is incredibly intricate and complex, and plays a vital role in maintaining our health by protecting us from disease. However, accurately modelling the immune system in order to develop new therapeutics and vaccines is quite challenging, especially when it comes to evaluating the body’s immune response at the preclinical level — the stage before human testing can begin.

As such, scientists are looking for models to better predict how a therapeutic will behave in vivo to minimize the high costs and low success rates currently associated with the drug discovery process. One promising technology could help solve these problems: the “human-on-a-chip.”

These are in vitro systems in which multiple organs are connected via an artificial bloodstream to model how the body will respond to new therapies. They have been gaining interest in recent years as viable alternatives to animal models, with the ability to explore important parameters such as pharmacodynamics (how a drug moves through the body) and pharmacokinetics (the body’s biological response to a drug). While these systems are key technologies that many predict will help drive drug discovery, current models lack the ability to accurately measure the body’s immune system.

To this end, a team of researchers from Hesperos Inc., in collaboration with Hoffmann-La Roche Pharmaceuticals, have created a “human-on-a-chip” in vitro system that contains a functional human innate immune system.

“There are currently no in vitro models of recirculating immune cells in multi-organ systems, and none that can reproduce the major functions of the innate immune system,” said James Hickman, Chief Scientist at Hesperos and professor at the University of Central Florida and the study’s corresponding author.

“We have developed a platform that can contain three or more organ mimics — in this case a heart, muscle, and liver — that are connected together by a recirculating blood mimic that contains monocytes, one of the key cells involved when your body tries to defend itself when it is attacked by something to which it has not previously been exposed. The specific immune cells used, monocytes, can either turn into pathogen-killing macrophages or restorative macrophages depending upon the signals it receives from the organ mimics or in the recirculating medium.”

The team’s immune-system-on-a-chip has the potential to investigate immune response following treatment with biological medications, which are extensively used to treat various cancers, infectious diseases, and inflammatory disorders, and generally illicit an anti-drug immune response. This is especially important for biologics utilized in oncology where animal models do not represent these adverse human interactions reproducibly. “It can also be combined with other immune cells, such as with T-cells, to understand rare but important adverse reactions in new cancer therapies,” added Hickman.

This ability to model immune response is especially relevant given the current global pandemic. “One application where the immune-system-on-a-chip can be immediately useful is in uncovering how the SARS-CoV-2 virus directly affects multi-organ systems by activating the cytokine storm from inflammation macrophages, as well as support the rapid development of therapeutics,” said Michael Shuler, Chief Executive Officer of Hesperos. “As the global pandemic of COVID-19 continues to grow, this system has the potential to quickly evaluate antiviral and repurposed drugs to help combat this devasting disease.”

In addition, according to the team, the most striking feature of their immune-system-on-a-chip is its ability to emulate different immune reactions and distinguish between macrophage phenotypes, which are triggered under different “threat” conditions. Knowing how the immune system responds to a new therapeutic could help researchers determine how to minimize these harmful side effects and help drugs to progress through clinical trials more quickly.

In the first instance, the team emulated tissue damage in the system’s heart by introducing amiodarone — a well-characterized cardiotoxic compound that adversely affects beat frequency and force. Compared to amiodarone alone, the presence of both amiodarone and THP-1 immune cells (which naturally respond to tissue damage in the body) led to a more pronounced, adverse effect on the heart, such as reduced cardiac force, conduction velocity, and beat frequency. The researchers also determined that the THP-1 cells infiltrated the damaged cardiomyocytes and induced significant increases in a compound called cytokine IL-6, which is characteristic of a M2 macrophage phenotype. The other organ mimics were not affected.

The second response was a broad activation of immune cells, which mimics acute inflammation and the cytokine storm. Here, the three-organ system was exposed to lipopolysaccharide (LPS) and interferon gamma (IFN-γ). In the absence of THP-1 immune cells, LPS/IFN-γ treatment had no significant effect. However, with the addition of THP-1 immune cells, LPS/IFN-γ treatment caused cellular damage to all three-organ components. Additionally, there was an upregulation of pro-inflammatory cytokines, indicating an M1 macrophage phenotype, which is analogous to the cytokine storm found during certain reactions to biologic therapeutics.

“We believe we can begin applying this system directly for applications in infectious diseases and it indicates a giant hurdle has been overcome in this new human-on-a-chip technology by establishing a recirculating immune system that has demonstrated the two major functions of the innate immune system,” added Hickman.

“Tissue chips are a promising technology for accelerating the preclinical timeline and getting treatments to patients more efficiently,” said Danilo A. Tagle, Ph.D., associate director for special initiatives at NCATS. “Finding improved ways to study immune responses has tremendous implications for drug discovery and the development of more effective personalized medicines in diseases that affect multiple organ systems.”