Assembly of metallic nanoparticles into chains or plasmonic networks is affected by temperature and kinetics. 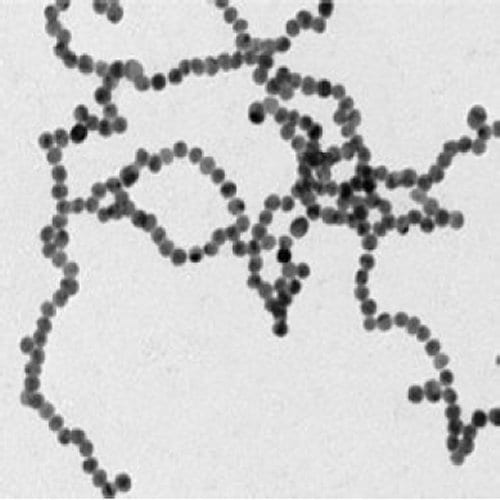 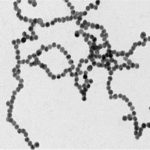 Assembly of metallic nanoparticles into chains or plasmonic networks is affected by temperature and kinetics, say UK and French scientists.

Assemblies of nanoscale components are important for many areas of science including understanding how life came about, and in the drive to make smaller computers and other technologies. Gold nanoparticles are an important part of this study because they are good models for other, more complex systems and they can be easily functionalized to achieve different goals. Gold nanoparticle assemblies have interesting plasmonic properties, which means that they have complicated and useful interactions with light. This characteristic makes them appealing, for example, in analytical applications.

Metallic nanoparticles can assemble via several different routes, including templated mechanisms, molecular recognition, or environment-induced separation. Functional groups on the surface of the particles can cause them to interact and assemble in a certain way, and addition of a ligand to the surface of gold nanoparticles appears to cause an induced electric dipole, along with partial ligand exchange on the surface, that together lead to assembly of the particles in chains or networks.

Steve Mann and a team at University of Bristol, UK, in collaboration with Erik Dujardin at CEMES-CNRS, France, have studied this system in depth. They investigated the growth of plasmonic gold nanoparticle networks by the addition of a ligand, and demonstrated that the system is globally under thermodynamic control but that kinetics aspects play an important role in determining the self-assembly process.

Mann and his team show that formation of the nanoparticle chains is optimized at 25°C–30°C and follows first-order kinetics with respect to nanoparticle concentration. At lower temperatures, plasmonic nanoparticle networks are produced, but at a considerably reduced rate. At higher temperatures, short-chain networks form but then a secondary mechanism takes over that limits chain growth, producing small fragments or isolated nanoparticles only. They attribute the changes in behavior to temperature-dependent ordering and disordering of ligand molecules associated with the Au nanoparticle surface.

The team show that this approach can be exploited to introduce different, doping nanoparticles into the networks, which change the assembly shape (e.g., chain vs. network) and thus the properties of the network considerably.

The scientists believe that this mechanism is also relevant to other metal nanoparticle assemblies, which gives it great importance across much of chemistry, biology, and physics. Specifically, understanding the mechanisms associated with the organization of gold nanoparticle plasmonic superstructures should provide useful information for tailoring light fields with unprecedented spatial and spectral precision.

Printing in color with photoswitchable polymers
Magnetic bacteria for drug delivery
X-ray fingerprints of novel photocathode materials: A new route for theory and experiment to join ha...
Taking the sting out of dental procedures with microneedles