Conflict between theory and observational evidence suggests a missing ingredient in our understanding of the early Universe. 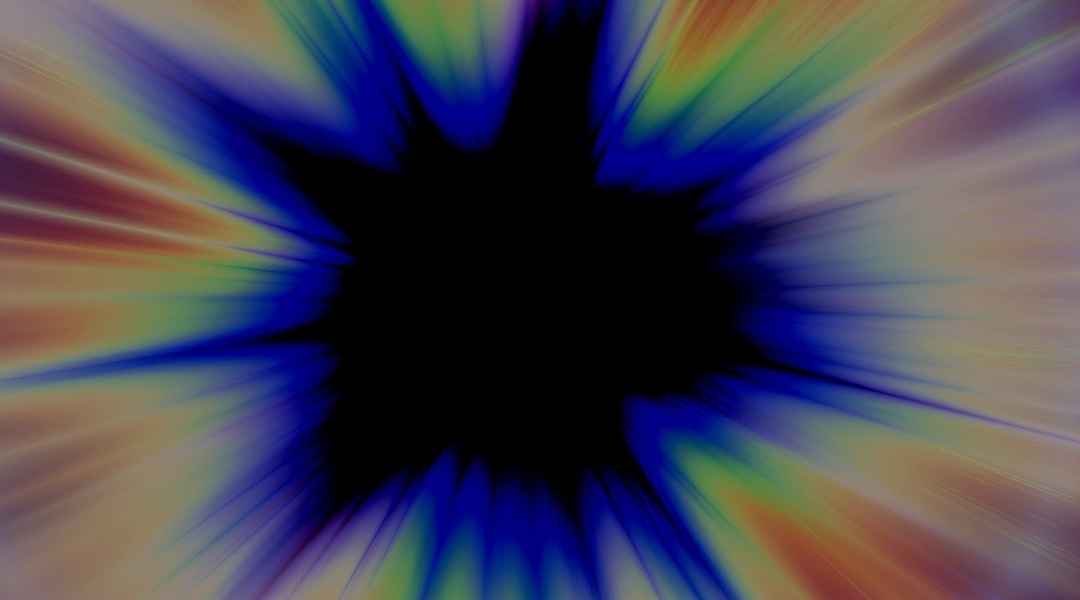 Einstein’s theory of general relativity, formulated in 1916, treats gravity as a deformation of spacetime as a result of different particles and fields. Together with the Standard Model describing electromagnetic, weak and strong forces, it constitutes the basis of our modern understanding of particle physics.

Despite the remarkable success of this theory in explaining gravitational effects on the scales of planets, stars, and galaxies, general relativity still has its limitations. It has been known for around a century that it doesn’t explain quantum effects, which in the case of gravity are expected to become important at the scale approximately 20 orders of magnitude smaller than the size of an atom. This means that to describe the physics of gravity at such extremely small distances, one cannot use general relativity.

However, recent astronomical observations indicate that on the largest of scales — that of the entire Universe — general relativity may also lose its validity.

To determine whether general relativity or any known modification provides a correct theory of gravity on this grand scale, an international team of physicists led by Professor Levon Pogosian of Simon Fraser University analyzed a large body of astronomical data and concluded that all known theories of gravity have some form of tension with current observations.

Einstein’s theory of general relativity has successfully passed many experimental tests. The first dates back to the beginning of the 20th century, when it was found that general relativity could explain the peculiarities of Mercury’s trajectory, and correctly predicted the angle of light deflection by the Sun.

Since then, the validity of this theory has been confirmed in a series of experiments and observations, culminating in the detection of gravitational waves in 2015 and the first image of a black hole in 2019 — the existence of which was an exciting prediction of general relativity.

However, in the 1933, it was noticed that in order for the observed velocities of stars in distant galaxies to not contradict those predicted by general relativity, the galaxies must contain a large amount of an unknown substance dubbed dark matter.

Moreover, the 1998 discovery of the accelerated expansion of the Universe forced scientists to introduce another ingredient into the theory called dark energy, which is sometimes interpreted as the energy of the vacuum, and according to Einstein’s theory, causes the expansion.

For general relativity to be consistent with this astronomical data, these two entities—dark matter and dark energy—must account for about 95% of all energy in the Universe. However, neither have manifested themselves in any laboratory experiments, and their origin and properties do not have a reliable theoretical explanation, which has led some scientists to think that they may not exist at all.

Even more difficulties arose after the discovery of what astronomers called the Hubble tension, in which the values of the expansion rate of the Universe measured in different experiments contradict one another. For example, in observations made of supernova explosions and the properties of the cosmic microwave background — radiation left over from the Big Bang.

“The discrepancy does not automatically mean that general relativity is incorrect or that something else is wrong with our cosmological model,” said Pogosian in an e-mail. “We have to keep an open mind and allow for something yet unaccounted for in the data analysis. However, this possibility has been (and continues to be) under tight scrutiny and, so far, the tension only got stronger with further analysis.”

Nevertheless, many cosmologists wonder if the contradictions between theory and observation should be resolved by a modification of the theory of gravity. Possible improvements of general relativity have been studied by researchers for decades, but the most popular of them is a set of theories proposed in 1974 by Gregory Horndeski of the University of Waterloo, Canada, in which the details of how matter curves spacetime may differ from Einstein’s theory.

Finding a correct theory of gravity

According to general relativity and Horndeski’s generalizations, the influence of gravity on the evolution of the Universe can be divided into three parts: gravity’s effect on matter, radiation, and the expansion of the Universe.

To determine if there is a theory of gravity whose description of these effects agree with observations, Pogosian’s team combined astronomical data collected by a number of ground-based and space-based observatories and compared the data with predictions made using these different theories.

They found an unsurprising mismatch between Einstein’s theory and observations, which is expected due to the previously mentioned Hubble tension. However, what is more interesting is that none of the Horndeski’s theories gave results consistent with observations.

This means that if the observational data are accurate, a more radical modification of general relativity is needed than that proposed by Horndeski. It may include some new particles or new interactions that contribute significantly to the evolution of the Universe.

“The observational evidence suggests that the missing ingredient is likely to be in our understanding of the early Universe, namely, the epoch just before recombination — the time when the cosmic microwave background was produced,” said Pogosian. “Popular ideas include early dark energy, primordial magnetic fields, new types of neutrinos, interacting dark matter, and some others.”

A possible problem with the accuracy of experimental data will hopefully be solved with the next generation of telescopes. If future observations confirm the correctness of the data used by the scientists, this will mean that our current understanding of gravity is incomplete and needs to be improved.

“The next generation of the cosmic microwave background experiments, such as the Simons Observatory and CMB-S4, will have much better sensitivity and resolution and could rule out or confirm some of the contending theoretical proposals for solving the Hubble tension,” concluded Pogosian. “The ongoing and future galaxy survey, such as DESI, Euclid, Vera Rubin and SKA, when combined with the cosmic microwave background data, will offer very stringent tests of general relativity.”

With fewer disruptive studies, is science becoming an echo chamber?
Pioneers in Science: Millie Dresselhaus
Art of Polymers compositions transform chemicals into a concert
Perpetual loneliness linked to a lack of trust