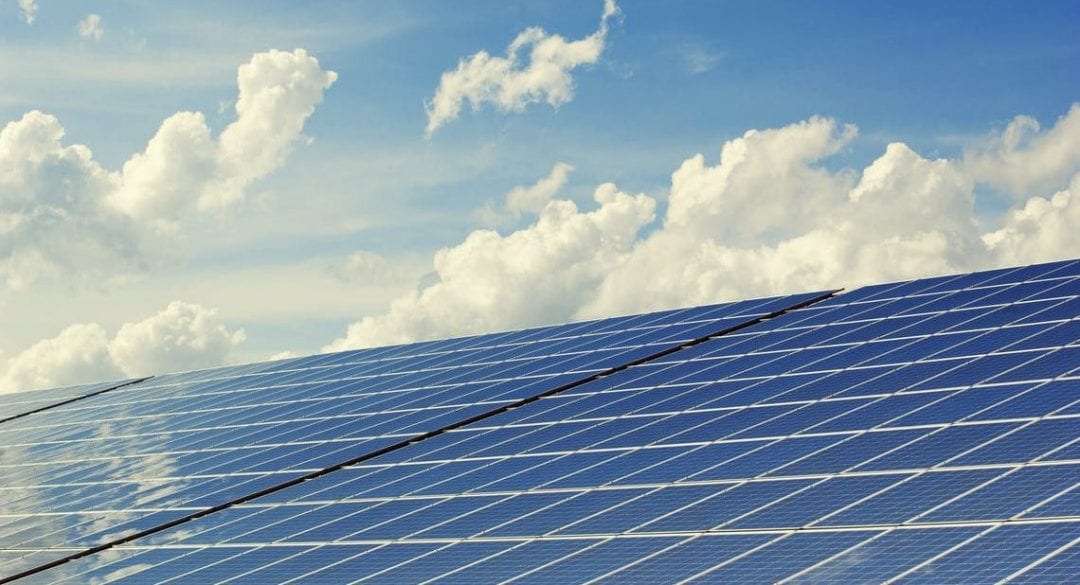 Zinc oxide (ZnO) is a material of great interest that is widely used in numerous applications such as ultra-violet (UV) absorbers in suntan lotion, as a transparent and conductive layer in solar panels, and as a piezoelectric material which you can find in the printers at your work to state of the art medical equipment. Interest in developing porous ZnO nanocrystalline film has increased because of its high surface area, increased photocatalytic activity and long-range charge transport. 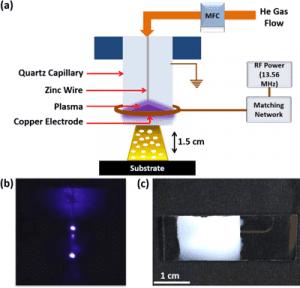 (a) Schematic of the synthesis set-up. (b) Photo of the plasma in operation. (c) Deposited ZnO film (white region) on indium-tin oxide-coated glass substrate.

However, scalable synthesis of porous nanostructures has been a challenge. Atmospheric pressure plasma (APP) has been used for the deposition of ZnO films seeing as APPs have gained attention due to low-cost, process flexibility and the potential of scale-up.

Only a few reports have demonstrated ZnO film deposition by APP, some of them using salt precursors to deposit the ZnO films. However, the use of salts as precursors may affect the purity of the film and therefore the use of pure solid precursors can be highly advantageous both for improving the purity and reducing associated costs. British researchers came up with something new: using environmental oxygen.

The researchers also investigated the energy band structure of the deposited film to understand the corresponding band alignment, which is relevant to many applications.