Direct air capture can find its roots in antiquity and will be a major technology for the future. 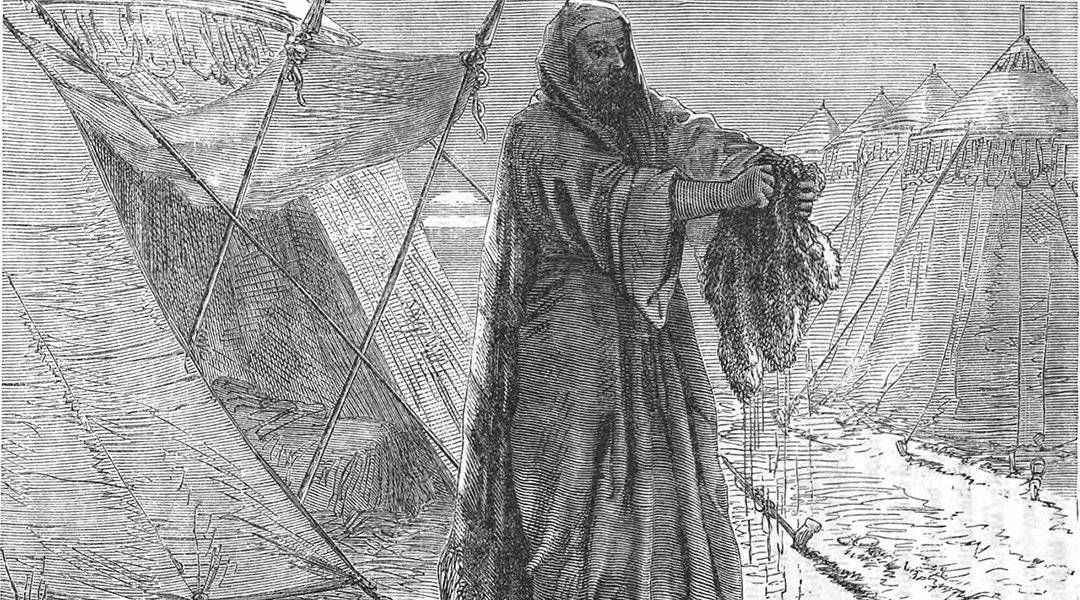 In 1999, Klaus Lackner, a chemical engineer at Arizona State University, was recognized as the first to suggest that capturing carbon dioxide directly from air — in a process known as direct air capture — would likely prove to be the most effective means of ameliorating climate change. Today, land-based and even mobile direct air capture facilities are emerging rapidly and have garnered the most attention as an effective means to alleviate global warming.

But one of the main challenges faced by direct air capture is scaling the technology to globally meaningful gigaton-per-year proportions. This will necessitate creative implementation strategies to manage the very high entropic energy demand of collecting and concentrating CO2 from air, while minimizing the diversion of already-stretched renewable energy resources.

With the ”race for direct air capture” in full swing, in this article I would like to devote a little attention to some key milestones in the fascinating history of the discovery of the ”sorption” effect, with some thoughts as to how the early pioneers enabled the excitement and enthusiasm about the field today.

Note, here sorption is defined as the capture of a gas (the sorbate) by a solid or liquid (the sorbent), upon which many of today’s direct air capture technologies are founded.

It turns out that the roots of sorption can be found in antiquity. At the time, it was applied with little understanding of the origin of the effect. In more recent times the theoretical and experimental concepts and principles of sorption have been revealed.

To elaborate, the earliest record of vapor phase sorption can be traced to Gideon’s fleece test, described in the Bible (Judges 6.36-40) around 1100 BCE. This involved the condensation of water from dew on freshly stranded wool fibers in a fleece, from which enough water could be wrung to drink, as seen in the etching. This “miracle” was interpreted by Gideon as a prophecy, a divine instruction to begin a war (which he won) rather than a natural phenomenon.

Today’s explanation for Gideon’s earliest recorded experiment on water sorption rests on the high surface area of the fleece fibers of ancient sheep exposed to humid air, which functioned as efficacious dew collectors. With around a million wool fibers of known average dimensions in half a kilogram of fleece, it is estimated that 4.5 kg of fleece could collect around 3 kg of water. Therefore, it is reasonably explained how Gideon could collect a bowl full of water condensed within the fleece.

In the ancient world multiple uses were discovered by the Egyptians and Phoenicians for activated carbon or charcoal to sorb unpleasant odours, purify water, and as a cure for many medical ailments.

Later in the 18th century, Carl Wilhelm Scheele, a Swedish–German chemist, recognized as one of the discoverer’s of the respiratory gases, is also well-known for his systematic investigations of the sorption and desorption of air on powdered coal contained in a retort.

Scheele observed this by the contraction and expansion of an attached bladder containing air visualized on cooling and heating the carbon sorbent, illustrated in the etching below. The volumetric changes permitted quantification of the amount of air sorbed and desorbed in the process. In this period, it was noted in an English sugar refinery that the dark colored, pleasingly sweet natural product could be decolorized and made a whiter, more appealing product. This application of the sorption effect revolutionized the sugar industry.

In the 19th century the term “adsorption” was coined by the German physicist Heinrich Kayser who was one of the first to measure and plot an adsorption isotherm, the variation of the amount of gas adsorbed as a function of its pressure. Contemporaneously, Joseph Priestly in England and Felice Fontana in Italy examined charcoal adsorption of CO2 contained in a mercury barometer, the isotherm of which allowed the mean pore diameter of the active carbon and thickness of the adsorbed CO2 layer to be calculated.

In 1916, Irvine Langmuir working at General Electric, Schenectady New York, deduced the adsorption isotherm equation. The Langmuir isotherm is recognized today by his name, the theory being founded on the kinetics of adsorption and desorption of a single molecule binding per surface active adsorption site. This earned Langmuir the Nobel Prize in Chemistry in 1931. In the same period, the attractive and repulsive forces underpinning the surface adsorption effect, derived by Fritz London, Max Born and Julius von Mayer, provided a theoretical description of the variation of the potential energy of a molecule approaching a surface; key knowledge for all subsequent work on gas adsorption.

In 1938, Steven Brunauer, Paul Emmett and Edward Teller, extended Langmuir’s theory of monolayer adsorption by introducing the phenomenon of multilayer adsorption. The theory was named after the acronym of its inventors, BET. It assumed adsorption of gas molecules from the surface through monolayer to multilayer was controlled by physical forces. Gas molecules only interact with adjacent layers and Langmuir’s theory is assumed to apply to each layer. Furthermore, the heat of adsorption of the monolayer is assumed to exceed the second layer, which remains constant thereafter for higher layers, and is equivalent to the heat of liquefaction. Hence the universal BET equation was born, renowned today for the calculation of the specific surface area of all solid adsorbents recorded in modern gas adsorption apparatus.

The condensation of vapors in the pores of solid adsorbents was first detailed by mathematicians Pierre-Simon Laplace in 1806, Thomas Young in 1855, and William Thompson (also known as Lord Kelvin) in 1871. This work explained the relationship of pressure and curvature effects at gas–liquid interfaces in capillaries. The BET and Laplace-Young-Kelvin theories remain the standard for all calculations of adsorption by finely divided and porous materials since the period of the industrial revolution in Europe.

Today the number of operational, and under-construction, direct air capture facilities around the world, whose technology is founded upon the pioneering research of the above-mentioned sorption scientists, is increasing, but perceived not rapidly enough to offset the continued rise in greenhouse gas emissions.

To amplify on the urgency of this statement, currently about 19 land-based direct air capture plants are functioning worldwide. They have a global capacity of around 0.01 Mt CO2 per year. The largest working facility is the Orca plant in Iceland, which captures and stores about 4 Kt CO2 per year in basalt mineral formations. A 1 Mt CO2 per year plant is in the planned stage in the United States.

While this activity is heartening, to achieve net-zero emissions by 2050, direct air capture plants must be scaled up to capture more than 85 Mt CO2 per year by 2030 and 980 Mt CO2 per year by 2050. This rollout scenario will require several large-scale demonstrations to refine the technology and reduce their carbon footprint, land area, and capture costs.

Encouragingly, this growth is being incentivized by the clean energy tax credit provisions of carbon emission reduction policies being brought into law by governments around the world. These necessary financial enticements are envisioned to have a significant influence on the future of clean energy projects. Direct air capture could already seeing the beginnings of applications in transport, and potentially for off-shore plants. These exciting developments represent a historic moment in time in the quest to catalyze a direct air capture global infrastructure to combat the existential threat of climate breakdown.

In closing, it is a humbling yet inspiring experience to remember, recognize, and celebrate some of the creative contributions of the pioneers who collectively paved the way for the development of adsorptive direct air capture, one of the technologies most important for reaching net-zero.