An out-of-the box approach to carbon sequestration proposes an off-shore solution and a fascinating adjunct to direct air capture. 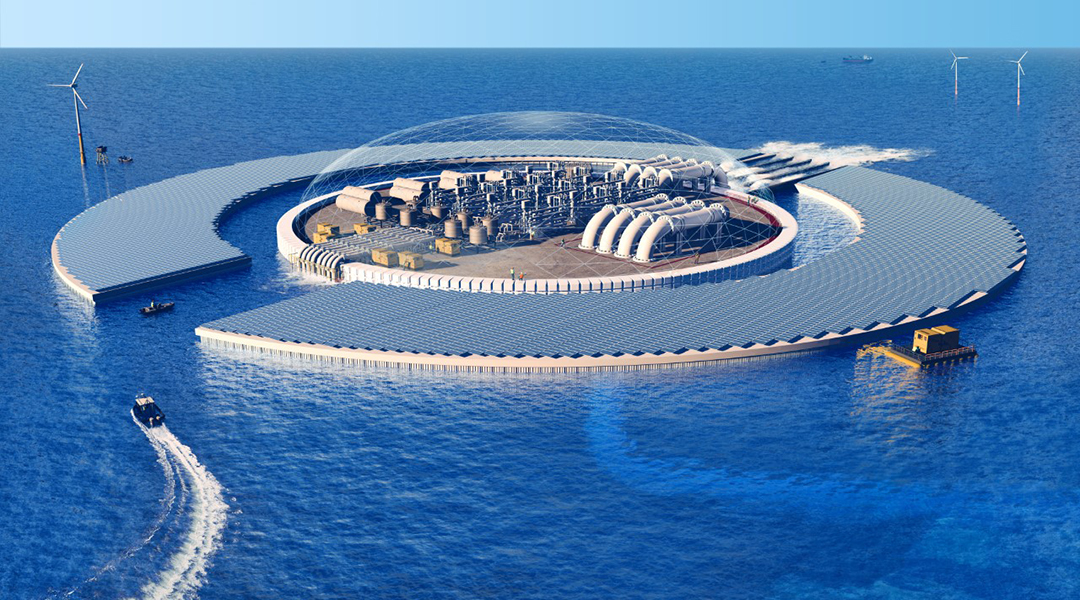 In the pursuit of CO2 capture to ameliorate climate change, in addition to minimizing future emissions, the process of extracting the gas directly from the atmosphere has captured the imagination of scientists, engineers, entrepreneurs, and policy makers, around the world. It is a gold rush of opportunity for those who want to save humanity from a climate catastrophe, as well as those pulled in by unimaginable wealth when CO2 can be exploited as the “new oil”.

Pulling CO2 from the air using direct air capture (or DAC) technologies is a promising route forward, however, the big question on the mind of every stakeholder is, can it really meet the International Panel on Climate Change’s target of 10 G ton/year capacity by 2050? To achieve this goal, detractors of DAC will remind us that this will require about 1,000,000 plants, about 25% of the global electricity supply, and a land area twice the size of Switzerland.

Capturing CO2 in the Earth’s oceans

There is a growing community of CO2 capture enthusiasts who believe the answer lies in our oceans, which are currently the world’s greatest sink for CO2.

Since the industrial revolution, around 40% of anthropogenic CO2 has been absorbed by the oceans, with an estimated concentration of 2.1 mmol kg−1 (0.095 kgm−3), which is 120 times larger than the current atmospheric concentration of CO2.

Both DAC and oceanic CO2 are subject to the carbon feedback cycle — a natural process that sees carbon exchanged between the atmosphere, land, ocean, and the Earth’s organisms. When judging the capacity of any technology to remove CO2 from the atmosphere, scientists must consider a concept from physical chemistry called Henry’s law, which states that the amount and solubility of dissolved gas in a liquid is proportional to its partial pressure above the liquid.

To illustrate its relevance, think about soft drinks whose fizziness is produced with dissolved CO2. Before opening a can, the gas above the liquid is almost pure CO2 at a pressure higher than the normal atmosphere. After the can is opened, this gas above the liquid escapes, lowering the partial pressure of CO2 above it. Over time, this results in degassing of the liquid as the dissolved CO2 eventually escapes to the atmosphere, leaving behind flat soda.

The same phenomenon occurs with oceanic CO2 capture. Removing CO2 from the atmosphere results in a “degassing” from the ocean in the same way as it occurs in the soda can. Say we remove 16 gigatons/year using DAC for 30 years, ultimately removing 491 gigatons from the atmosphere, then the carbon feedback from the oceans as a result of the Earth’s carbon cycle would hypothetically kick back 51 gigatons of CO2.

This would translate into about 10-19% of captured CO2 freed to the atmosphere from the oceans. Hence1.7-9.5 GtCO2/year of additional CO2 would have to be removed to meet current carbon budgets, something that DAC supporters ponder.

The Captura Corporation, a spin-off from Caltech, proposes a cost-effective alternative in the form of an offshore CO2 capture system powered by renewable energy. Their system avoids the use of land, resides in the proximity of offshore CO2 sequestration storage sites, and provides opportunities for offshore CO2 enhanced oil recovery.

The technology uses electrodialysis, which is an electrochemical technique in which particles or molecules in a liquid are separated based on their ability to move through semipermeable membranes under the influence of an electric field.

The proposed electrodialysis cell is comprised of a bipolar membrane consisting of anion and cation exchange-layers, which are laminated together. On application of an electric field, the bipolar membrane dissociates water into hydroxide (OH–) and protons (H+), which leads to a careful change in pH across the membrane and an equilibrium between dissolved CO2, carbonate, bicarbonate.

The architecture of the proof-of-concept electrodialysis cell is suitable for scaling, making it practical for oceanic CO2 capture, with an impressive electrochemical energy consumption of 155.4 kJ/mol (0.98 kWh/kg) of CO2, with a CO2 capture efficiency of 71%.

In an offshore capture site, oxygen and nitrogen would first be removed from a stream of oceanwater by three commercial membrane contactors. The acidified oceanwater would then be directed toward another three membrane contactors to remove CO2 by a vacuum pump. A cold trap surrounded by dry ice will then be used to condense moisture from the gas output, and the basic effluent is disposed of in a collection tank.

It’s not simply the inverse of Henry’s law because the amount of dissolved CO2 in native ocean water is tiny. The concentration of bicarbonate in the ocean is >120 times larger than CO2 concentration in the air by volume. For every CO2 molecule removed from ocean water, one molecule of OH– is released, which then pulls more CO2 from air over a 2–4-month time scale.

This set up has additional benefits, such as there is no separate air contactor or sorbent as the ocean is the contactor and seawater is the sorbent, reducing cost. The concentration of about 2 mM [HCO3–] in ambient ocean water represents a significantly increased volumetric concentration of carbon relative to 410 ppm CO2 in the air, so pumping costs are expected to be lower, and the energy use for sorbent regeneration may turn out to be lower per mol/CO2 compared to other DAC processes. Finally, the captured CO2 from oceanic water can be coupled in tandem to an electrochemical cell to enable the offshore production of chemicals and fuels.

This out-of-the-box approach provides a fascinating adjunct to DAC, and it will be exciting to observe the progress of companies like Captura towards the practical implementation of this unique electrochemical technology for CO2 capture.

Food for thought will be the capital and operating costs, as there is a long history of offshore technologies such as oil, gas, and wind being more expensive than onshore. The multiple for land versus sea for these established businesses will act as a guideline for the economics of air compared to oceanic CO2 capture.