Capturing Tumor Cells in the Blood 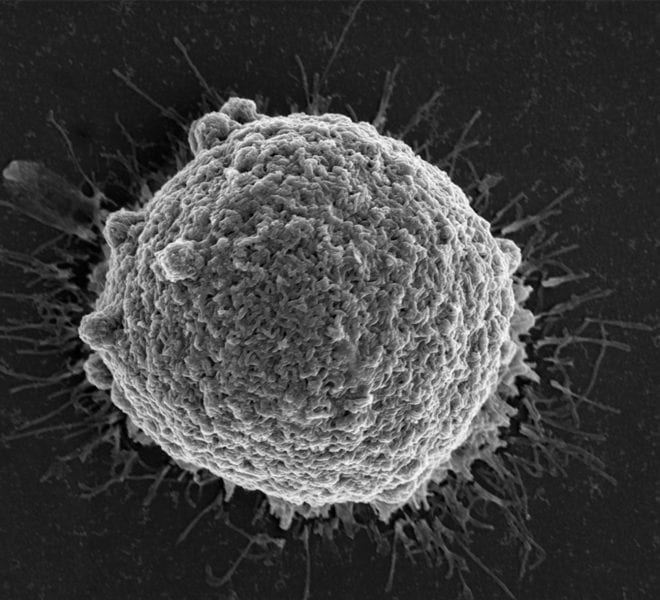 Circulating tumor cells (CTCs) in blood offer a way to diagnose cancer without invasive procedures, however, it is difficult to capture many types of CTCs due to the lack of broad-spectrum capture reagents. The most common capture method relies on use of an antibody that recognizes epithelial cell adhesion molecule (EpCAM) on tumor cell surfaces, but many cancer cells undergo an epithelial-mesenchymal-transition when they invade the circulation and thus, exhibit reduced EpCAM expression.

A team at the Wyss Institute for Biologically Inspired Engineering at Harvard University now report development of a broad-spectrum CTC capture molecule, known as Fc-Mannose Binding Lectin or FcMBL, which is inspired by the mechanism by which cancer cells are cleared by the innate immune mechanism (see article in Advanced Biosystems).

When FcMBL is coated on magnetic beads, it can be used to magnetically isolate many different types of human and mouse CTCs from blood, including cancer cells that are not cleared by EpCAM-coated beads. Furthermore, the FcMBL capture method could be used to isolate CTCs from blood directly drawn from a tumor-bearing animal model with greater than 90% efficiency. The FcMBL capture technology may therefore provide a new tool for harvesting CTCs with unprecedented efficiency as it targets tumor cell-specific surface markers that are expressed across diverse cell types and retained throughout the metastatic process.

Yong Lei: "Science is more than a career"
3D printing lays the foundation for a new range of diagnostic tests
Oded Rechavi: “Do anything in your own style, the way you want to do it”
Resolving the wiring issues in printed electronics