Living microrobots made from algae were weaponized to help fight tumors by improving the effectiveness of cancer therapies. 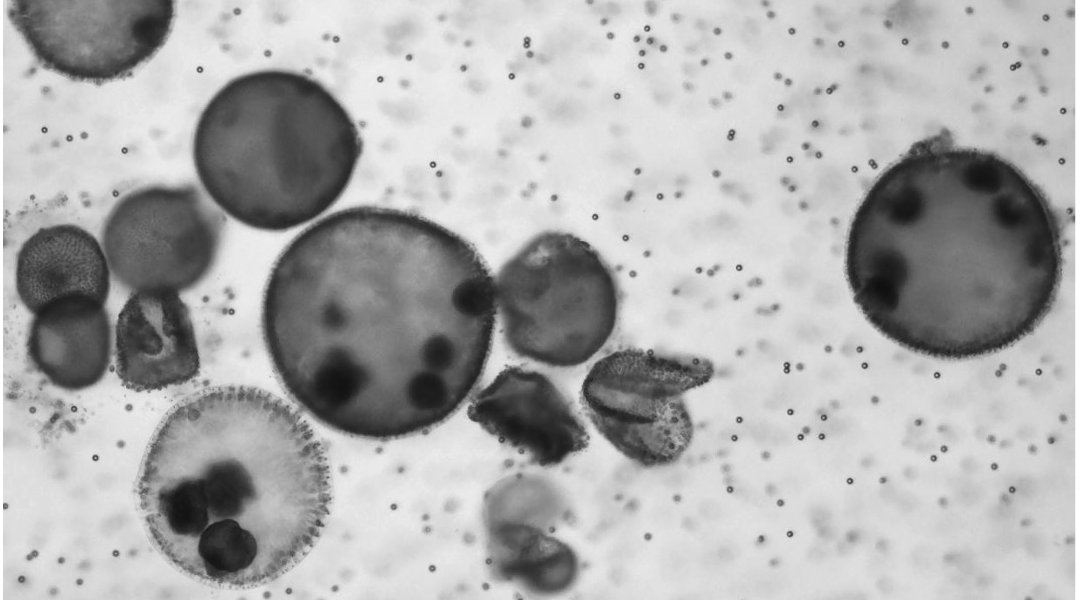 During cancer progression, solid tumors typically develop regions with limited access to nutrients and oxygen. The abnormal structure of blood vessels and high rate of tumor growth cause the cells situated away from the vessels to experience a condition known as hypoxia or low oxygen levels.

Tumor hypoxia makes cancer treatments, such as radiotherapy, photodynamic therapy, and chemotherapies that rely on the generation of reactive oxygen species (ROS) less effective. This is mainly because these treatments depend on the concentration of oxygen in tumor cells to generate ROS — highly reactive derivatives of molecular oxygen that cause cell damage.

A team of researchers from Stanford University led by Utkan Demirci, a professor in the Department of Radiology, School of Medicine, has taken an innovative approach to changing the conditions of tumor sites with biohybrid microrobots called Volbots, which relieve hypoxia to improve the efficacy of cancer treatments.

Biohybrid microrobots consist of both living and synthetic components. While the “living part” of the robot usually provides mobility and transport, scientists can add extra functionalities to carry out specific functions, such as the release of a drug inside the body to treat cancerous tissue.

Demirci’s team designed their biohybrid microrobots using Volvox algae, which act as the engine and lend the bots their name. They can swim through the synchronized motion of thousands of hair-like projections called flagella located on their surface. “Volvox also have other features, such as their innate sensing ability that enable them to migrate towards a light source and the ability to generate oxygen through photosynthesis,” said Demirci.

Like other algae, Volvox use chlorophyl to absorb energy from light. They show higher photosynthetic activity and oxygen production when exposed to red light, which Demirci’s team used to tune the concentration of oxygen produced by algae in tumor cells.

The Volbots were designed with magnetic nanoparticles on their outer surface that help the team guide their motion using an external magnetic field. These nanoparticles also enable detection by magnetic resonance imaging (MRI) and photothermal imaging, allowing the scientists to track them easily within the body. “The nanoparticles on the biohybrid microrobots can also carry therapeutic agents and generate heat when exposed to near-infrared light, which can be used as photothermia-based treatments or controlled release of drugs,” explained Demirci.

The team evaluated Volbot’s capabilities first by evaluating oxygen generation in vitro before testing them in targeted cancer therapy. “We tested the use of Volbots in animal models, where the treated mice had reduced tumor size,” said Demirci. Their results confirmed that Volvox alleviated tumor hypoxia in mice.

In their paper, the scientists also indicated that there was no apparent toxicity as a result of treatment with Volbots. However, algae’s clearance and delivery mechanisms raise potential challenges, which must be investigated prior to clinical use.

“Despite there are many aspects to further optimize for a clinical translational path in the current platform, this versatile biohybrid strategy likely offers an innovative pathway to create biologically assisted robotic designs for a broad range of biomedicine, treatment, and imaging applications in cancer, and other diseases,” wrote the team in their paper.