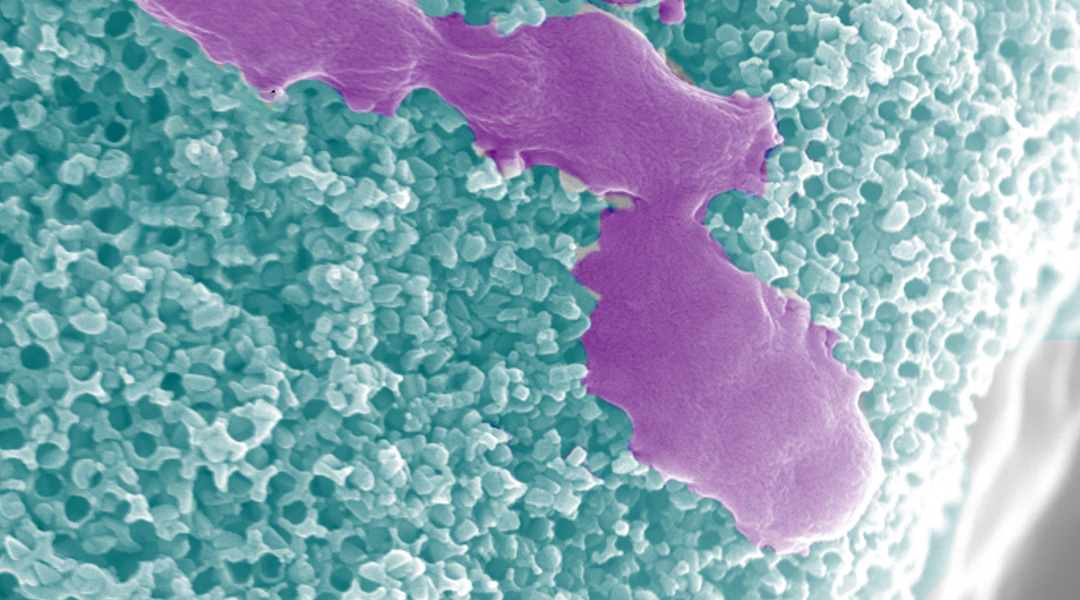 Urinary-tract infections affect millions of people worldwide. While not inherently serious, if left untreated they can cause damage to the kidneys and spread to the bloodstream, causing life threatening infections in vulnerable individuals.

These infections are caused by E. coli bacteria, which form biofilms in the bladder and pose a risk to patients with indwelling urinary catheters. In recent years, scientists have developed different approaches to destroy these biofilms, including liposomes and polymer-based drug delivery vehicles, as well as the application of ultrasound, electrical fields, and light exposure.

Now, researchers from the University of Chemistry and Technology Prague led by Martin Pumera are taking an innovative approach using urea-powered microrobots as a means of treatment. “Because of their active motion, these [microrobots] can increase penetrability into the biofilm, leading to a higher dispersibility of antimicrobial agents in comparison with passive particles,” wrote the team in their paper, which was recently published in the journal Small.

A range of disinfecting microrobots have been reported in the past, which rely on different approaches to stimulate movement and release of their active agent. “In particular, light-based technologies hold great promise for therapeutic approaches due to the possibility of localized and controlled treatment in a non-invasive way,” wrote the scientists. This strategy represents an efficient and biocompatible strategy to dealing with biofilm-based infections.

Pumera and his colleagues therefore developed hybrid microrobots that harvest biochemical energy from their environment for self-propulsion while simultaneously releasing reactive species to kill bacteria. Their system is composed of a scaffold made from photocatalytic TiO2/CdS nanotube bundles fitted with urease enzymes, which convert urea (a molecule found in the urinary tract) into chemical energy, which the robot uses for movement.

TiO2 is a benchmark photocatalyst, exhibiting high photo- and chemical stability, is non-toxic, low costing, and has strong oxidative behavior. Coupling TiO2 with light-responsive materials, such as CdS, was a straightforward way to create microrobots that can be activated against bacteria under visible light, say the team. When exposed to light, the TiO2/CdS nanotube bundles generate reactive radicals that cause a phototoxic effect on the biofilm.

As a proof-of-concept, the researchers demonstrated their hybrid microrobots’ ability to disrupt E. coli biofilms after 2h of visible light irradiation. The enzyme’s activity was maintained even in the presence of reactive oxygen species generated by the photocatalyst, providing evidence that both components of the microrobots work well together.

While the team needs to complete further testing in biological environments, they are hopeful that their urea-powered microrobots will open the door for future applications in disinfection.