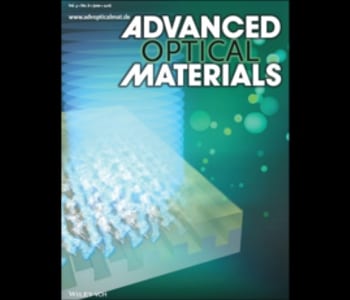 These articles were highlighted on the covers of the Advanced Optical Materials June issue: 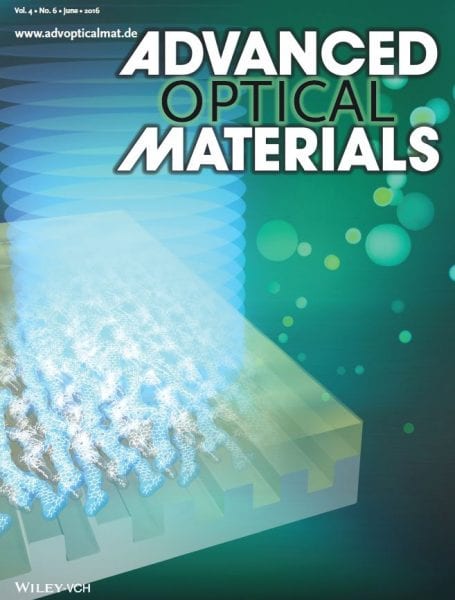 A second-order surface-emitting distributed feedback organic laser using 4,4′-bis[(N-carbazole)styryl]biphenyl thin film as gain medium is fabricated and tested in the quasi-continuous-wave (quasi-cw) regime by A. S. D. Sandanayaka, C. Adachi, and co-workers. Their device, which is featured on the font cover, shows superior lasing properties with a low threshold and still operates properly at a repetition rate as high as 8 MHz. This represents the best performance ever reported among quasi-continuous-wave organic solid-state lasers. 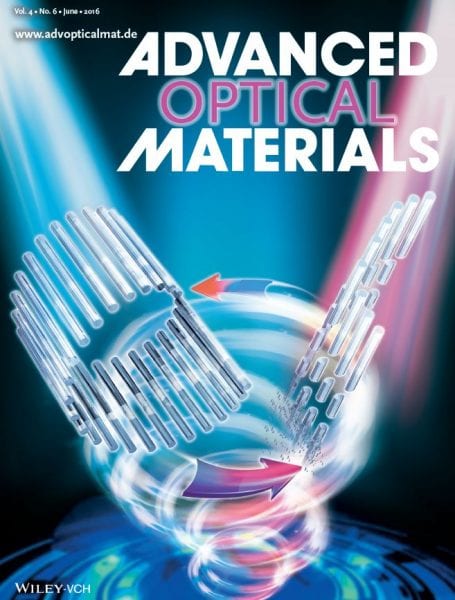 Highlighted on the inside cover is research by X. Ma and co-workers, who explore the functional C3-symmetric benzene-1,3,5-tricarboxamide-anchored diarylethene (C3-BTE) molecule. C3-BTE can evolve into ordered superstructures with tunable morphological properties via alternative light stimuli. It self-assembles into microrods via synergistic H-bonding and π-stacking interactions in toluene. After UV irradiation, most long microrods disassemble. While irradiating the sample with visible light, the microrods regenerate reversibly. In addition, solvent-induced morphological transitions are also observed when transferring C3-BTE between nonpolar toluene and polar or mixture solvents. 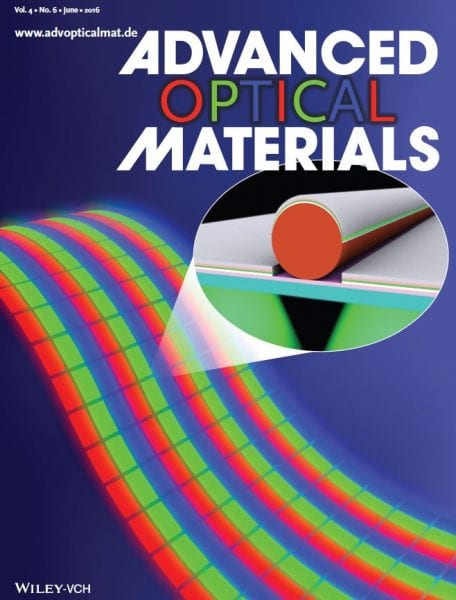 A rapid, scalable, and noninvasive lithography is reported and presented on the back cover as a pixel patterning method for large-area flexible organic light-emitting diodes (OLEDs). Effective pixel separation is achieved by highly aligned printed organic fibers with diameters from several hundreds of nanometers to approximately 1 μm. This method, developed by T.-W. Lee and co-workers, suggests a possible replacement of photolithography for large-area patterning of passive matrix OLEDs, banks in active matrix OLEDs, and grid patterns in white OLEDs.