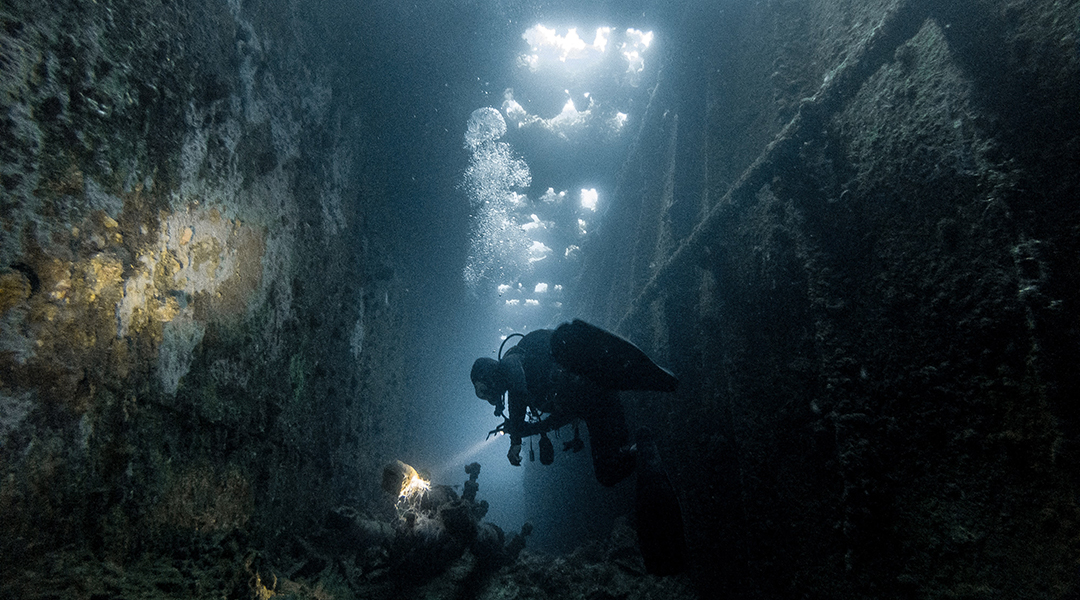 With around 71%of Earth’s surface covered with water, the continuing exploration of our planet has required the development of efficient underwater operations. Thus, the diving, surfacing, and underwater functional capabilities of underwater robots and other electronic equipment has become vital for their continued use in military and rescue operations, underwater research, and even archaeology.

Current methods used to enable this “snorkeling” activity in these types of equipment include mechanical lifting systems, artificial diving, and submarine modes, which depend on water storage and drainage. These systems are hampered by a number of problems, meaning that an efficient and convenient way of this “snorkeling” for robots is of prime importance to various forms underwater exploration.

Imagine how useful a battery would be for such equipment that not only provides energy but as it does, it creates an automatic lifting and diving mechanism that can allow these machines to snorkel automatically.

In a paper published in the journal Advanced Materials Technologies, scientists from the Shenzhen Sauvage Nobel Laureate Laboratory for Smart Materials at Harbin Institute of Technology, China report the design of a “self-breathing” battery called Self-BAAAB. The battery operates by using oxygen gas in the routine discharge process with this  gas released during charging, triggering a sharp density variation, which drives an automatic snorkeling feature in underwater electronic equipment, helping the machine it powers surface.

“To deal with the large energy loss, complex structure, or environmental unfriendliness of the existing ‘snorkeling styles’ for underwater operations, there is an urgent need to exploit novel and high-efficient alternatives,” said Huang. “We proposed a unique framework that integrates automatic snorkeling with an electric energy supply function, and actually constructed ‘automatic snorkeling’ electronic equipment driven by a Self-BAAAB.”

Huang explained that to realize the concept and their Self-BAAAB, the team turned to aa spongy material called sodium polyacrylate hydrogel electrolyte, which is water super-absorbent and drives water electrolysis during the battery charging mode.

“When the Self-BAAAB is charged, water in the hydrogel electrolyte is electrolyzed to hydrogen at the anode. With the accumulation of hydrogen, the device equipped with the Self-BAAAB [floats], which is automatic snorkeling,” Huang explained. “The automatic snorkeling mode, similar to ‘self-breathing’ function, possesses a reversible process between gas generation and degradation without an external power supply, suggesting a long effectiveness during diving/floating behavior in the closed environment underwater.”

Explaining that the Self-BAAB devised by the team could be used in application ranging from the underwater intelligent equipment, such as underwater robots, survival devices, and sea probes. Haung went on to detail some of the current challenges associated with existing snorkeling platforms.

“The mechanical lifting system and artificial diving take a lot of materials and human resources, and [don’t] satisfy the needs of long-time durable underwater operation,” he said. “Submarine modes can realize diving and floating depending on the water storage and drainage of ballast tank, but the mode shows a complex structural design and suffers a lot of energy loss throughout the process of snorkeling, which is unfavorable for flexible and convenient underwater operation.”

Haung added that the equipment developed by the team is a promising approach to eliminate these issues, as integrating automatic snorkeling with an electric energy supply facilitates a highly efficient and convenient approach for moving equipment during an underwater operation.

“For this purpose, our unique construction, [which] combines routine battery discharging processes with electrolysis of water is well-designed,” he said.

Testing their new system, the team found excellent cycling stability between the charge and discharge modes of their Self-BAAAB smoothly facilitating the automatic snorkelling function. As a result, they believe that their highly innovative concept offers great potential for the creation of novel snorkelling technology that promotes the high efficiency underwater operations, especially in complex environments.

The team also said that in addition to underwater scientific discovery, underwater navigation, ocean monitoring, rescue and salvage, sightseeing and diving, the Self-BAAAB could also have applications above the waves, for example, in mobile phones and other electronics and can even replicated the automatic snorkelling action in these devices.

“In the smart phone model, four Self-BAAABs in series can reach the voltage of 5 Volts, thus replacing the original battery of the mobile phone and creating an emergency 8.8 V power and a remote-control device that can be used to remotely charge the mobile phone when it falls into the water,” Haung said. “The 4 Self-BAAAB in series are enough to power the mobile phone, verifying its ability as a mobile phone battery. When Self-BAAAB is charged by the emergency power, water electrolysis reaction occurs on the surface of the aluminum electrode to produce hydrogen. Meanwhile, the number and size of bubbles increase during the process of charging. Therefore, when the remote control is activated, the phone successfully rises to the surface from the bottom.”

Before this can be practically implemented, the Self-BAAAB’s catalyst performance needs to be further improved, something which is very important to enhancing cycling stability and efficiency of the batteries charge and discharge modes.

The team is also investigating how to effectively increase the charge loads of the Self-BAAAB for automatic snorkelling and a way to realize effective wireless signal transmission in the deep sea.

Electronics that Imitate Life: A Sensing Robotic Hand
Liquid-Metal-Driven Micromachines for the Next Cutting-edge Technology
Scientists whip up a storm with bird dropping-doped graphene paper
Prof-Bot: The autonomous chemistry professor