Sea meadows could help save coasts from erosion 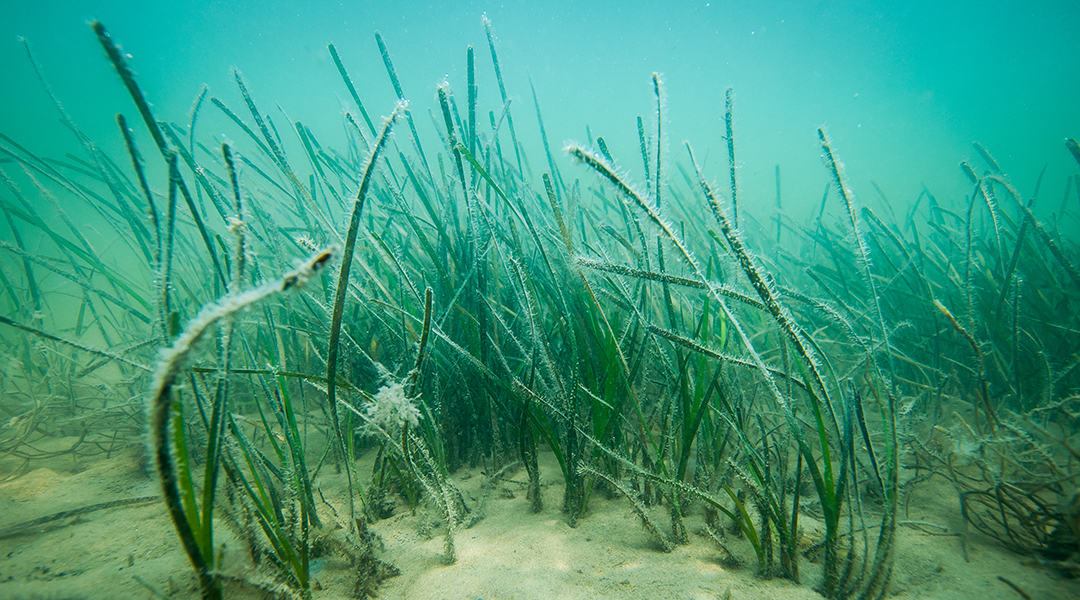 As the climate crisis deepens and storms get more intense and dangerous, the risk of them wiping out entire coastlines becomes more real. Parts of the Netherlands, Sweden, and California, which are below sea level, are particularly vulnerable to coastal erosion, and their land is only protected thanks to dikes, which block the passage of seawater into land, and water pumps, which divert water from the lowlands and send it beyond the dikes

A new study shows that plants can reduce coastal erosion by up to 70 % and highlights the importance of preserving vegetation in the sand to maximize its resistance to extreme weather.

The idea of using plants to help contain the sea is not new. Some Dutch initiatives, says lead author of the study and University of Gothenburg researcher Eduardo Infantes, aim to recover vegetation ahead of the dike so that incoming waves can dissipate their energy before hitting the stone structure. His previous research also explored the role of seagrass canopies, which are effective as breakwaters.

Down to the root to prevent coastal erosion

The new study, published in Marine Ecology Progress Series and involving researchers in the Netherlands and Australia, focuses on the roots. “[Canopies] are easy to reproduce in a laboratory and in the sea, as it’s very easy to transplant [them] into wave flumes or build plastic plants that simulate a real meadow,” Infante said.

“But the effect of roots is more complicated, since it’s very difficult to grow the plant until it has the consistency of the root in the countryside, or to bring roots and put them into the wave flume,” he added, referring to a large tank that can simulate waves.

His team had a special wave flume built in the Netherlands in order to simulate conditions at sea while monitoring the behavior of the soil. They rented a truck to drive it to their lab in Sweden: “I was travelling with a couple of younger students. It was a complicated trip because of all the logistics involved, the transport and so on,” he said.

They covered 1500 km over two days — “not very far”, the researcher recalled optimistically. According to him, they could have completed the trip in a single day, but “we took it easy and slept along the way.”

The team focused on common eelgrass, a type of seagrass that grows along Swedish coasts. They took samples of sediments with and without the plant and put them into the wave flume using a system of trays. The experiments showed that eelgrass makes underwater sand behave like reinforced concrete, as Infante put it, where the roots hold the sand together, like the iron bars do in concrete.

That way, when a strong wave arrives, the sediment and the plant are anchored and resist the pull of the water. That is how the plants protect the coast from strong waves, and hence from erosion. If the sediments are muddy, the effect is less pronounced since the sticky consistency of mud makes it adhere more naturally. But it also matters less since muddy seabeds aren’t usually found in very wavy areas.

“Eelgrass beds help avoid erosion, as long as they have a decent carrying capacity to control the local hydrology,” said Paula Canal-Vergés, biologist at the University of Southern Denmark who was not involved in the study but has researched this species of seagrass extensively.

The role of seagrass will become more and more important in the face of increasingly violent storms, which are expected to become more frequent as a result of climate change. There are plenty of beaches and buildings near the coast, Infante said, that will need to be protected.

In fact, the researcher believes that the results can be extrapolated to any other marine plant with roots, that is why he emphasizes the importance of preserving vegetation and replanting meadows from places where they have disappeared — at sea and even in swamps.

The benefits of vegetation in the water go well beyond protecting the coasts. On top of preventing erosion, plants reduce pollution, reduce acidification in the water thanks to providing oxygen, and provide a habitat for small fish to hide away from bigger predators: “It’s like having a forest in the water”.

The positive effects of seagrass have so far been observed only in the laboratory, but the team is confident that the same results will hold in the field. If so, seagrass could become a key ingredient in making coastal engineering sustainable. And, in view of the changing climate’s impact on coasts, sustainability is a priority.

Where did all of Earth’s water come from?
A blue blob is saving Iceland’s glaciers (for now)
Is hydrogen a greenhouse gas and do we care?
Ahead of COP27, scientists are pushing back against growing defeatism