A collaborative team of researchers has reported pioneering work to create an isotropic infrared metamaterial consisting of 3D metallic nanostructures. 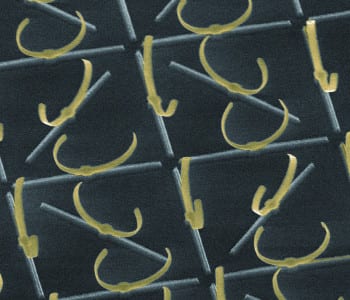 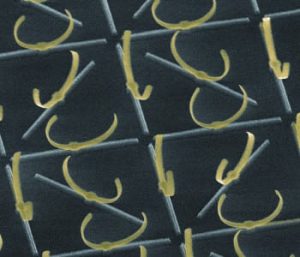 Plasmonic metamaterials—man-made optical materials made of metallic nanostructures—have led to a new areas of optical science, as their optical properties can be engineered at will. Recent discoveries such as negative refractive indices and optical cloaking in metamaterials are excellent examples, but they are just the first demonstrations of the potential of metamaterials. In order to achieve complete control of light with metamaterials, the realization of 3D isotropic metamaterials remains a major challenge.

Since most metamaterials created so far have been 2D planar structures, their optical properties are intrinsically anisotropic and their practical applications are extremely limited. In response to this, a collaborative team of researchers from Japan and Taiwan has reported pioneering work to create an isotropic infrared metamaterial consisting of highly symmetric 3D metallic nanostructures.

The group developed a novel technique for fabricating large 3D metallic nanostructures, which they call the “metal-stress driven self-folding method”. They utilize the bilayer residual stress accumulated during a deposition process to achieve the spontaneous creation of 3D stereo-structures. The key advantage of their technique is that the 3D stereo-structures can be self-assembled from 2D planar templates through a self-folding process driven by pre-stressed metal films.

Based on this unique technique, the researchers fabricated and characterized a metamaterial consisting of fourfold-symmetric 3D split-ring resonators and found unambiguous isotropic properties for lateral rotation, any polarization, and large incident angles up to 40º. The team believe that their fabrication technique could be applied to even more complex 3D metallic nanostructures to achieve new optical properties, potentially leading to practical applications for 3D optical metamaterials.