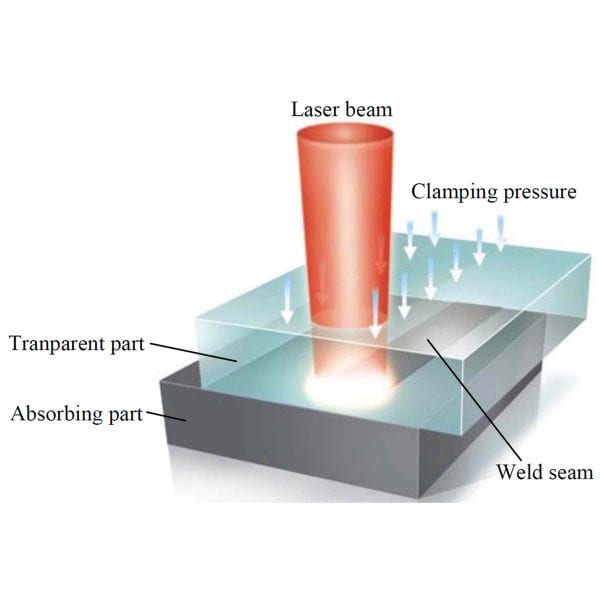 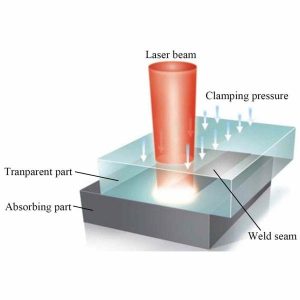 Welding is usually considered to be a procedure performed only on metals, with high-temperature energy sources needed to melt the metals and make them stick. This is usually something performed by big burly types wearing mean-looking welding helmets with clouds of sparks flying all around.

However, it is not as well known that welding is something that can be done to polymers as well. Different polymers can be made to stick to one another in this fashion, whereas otherwise they would not. Welded polymers are much more common than is typically perceived, appearing in plastic products, polymeric paints. polymer blends, or in rubber-toughened polymers. In addition, processes at the nanoscale, such as those that happen in self-healing materials, often resemble polymer welding, and thus this process is also important from a more fundamental point of view.

In particular, one way to weld polymers that is fast and very convenient industrially is laser welding – shining a laser on an interface so that the polymers effectively melt and thus entangle, diffusing into each other, effectively making the two sides of the interface stick together. One way to accomplish this is with through welding, as shown in the scheme: one polymer is transparent to the laser frequency, whereas the other one absorbs it, so while the laser beam goes right through the first layer, it is absorbed by the second one, melting it. This in turn melts the transparent layer at the interface, generating diffusion of the two polymers into each other.

The weldability of two polymers hinges on the assumption that the two polymers actually want to diffuse together in the first place; that is, that they are miscible. The industrially fundamental polymers polypropylene (PP) and high-density polyethylene (HDPE) typically do not enjoy each other quite as much, so they are generally considered to be non-weldable. These two polymers are used in a myriad of applications (think bottle caps for HDPE and plastic chairs for PE), so being able to weld them together could make many new products feasible.

Although it has been shown that metallocene-catalyzed PE and HDPE can be welded, the problem is that welding these immiscible polymers takes a long time, mean that the process is not industrially useful. Now, however, Thomas Juhl and co-workers at Aalborg University have successfully applied the laser welding technique to PE/HDPE in a new paper published in the Journal of Applied Polymer Science.

They are able to show that using an 808 nm laser, the two polymers can stick together in a very short time, a few seconds, with a strength that is 89% of the weakest of the two material – a very good strength for a welded joint.

The researchers also show that the weldability is due to the reptation timescale being much lower (milliseconds in this case) than the time the two polymers spend in the molten state when heated by the laser (seconds). This means that there is time for the movement of the polymer chains before the two polymers have solidified, and this makes the two polymers weldable and gives high strength to the joint.

A New Low-Cost Parasite Diagnostic System Could Benefit Billions
Computational electromagnetics: Know your tools for they shape our future
Light in Sight: Micro-Lenses Enhance the Functionality of Future Cars
Lending Humans the Ability to See in the Dark