Researchers report on the preparation of a dual-emissive dendrimer with tunable aggregate and solution state emission. 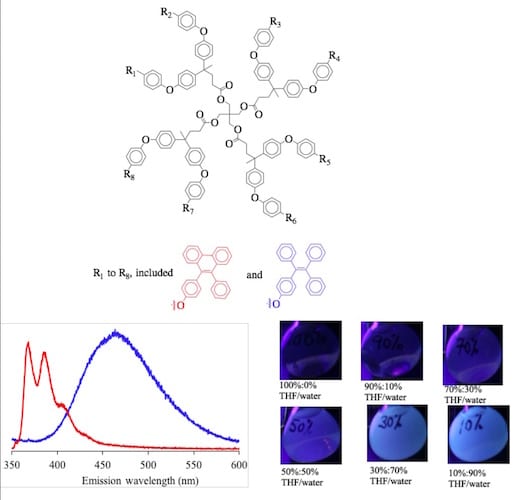 Prof. Abd-el-Aziz and co-workers from the University of Prince Edward Island have been actively working on various strategies to use light in non-invasive manipulation and synthesis of materials.

In a recent study published in Macromolecular Rapid Communications, the researchers report on the preparation of a dual-emissive dendrimer with tunable aggregate and solution state emission. 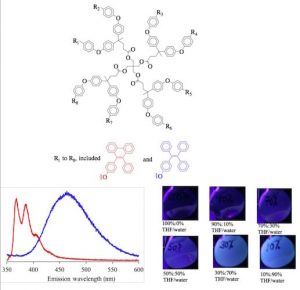 Tetraphenylethene (TPE), a photoresponsive molecule which emits light in the aggregated state, is of interest from a fundamental and applied perspective, as it features photochemical properties which can be exploited in the design of materials which emit at two different wavelengths. These properties could be useful in the design of new sensors.

The authors prepared dendrimers which were functionalized on the periphery with tetraphenylethene. In a subsequent step, dual emission was introduced by photoinduced conversion of part of the TPE to 9,10-diphenylphenanthrene (DPP).

In this approach, the initially constructed organometallic dendrimers are irradiated with 365 nm wavelength, transforming them to fully organic dendrimers which are emissive in solution and in the aggregate state. These organic dendrimers possess tunable dual emissions at 368 nm, as well as at 469 nm. Additionally, the photochemical reaction also adjusts the size of the aggregates, increasing the size of the lowest generation dendrimer aggregates from ~ 46 ± 7 nm to ~ 69 ± 8 nm after UV irradiation at 365 nm for 0.5 h in THF/H2O (10:90%).

The reported synthetic strategy is a direct and facile approach to accessing dual emissive macromolecules, especially tetraphenylethene-based systems, which can be used in sensing applications.