Travelling through Space with Solar Sails

A solar sail device is developed that can be steered by electronically altering its transparency near the edges while requiring only a low amount of power. 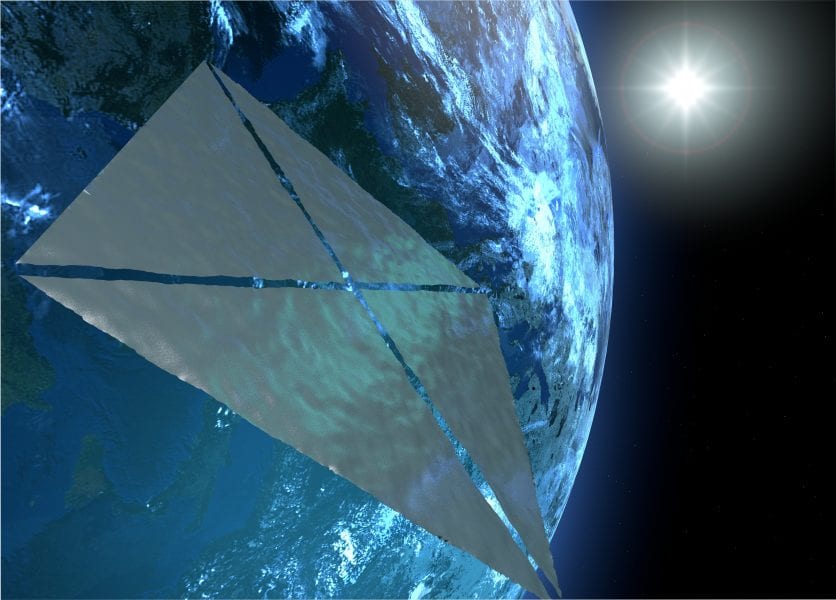 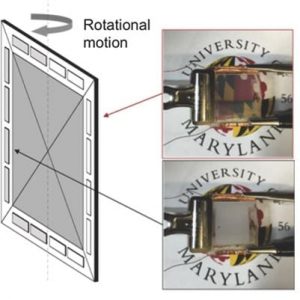 Rotational motion of a solar sail with switchable transparency.

Deep-space travel missions are limited by the amount of chemical propellant that a space craft can carry. Solar sails offer a solution for this problem, as they are powered by radiation pressure – the momentum that is transferred to the sails by photons. However, altitude control and steering is a problem for such solar sails. In their article in Advanced Optical Materials, Dakang Ma, Joseph Murray, and Jeremy N. Munday from the University of Maryland present a solar sail device that can be steered by electronically altering its transparency near the edges, which requires only a low amount of power (<0.5 mW cm–2) and no chemical propellant. 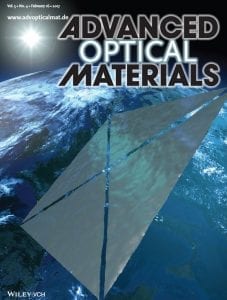 The article is highlighted on the Front Cover in Advanced Optical Materials.

As material for their solar sail, the authors use polymer dispersed liquid crystal (PDLC) films. The advantage of PDLC films is their ability to be switched between a transparent and an opaque state without a need for polarizers. With these films, devices are fabricated and characterized, which show transmission, reflection, absorption, and scattering properties that outperform previous designs. After measuring the optical properties of the devices, the momentum that can be transferred under solar illumination is calculated. The transferred momentum difference between the transparent and opaque state the solar sail device is four times higher than in previous devices with similar approaches.

With this steering device for solar sails, new functionality for solar sail missions can be provided, and developments in long-distance, propellant-free space flight should gain momentum.

The article is highlighted on the Front Cover of the new Advanced Optical Materials issue.

The Arctic has begun to enter a new climate state
Ahead of COP27, scientists are pushing back against growing defeatism
A Whale of a Solution to Climate Change
The right materials are essential to the design of future fusion reactors