Cancers that kill are the paradigm that most people know, but there’s more to cancer than just that… 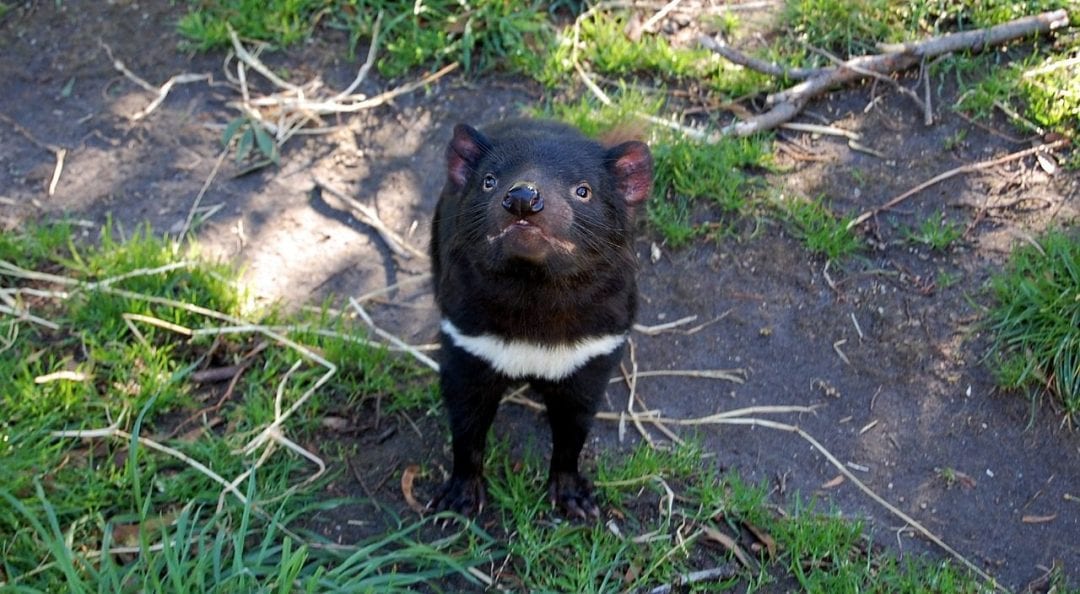 Researchers have so far assumed that the relatively recent outbreak of DFTD – Devil Facial Tumor Disease – in Tasmanian devils has resulted in the death of all infected individuals: a fair assumption, given the severity of the disease and speed of transmission. Indeed, these features of DFTD prompted many to foretell the complete demise of the Tasmanian devil within a couple of decades. But a striking difference between ordinary cancers and transmissible ones is that transmissible cancers can be assumed to evolve towards efficiency of spread, as do most contagious diseases – and that might not be compatible with death of the host. 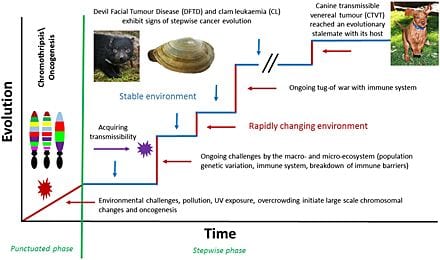 Transmissible cancers are ideal to investigate the evolutionary arms race between cancer cells and their surrounding environment. While all three contagious cancers show ongoing adaptations to selective forces, canine transmissible venereal tumour has reached an evolutionary stalemate with its host, while devil facial tumor disease and clam leukaemia are still in a more dynamic phase of their evolution.

A conventional cancer cannot spread beyond its host, and because the host will die at some point anyway – even if not from the cancer – such cancers are under no evolutionary pressure to spare their host. But back to the transmissible kind: as Ujvari et al. note in their BioEssays article another type of transmissible cancer – canine transmissible venereal tumour (CTVT) – has reached an evolutionary equilibrium with its host in which the host does not die of the disease. Given that CTVT has been around much longer than DFTD, could we expect a similar evolutionary trajectory for DFTD? Well, yes, there are signs that that might be happening in the form of a host adaptive response to DFTD. Though Tasmanian devils in newly infected areas succumb to the disease quickly, and seemingly with 100% efficiency, most recent studies indicate that the Tasmanian devils inhabiting areas that have harboured DFTD for more than 20 years are surviving better.

Three recent publications (Epstein et al. 2016; Pye et al. 2016; Ujvari et al. 2016) show signatures of rapid adaptation to the disease, and suggest an ongoing evolutionary arms-race between the host and its pathogen, similar to the one that produced CTVT. Current research is now focusing on teasing apart host phenotypic and genetic adaptations to DFTD. Not wishing to leave the situation to evolutionary chance, some researchers are even working on DFTD vaccine development (Tovar et al. 2017)! To understand more about the evolutionary trajectory of transmissible cancers, visit Ujvari et al. 2016.