Controlling the "phase" of a small number of Xenon atoms is a significant step towards data storage systems on the level of single atoms. 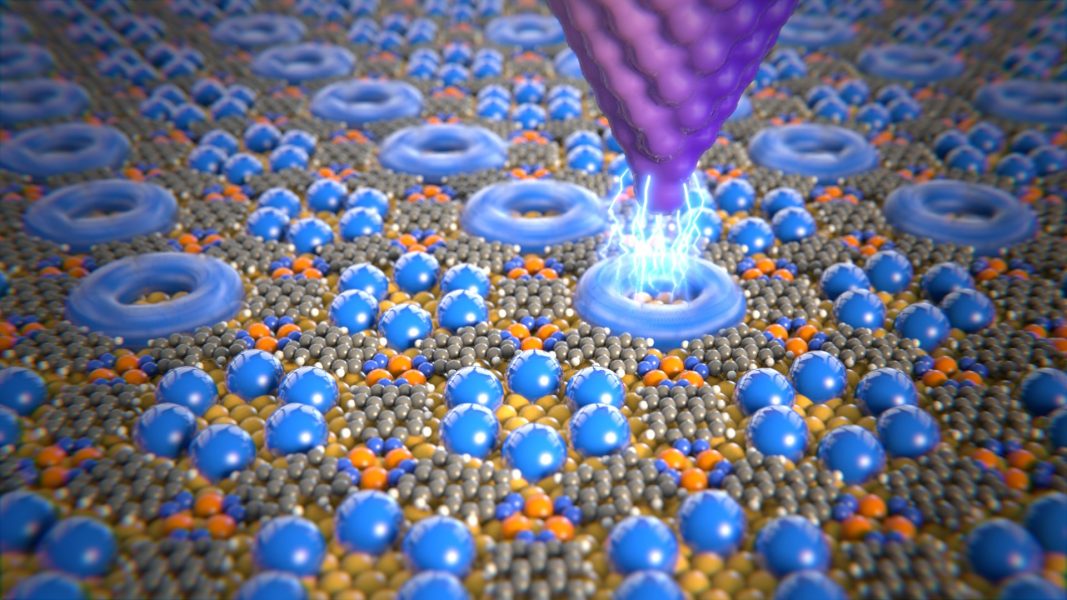 Data is being produced faster than ever before, creating demand for high-capacity data-storage devices that can be fabricated on an increasingly smaller scale.

In Small, Dr. Aisha Ahsan from the University of Basel, Prof. Lutz H. Gade from the University of Heidelberg, Prof. Thomas A. Jung from the Paul Scherrer Institute, and their co-workers induce phase transitions to a discrete number of xenon (Xe) atoms as a potential nanomaterial solution for future data storage needs.

Temperature-dependent phase transitions of the Xe condensates are achieved, which are dependent on the number of guest atoms in each confinement.

Dr. Aisha Ahsan: “We can also induce active switching between ‘confined fluid’ and ‘condensed solid’ phases for confined groups of Xe atoms. This is achieved using a local electric field that is applied to individual confinements using a scanning tunneling microscopy tip. We believe that the ability to control the phase of such a small number of atoms in a single nanometer-sized confinement is a significant achievement and is a step toward nanomaterials with potential applications for future data-storage devices.”

To find out more about controlled active switching of Xe atoms in on-surface confinements, please visit the Small homepage.