Toward a Human-Like Soft Robotic Hand

Researchers in Japan take one step closer to making a prosthetic hand with human-like sensory and mechanical capabilities. 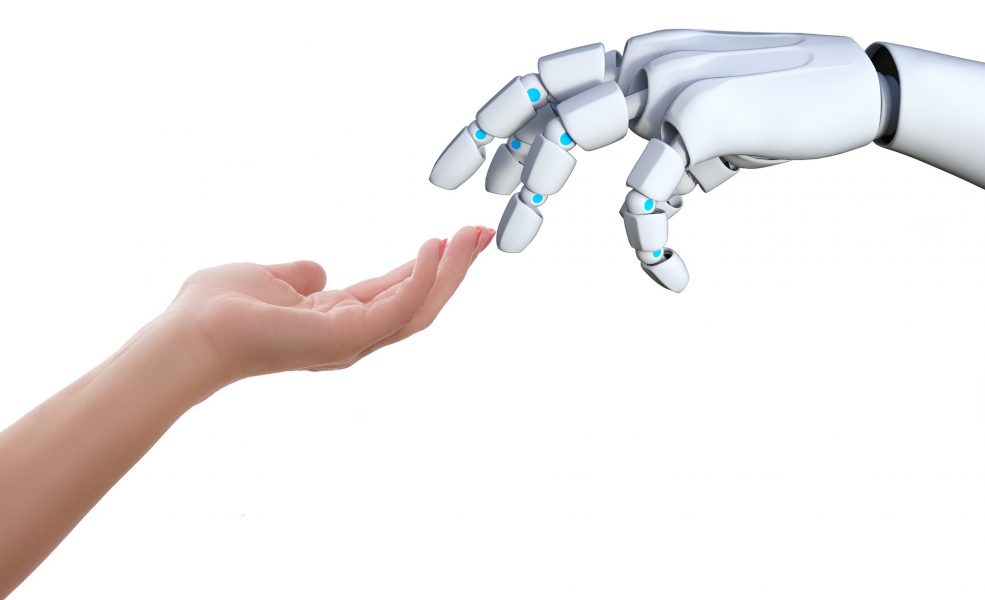 The development of human-interactive soft-robotic technologies could undoubtedly have a strong positive impact on our daily life.

In particular, flexible strain sensors endowed with different functionalities, e.g., temperature or pressure sensing, have recently attracted considerable attention, owing to their ability to mimic the functionalities of the human skin (“electronic skin” or “e-skin”).

However, the integration of multiple sensors into robots is quite complicated; specific measures have to be implemented to avoid restricting the robot’s mechanical flexibility and bending capabilities.

Although some progresses have been recently reported, the integration of soft actuators with pneumatic soft robots has proved to be considerably difficult. 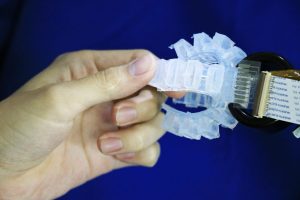 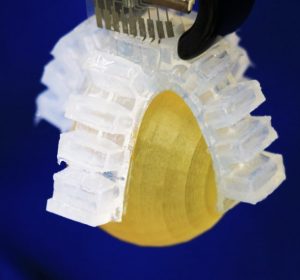 When the object slipped through the hand, the pressure sensors detected the movement. With the integration of software real-time feedback system, the actuation force could be adjusted so as to prevent the object from dropping, similar to what happens in the case of a human hand.

Although the integration of hardware (sensors and robots) and software (feedback system etc.) will be conducted in the near future, this work constitutes the first demonstration of sensor array integration to monitor tactile pressure distribution and temperature with a pneumatic-based soft robot, and thus represents an important advancement toward the realization of future human-friendly intelligent soft robotics.

Kuniharu Takei, principal investigator at the Osaka Prefecture University, says: “This study shows that a multifunctional sensor arrays can be embedded into a soft robotic hand by devising a careful design. By integrating multiple sensors, the robot can feel the object movement as well as its temperature. These functionalities allow [for the determination of] the exact tactile force so [as] to prevent the object from dropping, which is conceptually very similar to the functionality observed for a human hand.”