Two dyes give three colors on a hierarchically patterned surface, in work by German and Chinese scientists. 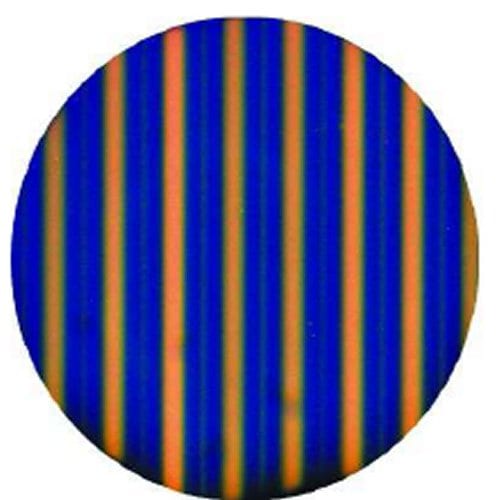 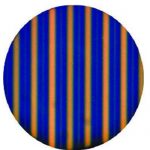 Two dyes give three colors on a hierarchically patterned surface, in work by German and Chinese scientists.

Being able to create a full three-color display (red, green, and blue) is the Holy Grail for many scientists working with organic small molecules or polymers. To achieve this, they need to be able to pattern different light-emitters onto a surface quite close together but in a controllable way.

A good way to pattern a surface is by using a template to direct the growth of a layer of molecules on the surface. This method is better than other ways as it has better resolution, can be used on a larger scale, and requires fewer steps.

Now Professor Lifeng Chi and colleagues in Münster, Germany and Changchun, China, have shown a simple, efficient, scalable way to make high-resolution, three-color organic patterns on a surface. They took a prepatterned substrate consisting of lines of gold of varying widths on a silica surface, and overlaid this with two kinds of semiconducting dye molecules. They were able to use such small amounts of the dye that the dye molecules behaved like a liquid on the surface rather than like a solid. The droplets of dyes lined up and coalesced along the lines of gold.

The scientists were thus able to make a surface on which the thickness of the organic molecule patterns differed in a controlled way over defined areas. They then added a second dye which can form a complex with the first one; both molecules emit at different wavelengths and therefore produce different colours than the aggregate of the two dyes together. This addition gave high-resolution, ordered, triple-color organic patterns using only two dyes; their particular dye combination produces green, blue, and orange but the Holy Grail combination may now be within reach. The liquid can be controlled on a scale smaller than 100 nanometers, and is quite stable.

The authors believe that their technique is not limited to this particular combination of dyes. They also emphasize that the technique can be extended to other ways of patterning the surface, such as photolithography and microcontact printing, as well as to different substrates. This extendability would make the concept quite a general one that should be useable in micro/nanofluidics as well as to make electronic devices.