The 25th Single Molecule Workshop brought together renowned researchers with young scientists in Berlin to discuss and exchange latest results in the field. 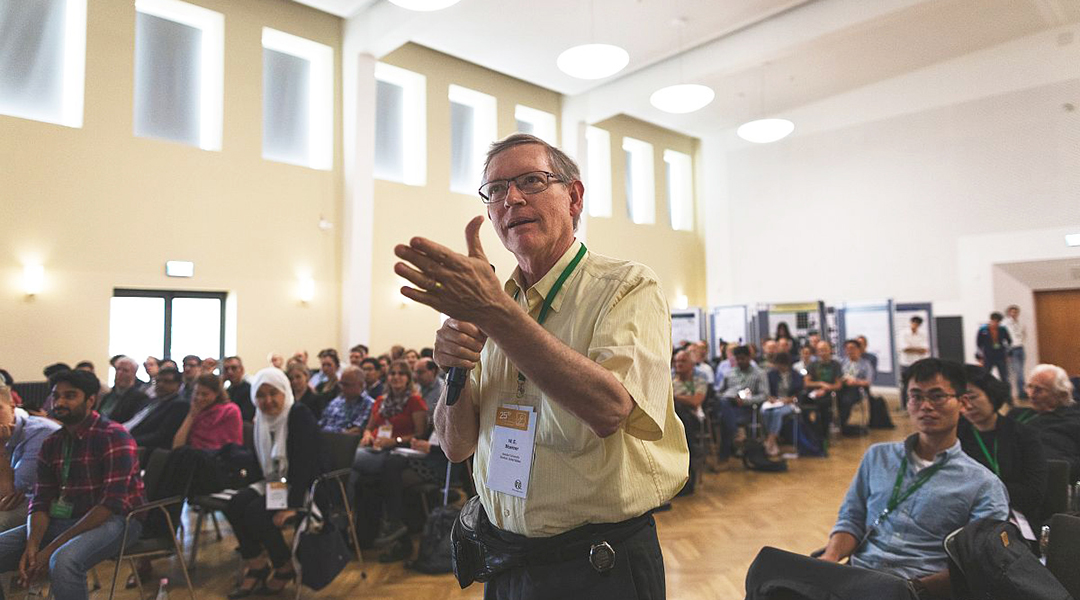 Berlin (Germany), 13 September 2019 – From September 3 to 6, 2019, over 230 scientists from all over the world joined PicoQuant to celebrate the Workshop’s 25th anniversary in Berlin. The attendees, ranging from famous, well-established researchers to young, upcoming enthusiastic scientists, gathered to report on and discuss the latest developments in the field of Single Molecule Detection (SMD) and advanced microscopy techniques.

Among this year’s scientific highlights were the talks by Nobel Prize laureates Stefan Hell and W.E. Moerner, which gave an in-depth review of the development of optical super-resolution microscopy in the last 30 years and where the field might be heading next. In his closing remarks, W.E: Moerner thanked attendees and organizers alike: “Thank you, Rainer and our friends at PicoQuant, for nurturing and enabling so much of this important field of science!”

The meeting featured many other exciting contributions such as an invited presentation by Aleksandra Radenovic (EPFL, Switzerland) on using SMD to study luminescent defects in atomically thin 2D materials or a poster by Julia Heiby (Julius-Maximilian Universität Würzburg, Germany) which focused on studying the interactions between proteins in spider silk. Many contributions illustrated the fact that the field , while mature, is still growing. New methods such a MINFLUX, Metal Induced Energy Transfer (MIET), and Pulse Interleaved Excitation (PIE) becoming mainstream. In parallel, the focus of the community is moving towards even more applications in life and materials science, focusing on quantification of proteins, fluorophores, energy harvesting material, or using gold in its many nanoscopic forms for local optical enhancement.

A core aspect of PicoQuant’s mission and therefore also of this annual workshop is the promotion of young researchers. Half of the contributed oral presentations were reserved for PhD and undergraduate students to present their work to an international audience. The best presentation is honored with a “Student Award”. This year, however, the contributions were of such high quality that the prize was split between three winners: Arindam Ghosh (University of Göttingen, Germany), Kristyna Holanova (University of Prague, Czech Republic), and Tim Schröder (University of Munich, Germany).

“It is a great pleasure to not only see so many good friends but also enthusiastic young researchers attending this year’s workshop”, says Rainer Erdmann, Managing Director of PicoQuant, “Today, the meeting has established itself as the leading platform to promote the field of single molecule research and advanced microscopy techniques. It has become a kind of family event for many participants.” Besides the exciting scientific program, attendees celebrated an anniversary party at the stadium of the local soccer team 1. FC Union, the “Alte Försterei”. The party program offered, besides a dinner buffet, sports and games, a guided tour through the stadium as well as a music band formed by PicoQuant employees playing live on stage.

A quarter of a century has passed since the first international workshop on Single Molecule Spectroscopy. The scientific work is still far from over and PicoQuant proudly announces that the next workshop will take place from September 16 to 18, 2020 in Berlin.

PicoQuant is a leading research and development company specialized in optoelectronics, which was founded in 1996. The company, based in the WISTA science and technology park of Berlin-Adlershof, Germany, is a worldwide leader in the field of single photon counting applications. The product portfolio encompasses picosecond pulsed diode lasers and LEDs, photon counting instrumentation, fluorescence lifetime spectrometers, FLIM and FCS upgrade kits for laser scanning microscopes as well as time-resolved confocal and super-resolution microscopes. Since April 2008 Sales and Support in North America is handled by PicoQuant Photonics North America Inc. The PicoQuant group employs currently around 90 people.