The Holy Grail in Plasmonics – The Lycurgus Cup Goes Nano

Professor Logan Liu and co-workers at University of Illinois create large-area, high-density nanoscale arrays based on the the Lycurgus Cup. 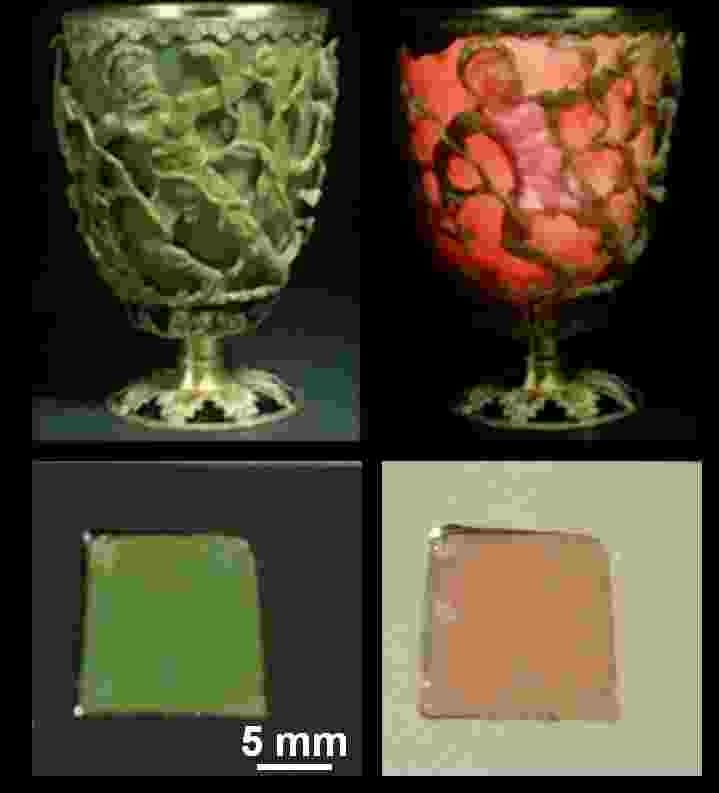 The Lycurgus Cup is an artistic and scientific masterpiece that dates back to the fourth century and was probably made by craftsmen in the Roman Empire. The cup shows a well-known mythological scene but is most famous for being made of dichroic glass, which contains plasmonic nanoparticles (gold and silver dust) that change the colour of the glass from opaque green to translucent red/orange under different lighting conditions.

This fascinating work of art has inspired researchers in contemporary nanoplasmonics worldwide. Learning from the ancient Romans, Professor Logan Liu and co-workers at University of Illinois have created large-area, high-density nanoscale Lycurgus cup arrays (nano LCAs), which change from green under direct light illumination to red when there is no direct light. This novel plasmonic device represents a breakthrough in the nanophotonic materials research field since these devices show record-breaking characteristics, with a maximum sensitivity that is many times higher than those reported for nanoplasmonic devices.

With these new nanoLCA devices, plasmonic resonance spectroscopy sensing (commonly known as SPR sensing) now becomes, for the first time, visible colorimetric sensing, which only requires the naked eye or an ordinary colour camera. Professor Liu’s team has demonstrated that detecting DNA and proteins on such devices only requires a $20 digital camera to record and analyze surface colour variations that originate from biomolecular interactions.

Professor Liu’s team and their collaborator Dr. Tiziana Bond at Lawrence Livermore National Laboratory envision that in the near future large and expensive SPE sensing equipment can be replaced by a small nanoLCA chip attached to a smart phone with a colour camera function.