In 2019, CRISPR gene-editing therapy was used for the first time to treat sickle cell disease. 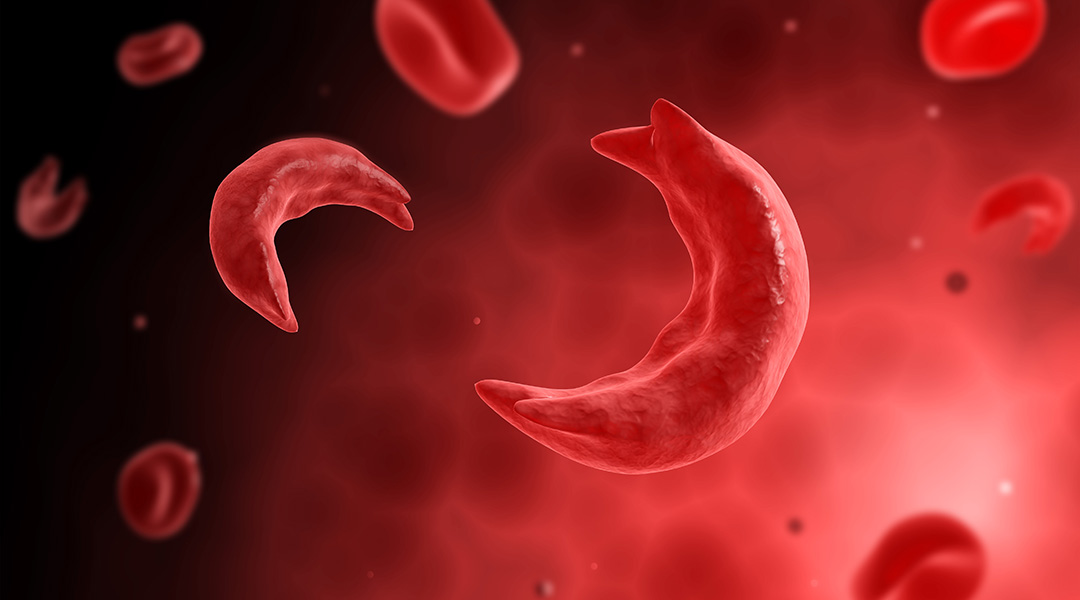 Sickle cell disease is a complex disease that affects the structure and function of hemoglobin, the molecule in red blood cells that delivers oxygen around the body. The disease is caused by a single mutation in the β-globin gene that results in malformed hemoglobin, which distorts red blood cells into a hard, sickle shape, and leads to a range of diverse clinical manifestations such as blockage of blood vessels, debilitating and frequent pain crises, chronic organ damage, poor quality of life, and early death.

According to a study published in 2017 in the New England Journal of Medicine, sickle cell disease is one of the most common inherited blood disorders, affecting approximately 90 000 people in the United States and hundreds of thousands of people worldwide.

The first evidence for sickle cell disease surfaced over a century ago when physicians analyzed the blood of an affected patient and reported “peculiar elongated and sickle-sharped cells”. It wasn’t until 1949, in a report published in the journal Science by Linus Pauling and his colleagues, that a link between the abnormality in red blood cell shape with mutations in the patients’ amino acid sequences was made; this was the first time a genetic disease was linked to a protein mutation.

While many advances had been made that had greatly improved the lives of patients with sickle cell disease, available treatments are limited and confined to minimizing symptoms. Hematopoietic stem cell (HSC) transplantation is the only curative, nonexperimental option for patients with severe forms of the disease. However, despite the high success rate, suitable donors are rare and there exists the risk of graft rejection and potentially fatal graft-versus-host disease.

CRISPR-Cas9 is a programmable RNA-guided DNA endonuclease, which has been gaining significant attention over the last decade due to its ability to treat genetic disorders such as sickle cell disease. Guided by a single RNA strand, the Cas9 nuclease—originally isolated from bacteria—can be programmed to cut a target DNA sequence and modified by inserting, deleting, or replacing it with a genetic sequence.

In the 2016 studies, blood-forming stem cells were removed from the bone marrow and edited to remove the disease-causing mutation. They were then re-introduced into the bone marrow in the hopes that “normal” hemoglobin might proliferate. Although only a small percentage (~5%) of transplanted, edited cells were found to produce normal, functioning hemoglobin, researchers and clinicians speculated that this might lie at the threshold of what would be required to alleviate patient distress.

The First Patient to be Treated with CRISPR

This year, CRISPR-CAs9 treatments for sickle cell disease were taken from the lab to clinical trials. In January 2019, CRISPR Therapeutics and Vertex Pharmaceuticals Incorporated reported that the US Food and Drug Administration (FDA) had fast tracked CTX001, an investigational, gene-edited stem cell therapy to treat patients with severe hemoglobinopathies such as sickle cell disease.

CTX001 is used to edit patients’ hematopoietic stem cells to produce high levels of fetal hemoglobin in their red blood cells. “[Fetal hemoglobin] is a form of the oxygen carrying hemoglobin that is naturally present at birth and is then replaced by the adult form of hemoglobin,” the researchers stated in their press release. “The elevation of fetal hemoglobin by CTX001 has the potential to alleviate transfusion-requirements for β-thalassemia patients and painful and debilitating sickle crises for sickle cell patients.”

The first investigative treatment of severe sickle cell disease with CTX001 began in the US mid-2019. Victoria Gray is the first patient in the US to receive the landmark treatment as part of the clinical trail designed to assess the safety and efficacy of a single dose of CTX001. The trial is currently taking place at the Sarah Cannon Research Institute in Nashville, Tennessee, and is one of eight hospitals currently recruiting patients in the US, Canada, and Europe.

Although it is still early days, clinicians are hopeful as preliminary data have shown that the CRISPR gene therapy is working. According to the results, four months after receiving treatment, Gray’s blood tests have shown that 46.6% of the hemoglobin in her system is fetal hemoglobin and that 94.7% of her red blood cells contain the edited protein, far exceeding doctor’s expectations.

But it will take much more research, a larger cohort of patients, and monitoring over years to assess the long-term effects of this genetic therapy and if a single dose will be sufficient.

“The data we announced are remarkable and demonstrate that CTX001 has the potential to be a curative CRISPR/Cas9-based gene-editing therapy for people with sickle cell disease and beta thalassemia,” said Dr. Jeffrey Leiden, Chairman, President and Chief Executive Officer of Vertex in a press release. “While the data are exciting, we are still in the early phase of this clinical program. We look forward to continuing to work with physicians, patients, caregivers and families over the coming months and years to bring forward the best possible therapy for these two serious diseases and to continue to accelerate our gene-editing programs for other serious diseases such as Duchenne muscular dystrophy and myotonic dystrophy type 1.”

Similar trials are currently taking place to treat cancer and impaired vision as a result of genetic disorders. While there are certainly ethical implications of such a technology and a lack of regulation currently in place, it will be interesting to see how this new revolution will change the course of medicine in coming years.