How the brain's functional connectivity can be induced in neuromorphic devices to overcome the limitations of conventional silicon technology. 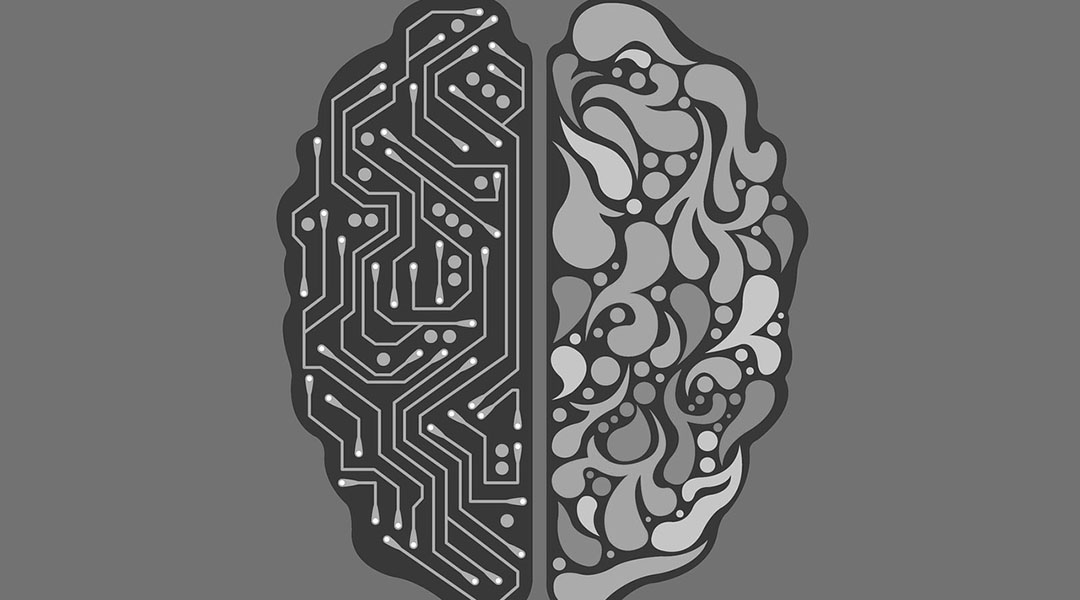 Nowadays, there is an imperative need for novel computational concepts to manage the enormous data volume produced by contemporary information technologies. The inherent capability of the brain to cope with these kinds of signals constitutes the most efficient computational paradigm for biomimicry.

An alternative approach is the direct emulation of the workings of the brain with actual electronic devices/circuits. This emulation of the brain at the hardware-based level is not only necessary for overcoming limitations of conventional silicon technology based on the traditional von Neumann architecture in terms of scaling and efficiency, but in understanding brain function through reverse engineering. This hardware-based approach constitutes the main scope of neuromorphic devices/computing.

So far, the main focus of research in neuromorphic devices is the emulation of synaptic plasticity, which is a form of structural or anatomical connectivity in biological neural networks. Though, there are also higher order phenomena, e.g., functional connectivity, that are linked to perception.

Some areas of the brain are dedicated to processing specific external stimuli, such as vision or motor control. When an action is required as a result of a visual observation, spatially distributed regions have to be functionally connected for the association of these two heterogeneous signals (i.e., vision and motor control). Functional connectivity is mainly expressed as the synchronization of neural populations that may be distant from each other. For this purpose, global electrical oscillations in the brain synchronize distant neural populations, inducing a form of functional connectivity between them for short periods of time, thereby transcending the limitations of the hardwired synaptic network.

Despite its tremendous impact on biological neural communication, this type of functional connectivity remains largely unexplored in neuromorphic devices. In a collaboration between Dr. Paschalis Gkoupidenis of the Max Planck Institute for Polymer Research, Prof. George Malliara of the University of Cambridge, and Prof. Themis Prodromakis of the University of Southampton, the team explored how this functional type of connectivity can be induced in an array of organic neuromorphic devices immersed in a common electrochemical environment. 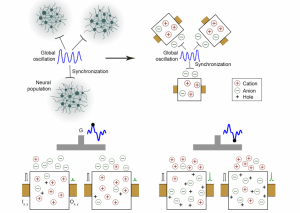 The organic neuromorphic devices were subjected to a global voltage oscillation and received stochastic and independent inputs. The devices were then synchronized in a specific phase of the global oscillation, a phenomenon that is reminiscent of the phase locking of biological neurons to global oscillations. Notably, this work can be generalized as electrolytes can be used to gate various materials and devices made of polymers, ferroelectrics, single crystals, and 1D and 2D materials.

These results, recently published in Advanced Intelligent Systems, provide a platform for the study of more biologically plausible mechanisms in neuromorphic devices and could enable concepts of hierarchical information flow.

Dr. Paschalis Gkoupidenis, principal investigator at the Max Planck Institute for Polymer Research comments, “As a research community, we have made tremendous progress on emulating structural connectivity of biological neural network with analogue memory devices, but we have just started exploring global phenomena in neuromorphic devices/architectures. The future challenge is how we incorporate these concepts in real neuromorphic computational approaches; for example, in order to induce dynamic linking between spatially distributed subunits of a neuromorphic circuit in analogy with the brain’s functional connectivity.”

The first COVID-19 vaccines are here, but challenges remain
Beam me up to 5G, Schottky
Neri Oxman and the age of "Material Ecology"
A closer look at the functional properties of ferroelectric capacitors