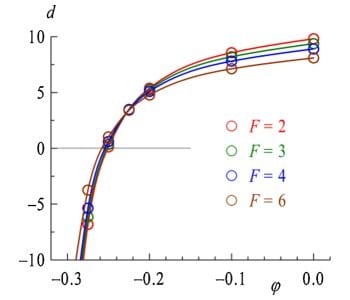 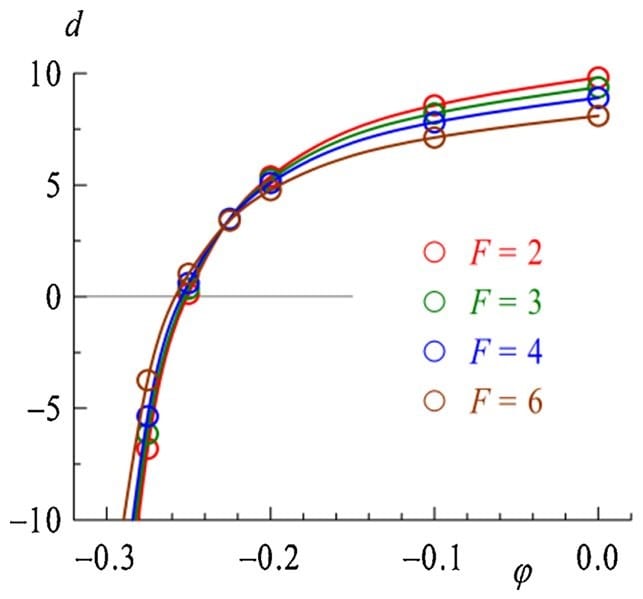 Polymers close to surfaces are relevant in many different branches of science including material science, biology and polymer science. For example, modification of inorganic particles with organic polymer layers leads to well defined hybrid nanoparticles with tunable properties.

Polymers in solution are distinguished by a high flexibility allowing for characteristic changes in size and shape. Under good solvent conditions, e.g., two chains in close vicinity are expanded and elongated (i.e., more asymmetric) compared to the ensemble averages and show strong tendency towards orthogonal alignment. The extent of orientation and deformation may be studied in detail by use of computer simulation methods, e.g., Monte Carlo simulations based on lattice models of polymers. Introducing a surface with polymers in the vicinity or even attached at the surface, one ends up at relatively simple models of hybrid nanoparticles consisting of an (inorganic) particle represented by the surface and (organic) polymer layers exemplified by the chains.

In their recent Feature Article, Stephan Eisenhaber and Gerhard Zifferer (University of Vienna) have studied properties of this important class of materials in detail. For example, on approaching a surface polymers are subject to changes in size, shape and orientation and for anchored polymers (polymers with at least one chain end permanently attached to the surface) characteristic properties are strongly dependent on the current position of the center of gravity with respect to the wall. Clearly, in both cases characteristics of two dimensional (2D) systems are obtained for the smallest distances R realized, accompanied by larger sizes and asphericities as compared to unconstraint polymers. For larger distances of the center of gravity from the surface but still smaller than the root mean radius of gyration, the behavior of anchored and free chains more or less coincides, changing from 2D to 3D characteristics. For even larger distances R the influence of the wall continuously decreases and finally vanishes in case of unattached chains, while larger R values cause strongly elongated polymers in case of anchored ones.

The qualitative behavior of chain properties as a function of distance is only slightly influenced by the type of surface, i.e., neutral, repulsive or attractive, specified by an dimensionless energy parameter j in simulations, with positive values referring to repulsive and negative ones to attractive interactions. The shape of the pair distribution function between the center of mass of the polymer and the surface, however, is strongly dependent on the surface type and a parameter “excluded distance”, d, obtained in analogy to the excluded volume of two polymer chains has been introduced to quantify the strength of interaction. It is large in case of repulsive surfaces and vanishes if the repulsive interaction due to the mere existence of the surface is compensated by attractive ones. Independent of functionality F, this is roughly the case for surface-polymer interactions which are similar to polymer-polymer interactions in theta (i.e. pseudoideal) solvents, compatible with the picture of a particle consisting of the same type of polymer as the layer, e.g., made insoluble by cross linking.

Breaking down a cell's barriers with a medicine-carrying nano-submarine
X-ray fingerprints of novel photocathode materials: A new route for theory and experiment to join ha...
Can AI solve the mysteries of photonic nanostructures?
Machine learning helps create polymer electrolyte for batteries