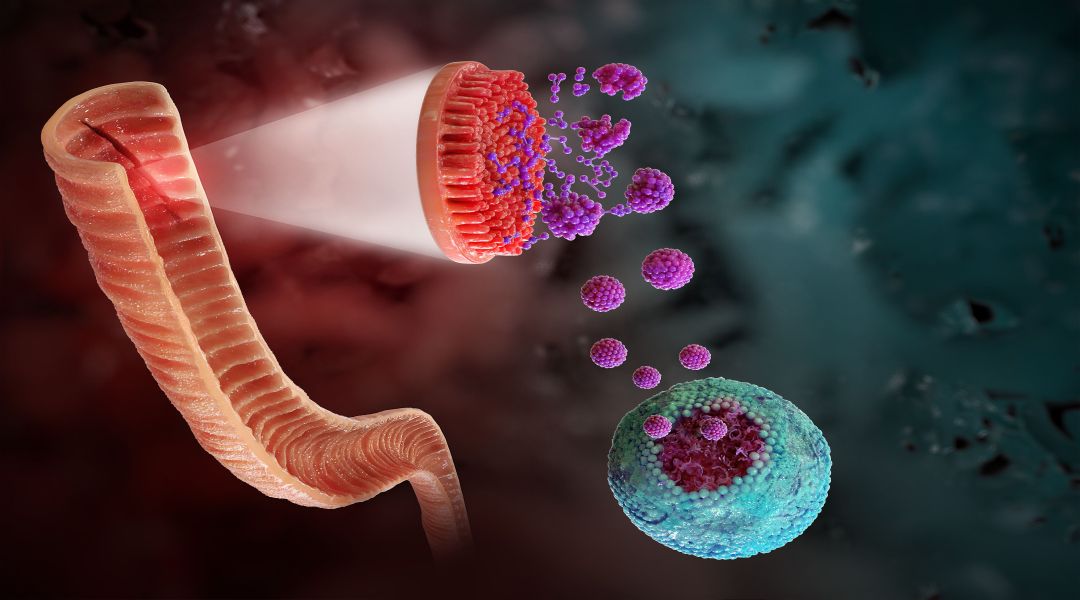 Inflammatory bowel disease (IBD), characterized by chronic relapsing inflammation of the intestine, is becoming increasingly common—even in newly industrialized countries. A common feature in IBD is oxidative stress, and diseased sites present abnormally high reactive oxygen species (ROS) levels. Currently, there is no cure for IBD, including ulcerative colitis and Crohn’s disease, but symptoms can be controlled by daily administration of high doses of aminosalicylates, antibiotics, corticosteroids, and immuno-suppressive agents.

The success of prodrugs, colonic-microflora-activated systems, and pH- and time-dependent systems for IBD treatment has been limited due to high inter-patient variability, in addition to several side effects as a result of systemic drug absorption. The main drawbacks of existing therapies are derived from the lack of selectivity between healthy and inflamed tissue.

They prepared oxidation-responsive nanoparticles (OxiDEX NPs) encapsulated by microfluidics in a pH-sensitive polymer to produce nano-in-micro composites, which are designed to protect the NPs against the harsh gastric environment and release them into the intestine.

Preparation of the nano-in-micro composite.

Upon triggering by abnormally high ROS levels, the OxiDEX NPs release the drug to the inflamed tissues. The ROS-responsiveness ensures selective delivery of the drug to the site of action, but with very limited absorption. Compared to a traditional gastro-resistant formulation, this system shows a tenfold decrease in drug permeability across the intestinal cell monolayer, thus limiting the undesired systemic side effects.

Dr. Serena Bertoni, a researcher in the study, states “our study demonstrates the potential of an advanced-material-based composite with dual-responsiveness to pH and ROS in the development of a more effective treatment strategy for IBD in the future.”