Tackling Diabetes: Toward Bifunctional Glucose and Dopamine Sensors with Plasma

A plasma-treated polyethylene is used as as an affordable and easy mediator to produce enzymatic glucose sensors that could be used for diabetic patients. 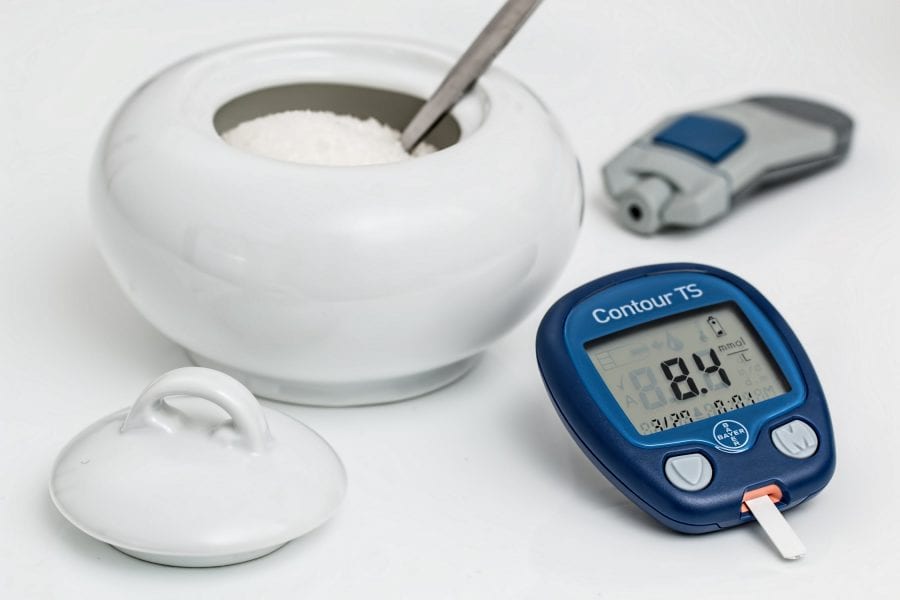 The incidence of diabetes, which is a major health problem in most developed societies around the world, is expected to reach 552 million people worldwide by 2030. At the present time, biosensors for monitoring the glucose level in diabetic patients account for ∼85% of the entire biosensor market, since it is well understood that good glucose management effectively delays the progression of diabetes complications.

In recent years, enzyme-based biosensors based on robust, accurate, and low-cost electrochemical techniques have attracted a renewed interest. Emerging social needs, such as the development of wearable and low-cost sensors, a growing number of people affected by diabetes in poorer regions of the planet, and the necessity for simple and compact setups for the routine determination of glucose in the blood, are creating a growing demand for simple and cheap sensors for commercial implementation in home glucometers.

A team of researchers from the Barcelona Research Center in Multiscale Science and Engineering in Spain explored the applicability of plasma-treated low-density polyethylene (LDPE), an insulating and electrochemically inert polymer, as an effective, simple, and cheap mediator for the fabrication of enzymatic glucose sensors. It is worth noting that LDPE is a very popular thermoplastic, with an annual global production of around 20 million tons, that is widely used in plastic packaging (e.g., shopping bags or plastic wrap). Its unique flow properties, which are especially suitable for film-based applications, and its low cost and recyclability, suggest that, among electrochemically inert polymers, LDPE is probably the most appropriated for the preparation of simple, low-cost, and versatile biosensing platforms.

Results obtained in this study demonstrate that PT-LDPE can be utilized as a very simple, low-cost, and versatile platform for biosensor fabrication. The tests performed indicate that plasma-induced changes facilitate electrocommunication between the enzyme and the substrate.

Future research is oriented toward the optimization of this bifunctional sensor, which should selectively detect two biomolecules in a single measurement.