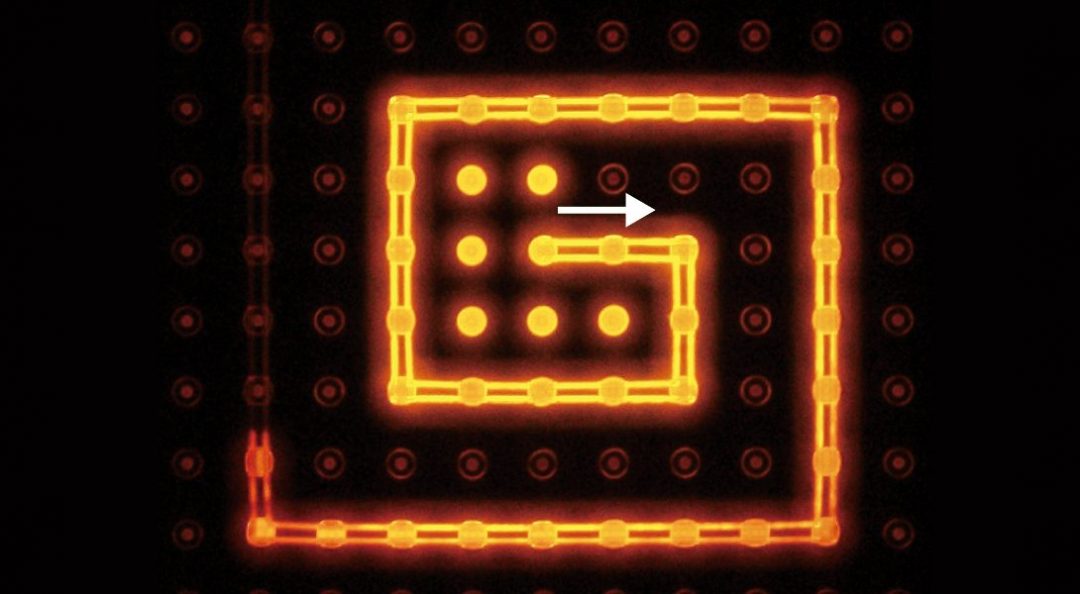 Liquid-repellant surfaces can be found in nature or in man-made environments. Insects have evolved complex surface microstructures to repel liquids, which could inspire future surfaces for functional applications. Medical devices, for example, could benefit from materials that direct liquid flow.

In an article in Advanced Materials, Professor Zhongze Gu and colleagues from Southeast University in China utilize direct laser writing to 3D-print omniphobic surfaces that can universally repel organic liquids, which could find application in microfluidic devices and sensors.

Professor Zhongze Gu: “Liquid super-repellent surfaces have attracted much attention due to their academic and economic value. Inspired by the springtail skin, we have fabricated triply re-entrant structures by two-photon polymerization.”

The surface design was programmed into a 3D printing system and the microstructures were then “written” layer-by-layer into a negative photoresist via laser-induced photopolymerization. The resulting triply re-entrant structures could be constructed on a target substrate, including a rigid silicon wafer or a flexible polyimide film.

Professor Zhongze Gu: “These structures show super-repellence to water and almost all organic liquids we found.”

The structures also exhibited anti-adhesion and anti-spreading of various liquids, including water and n-perfluorooctane.

Directional liquid flow was demonstrated by constructing a channel on the array. A droplet of R6G-dyed ethanol was drawn along the parallel walls of the channel by capillary force, without spreading, demonstrating the potential of these arrays for functional applications.

Professor Zhongze Gu: “The method shown here can find a number of applications in microfluidics, electronics, and biological sciences.”