The versatility of studying polariton phenomena with fluorescent proteins in fully tunable optical microcavities is addressed. 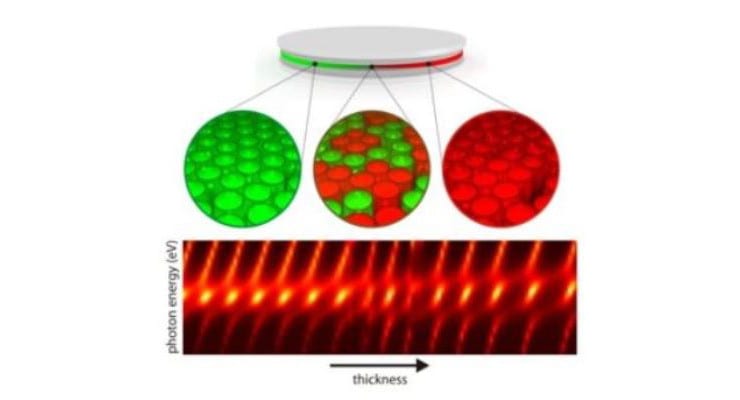 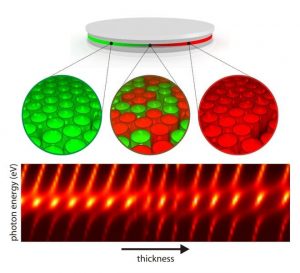 Over the past two decades the discovery and continued engineering of fluorescent proteins (FP) have completely transformed the way biologists perform live-cell imaging. However, even beyond this, FPs are a fascinating class of materials with unique photophysical properties and outstanding optical performance. They have recently been shown to be suitable gain materials for lasers and have even allowed laser light to be generated inside living cells that were genetically programmed to produce FPs. Their unique molecular structure means that they maintain high quantum yield at high concentrations and at high excitation densities – features that set FPs apart from most synthetic dyes.

Very recently, the authors have used FP for the first demonstration of polariton condensation in a biological system (Dietrich et al., Sci. Adv. 2016, 2, e1600666). Polaritons are mixed light and matter particles and form as result of a fast and steady energy exchange between photon and exciton states, e.g., in a cavity. Under appropriate conditions, polaritons undergo a phase transition into a condensed regime and generate laser-like emission at record-low thresholds and with higher efficiency than conventional photon laser structures. Due to the bosonic nature of polaritons population inversion – the requirement for conventional lasing – is not required for polariton lasing. Polariton condensates also allow studies of exciting fundamental physics, including e.g., superfluid phenomena.

Following up on this critical milestone in quantum biology, this work by Christof P. Dietrich and co-workers addresses the versatility of the laminated cavity design and FPs for studying polariton phenomena. The authors show that the polariton regime is preserved even after drastically changing essential cavity parameters such as the cavity thickness or the composition of the active protein layer. The cavity design allows the variation of the cavity thickness, enabling deterministic control of the polariton composition from highly photonic to highly excitonic. The authors further demonstrate that blends of FPs that form a Förster Resonance energy transfer (FRET) pair allow greatly enhanced coupling strengths. By combining gradients in FP mixing ratio and in cavity thickness in a single device, combined tuning of multiple inherent polariton properties is demonstrated, including composition and coupling strength. These results impressively illustrate the versatility of our approach (and of polariton systems in general). The work also demonstrates that laminated microcavities filled with biologically produced FPs give access to a wide polariton parameter space that is not accessible with conventional microcavity layouts.