Researchers at the Department of Energy's Oak Ridge National Laboratory have reported progress in fabricating advanced materials at the nanoscale. 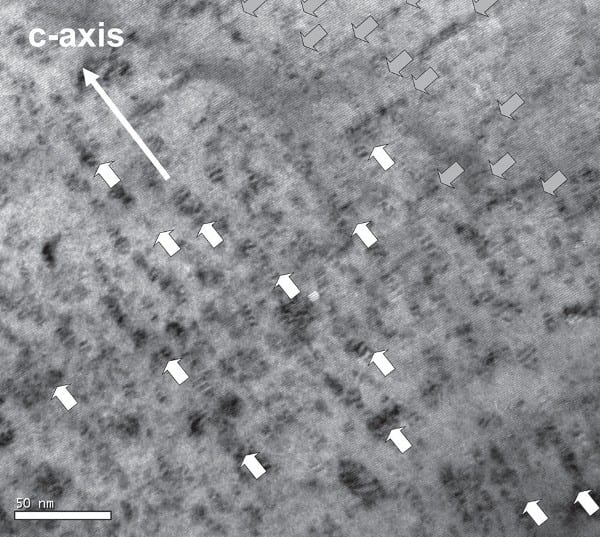 Researchers at the Department of Energy’s Oak Ridge National Laboratory have reported progress in fabricating advanced materials at the nanoscale.

The spontaneous self-assembly of nanostructures composed of multiple elements paves the way toward materials that could improve a range of energy efficient technologies and data storage devices.

“We found that a strain field that develops around the embedded nanodots and nanorods is a key driving force in the self-assembly,” said Goyal, a UT-Battelle Corporate Fellow. “By tuning the strain field, the nanodefects self-assembled within the superconducting film and included defects aligned in both vertical and horizontal directions.”

The controlled assembly within the superconducting material resulted in greatly improved properties, Goyal said, including a marked reduction in the material’s anisotropy, or directional dependence, desired for many large-scale, high-temperature superconductivity applications.

The strain-tuning the team demonstrated has implications in the nanoscale fabrication of controlled, self-assembled nanostructures of multiple elements, with properties suitable for a range of electrical and electronic applications, including multiferroics, magnetoelectrics, thermoelectrics, photovoltaics, ultra-high density information storage and high-temperature superconductors.

“Such nanocomposite films with different overall composition, concentration, feature size and spatial ordering can produce a number of novel and unprecedented properties that are not exhibited in individual materials or phases comprising the composite films,” Goyal said.