Shin-Hyun Kim and his coworkers at the Korea Advanced Institute of Science and Technology (KAIST) have developed a simple method to create bicolored Janus particles via phase separation of polymers in emulsion drops. 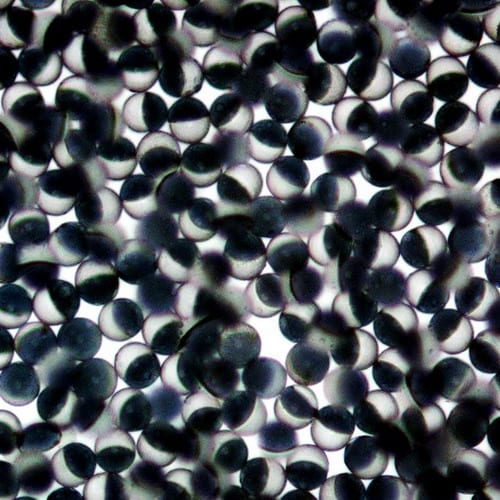 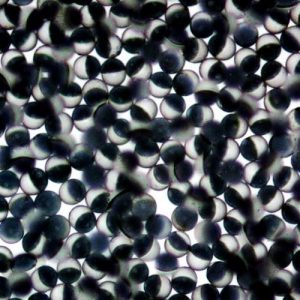 Janus particles are composed of two or more compartments that possess distinct properties.

To produce bicolored Janus particles, two parallel streams of distinct photocurable resins have been employed. The parallel streams are carefully co-emulsified into biphasic drops, which are then rapidly solidified by photopolymerization to capture the distinct compartments before mixing. However, delicate controls over biphasic flows and optics are prerequisites for achieving high uniformity of Janus particles and high stability of a long-term production. Furthermore, materials are limited to photocurable resins responsible for fast solidification.

Shin-Hyun Kim and his coworkers at the Korea Advanced Institute of Science and Technology (KAIST) developed a simple method to create bicolored Janus particles via phase separation of polymers in emulsion drops.

In their article published in Macromolecular Chemistry and Physics the researchers show how two immiscible polymers can form a homogeneous mixture in a good solvent at low concentration, whereas they separate at high concentration. The two polymers dissolved in single-emulsion drops are spontaneously separated when concentrated by solvent evaporation. The drops finally form Janus particles with two compartments.

When the emulsion drops contain chemical dyes that have higher affinity to one compartment than the other, the compartment is selectively stained. Also, the resulting bicolored Janus particles can be further rendered to be magneto-responsive by dispersing magnetic nanoparticles in the emulsion drops. The bicolored Janus particles with a magnetic moment can be used as active color pigments whose rotational motion is controlled by external magnetic field.

This novel method only requires the simple emulsification of one homogeneous solution and allows the use of any pairs of two immiscible polymers dissolvable in organic solvents.

A biomimetic water collection structure derived from cacti
Resolving the wiring issues in printed electronics
Mystery solved: The origin of the colors in the first color photographs
Not a Stretch: Flexible Hydrogels with Structural Color