Solar cells created with a single sheet of paper 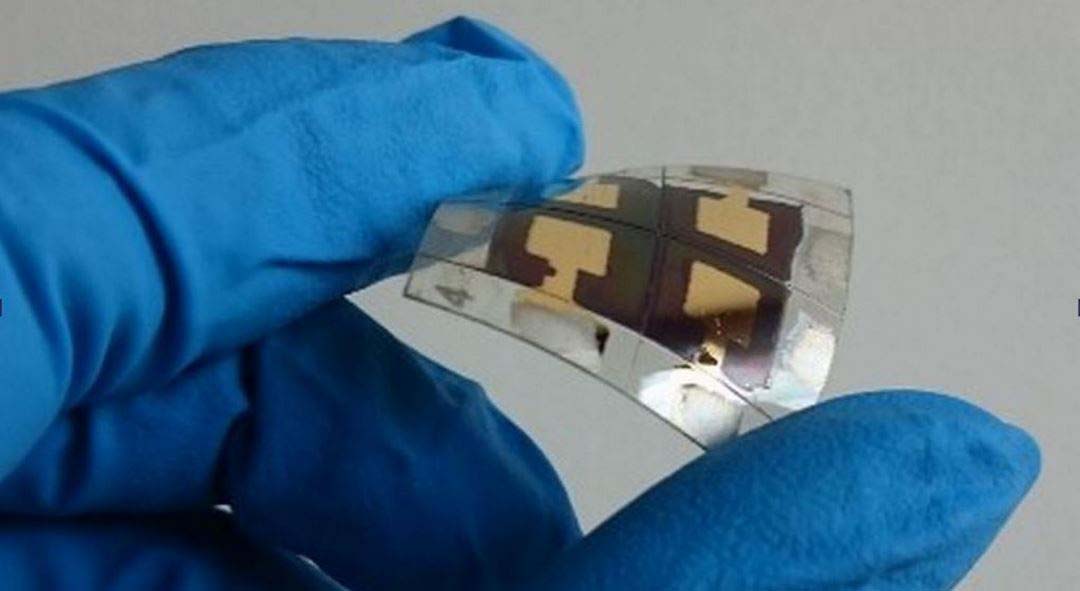 With hopes of a green energy transition on the horizon, developments in renewable energy technologies are becoming ever more important.

Perovskite solar cells are relatively new players in this arena, offering similar power conversion efficiencies to conventional silicon solar cells but with the added advantage of being able to absorb different wavelengths of light by composition engineering. Tuning their photo-response enables them to convert more of the light source’s energy into electricity, be it sunlight or artificial indoor lighting.

Perovskite is a semiconductor that transports an electric charge when hit with light. The technology has made great strides in the last two decades, with initial prototypes reporting efficiencies of roughly 3% in 2006 to over 25% today. Compared to silicon solar cells, perovskite-based solar cells are more flexible, semi-transparent, and light-weight. They can be deposited as “inks” through printing techniques, lending great flexibility to how and where they can be applied.

While this sounds great on paper, there are limitations that are hindering their widespread use. Deposition processes greatly influence device performance, and tricky manufacturing processes make scalability a problem.

For example, conventional solar cells are, in general, fabricated using a deposition technique called spin coating, in which drops of anti-solvent — a solvent in which a desired compound (in this case the perovskite) is less soluble to help in the formation of uniform crystals — is added during spinning to improve the quality of the perovskite films. This method is very difficult to implement on large surface areas and requires specialized equipment, such as heaters or gas flows, to help ensure quality.

But this is what a group of researchers from Italy and Iran have sought to solve through an innovative new deposition process that uses but a single sheet of paper to deposit perovskite films. “I serendipitously noticed that leaving a piece of cleaning paper soaked in solvent over a wet perovskite precursor film turned brown, turning it into what looked like a rather promising perovskite semiconductor film,” explained Nazila Zarabinia from the Department of Physics, Faculty of Science, University of Zanjan, Iran, and first author of the study. “My supervisor suggested that I develop a coating method based on this discovery.”

The new technique, dubbed Deposition via an Antisolvent Soaked Applicator (DASSA), uses a sheet of paper to coat the perovskite layer and applicator in an antisolvent — in this case ethyl acetate — a solvent in which a desired compound is less soluble to help in the formation of uniform crystals. This minimizes the amount of solvent required over large areas and simplifies the production process, say the team.

“To make our perovskite solar cells, a piece of conducting plastic is taped on a hot plate and the perovskite precursor ink is dropped over it with a pipette,” explained Zarabinia. “Subsequently, the end of a piece of paper is left to rest over the ink.”

The paper applicator is then moved gently from side to side to ensure a thin film is created. “The trick to obtaining high quality films is the antisolvent, which alters the solubility of the material in the first solvent,” added Zarabinia. “We found the antisolvent almost doubles the resulting power conversion efficiency of perovskite solar cells when using a dry piece of paper.”

In their study, they were able to report the fabrication of solar cells on flexible PET plastic with a measured 11% power conversion efficiency. While still a proof of concept, the team hopes this will be just the beginning as their deposition technique will make this area of research more accessible.

“We think this simple method will appeal to all those labs setting up a line in perovskite research who have not been able to buy expensive deposition equipment,” explained Thomas Brown, professor at CHOSE, Department of Electronic Engineering, University of Rome Tor Vergata and the study’s corresponding author. “This method works for solar cells, but we see nothing stopping it being used in other types of devices, such as perovskite LEDs and transistors.”