With questions centered around cost and how long the transition will take, how do we convince people that the transition to renewables will be worth it? 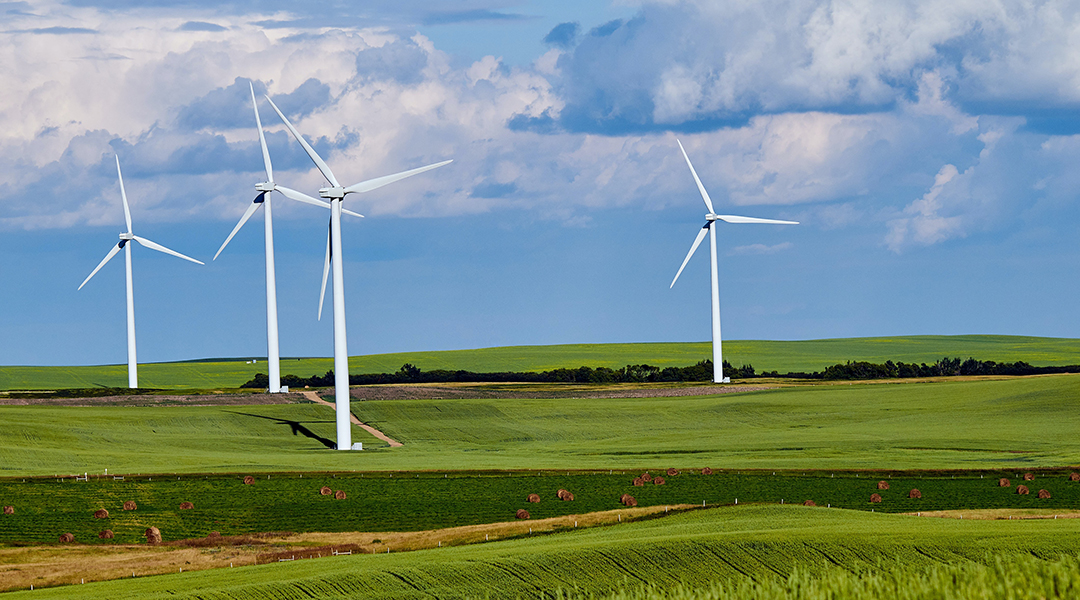 With COP26 happening now in Glasgow, Scotland, it is worth noting that it has now been five years since the Paris Agreement (COP21) came into effect with at least 55 nations representing at least 55% of global emissions formally joining. Even after five years of effort, there remains a few common concerns that frequently come up when speaking to people about the need to invest significantly in new renewable energy technologies that may or may not turn out to be commercially viable. Common concerns center around where the money will come from to transition our economies to clean energy, the viability of carbon taxes, and how long the transition will take.

Norway is unostentatiously the seventh largest gas and 13th largest petroleum producer. They already tax a larger portion of corporate revenues from the oil and gas industry and have amassed a 1.4 T$ sovereign wealth fund and are using it to fund their renewable energy transition and pension schemes for the population. Current taxes on oil firms there stand at 56% with proposals to increase them to 71.8%.

In the future, Norway expects to reduce oil output from 2 million barrels per day today to 1.2 million barrels per day by 2030. Slowly phasing out oil and gas is the plan, although they will also need to retrain 6% of their current oil and gas workforce as that happens. Norway also has the advantage of exporting a lighter crude oil and has among the world’s cleanest oil production processes because of stricter regulations. Canada’s choice to emulate Norway’s model is unfortunately many decades behind in terms of refining capacity, but low-hanging fruit of eliminating oil subsidies and taxing corporate revenues more could accelerate clean energy investment. Currently, the Canadian government continues to subsidize the fossil-fuel industry about 4.8 B$ per year in 2020 or about $25–30 per metric tonne of carbon dioxide they emit during oil production.

Where will the money come from?

The public’s expectation is that research will be funded by governments, non-governmental organizations, and firms around the world. New technologies that are not yet commercially ready ought to continue to be funded by international venture capitalists, governments, and firms/investors to lower costs and improve competitiveness.

New capacity in Canada will be funded by firms and investors and ultimately consumers who buy the products and services. Transitions to phase out fossil fuel facilities will require a variety of support from governments. Funds that would have gone to exploration, production, processing of and infrastructure for fossil fuels will need to be redirected to carbon-free alternatives. Model estimates put the reduction in GDP for a fossil-free economy at less than 0.2% per year without counting the environmental and other benefits — a relatively low cost.

The realistic expectation of governments will need to be demarcated and agreed upon by international consensus at conferences like the United Nations COP26 with binding agreements and accelerated plans to curtail greenhouse gas emissions. Without multilateral consensus, even wealthy countries would be disadvantaged economically, and thus, there needs to be a fair and transparent system that works for all.

The debate around carbon taxes

In Canada, which provides an example of a G7 country’s carbon pricing system, there are two policies to price CO2 emissions that vary by province/territory. In general, large emitters like oil and gas companies are subject to an output-based pricing system while consumers, households and small emitters pay a carbon tax incorporated into the price of the fuel they buy.

The carbon tax paid by consumers has little impact on the oil and gas companies other than to shift consumption in Canada a little. A different system called the output-based pricing system applies to companies and is a form of emissions trading. It sets a performance standard for every industry/product where every plant is allowed to emit CO2 equal to a national performance standard multiplied by its actual output and a factor that reflects the plant’s vulnerability to foreign competition. If its actual emissions are lower than its allowable emissions, it receives credits for the difference. If otherwise, a firm’s actual emissions exceed its allowable emissions, it must buy credits equal to the difference to achieve compliance.

This creates an economic incentive to reduce emissions but the financial cost — investment in mitigation measures plus the cost of buying needed credits or less the revenue from the sale of surplus credits — is low. This means that export industries, like oil and gas, are not disadvantaged by Canadian environmental regulations relative to exports from countries with less stringent regulations.

The output-based pricing system and carbon tax already set a price for production and product-use emissions for fossil fuels consumed in Canada. The output-based pricing system deals with the production and transmission emissions while the carbon tax applies to fuels consumed in Canada, whether the fuel is produced there or imported. By making Canadian oil and gas companies responsible for the exported emissions as well, it in effect imposes a carbon tax on Canadian exports but not on imports of fuels into Canada. If there was a global carbon tax on exported products, then all countries’ industries would be similarly affected, which is not the case today.

The current Canadian government, by raising the carbon tax while subsidizing the oil and gas industry emissions, will offset the small shifting of consumption habits of the carbon tax. However, taxes on fuels mainly affect consumers, causing them to reduce fuel use — fewer trips, more fuel-efficient vehicles, etc. — while oil and gas companies are only indirectly affected by the changes in fuel use, with the overall effect on Canadian companies being small since they can export more.

Establishing a steadily increasing carbon tax that increasingly discourages the continued use of fossil fuels is a way to incentivize alternatives to, for example, battery electric vehicles. Other drivers, besides a carbon tax, that have assisted switching to cleaner alternatives include fuel efficiency/emission standards for new vehicles, zero emission vehicle quotas, additional fuel taxes, access to express lanes, reduced tolls, preferential parking, that vary by jurisdiction.

How long will the green energy transition take?

By and large the technologies needed to replace fossil fuel use with renewable electricity are known – solar, wind, batteries and other technologies for electricity generation and storage, electricity for light vehicles, and zero emission buildings. The exceptions for now are heavy trucks, airplanes, and ships and some industrial processes, such as steel, cement, and some agricultural emissions. Apart from the exceptions, the challenge is to improve technologies, continue to lower costs via economies of scale, and shift them all to the relevant global infrastructure.

Solar power’s price per kWh for instance has dropped between five- and eight-fold since 2010 beating many forecasts. Similarly wind power prices have fallen between 1.3- and 2.3-fold from its peak in 2007–2010 with solar-PV and wind prices being about equal and competitive with natural gas power. T. P. Wright studying aircraft in 1936 formulated what is known as Wright’s or the “learning curve” law that states that for most technologies, every doubling of cumulative scale will lead to a fixed percentage decline in cost of the technology. Thus, considering this it is likely to take a few decades to transition depending upon the type of infrastructure, but the big unknown is how fast oil and gas will decline or continue to be used over that time frame with output being increasingly concentrated in the lowest cost producers.

The current technology challenges for renewables relates to minimizing their unsubsidized costs and cradle-to-grave emissions. Electrical capacity from non-fossil alternatives needs the lead time to develop the technology and then convert the entire global infrastructure. But those processes are not a large source of fossil fuel demand, so future oil and gas use does not depend much on the transitions for those processes.

The clean energy transition may take decades, but by examining the deployment of other technologies, such as jet aircraft (21 000 in 1958–2007), natural gas plants (15 000 in 1903–2000), and the world annual market for cars and commercial vehicles (73 million units in 2017), we see that the manufacturing base has increased exponentially over time. In reality, most technologies take time to become established.

For example, Whittingham, Goodenough, and Yoshino laid the foundations for lithium-ion battery technology during the oil crisis in the 1970–80s, and only in 2019 were they recognized with the Nobel for their contribution to this revolutionary technology. Predicting technology deployment 25 or 50 years into the future is fraught with uncertainty as there may be a disruptive innovation, like nuclear fusion, that selects one over another. What is clear, however, is that accelerating the transition is unavoidable if we want a prosperous future.

The big unknown in all energy transition schemes is the risk of a faster than expected global warming event that makes life on Earth unbearably harsh, and the questions to then ask our governments are: Are we able and prepared to handle this catastrophe, and how much will it cost to survive? I suspect the pandemic provides an indication of how well we deal with global calamities far more serious than COVID-19. Will COP26 spur a global collaborative call to action so that we’re able to avoid the worst of the climate crisis?