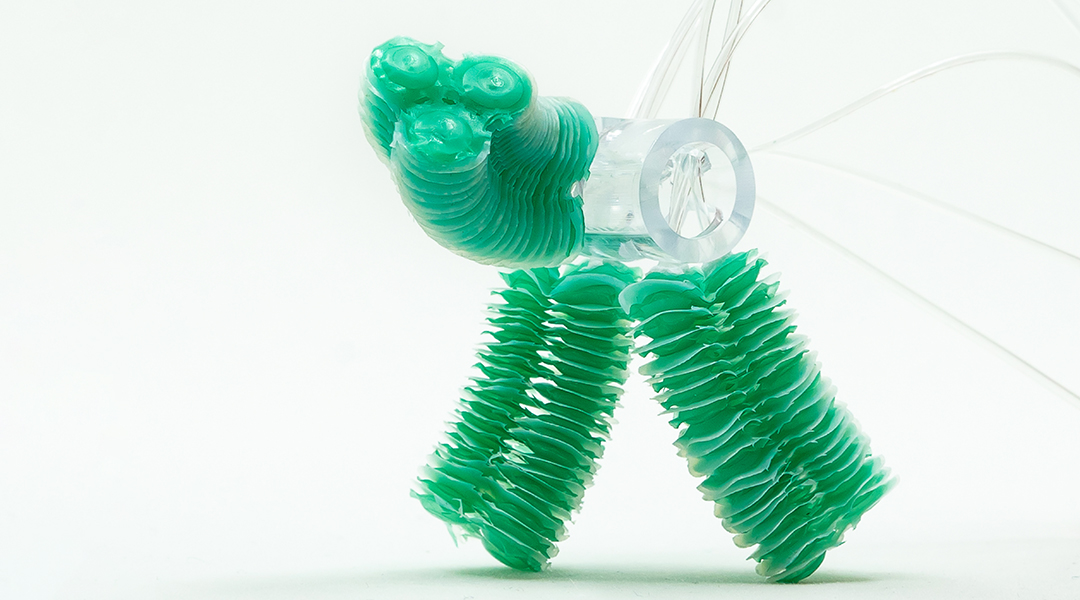 While robots were once limited to factory floors and industrial applications, we now see them in settings like surgery, exploration, and search-and-rescue. These complex environments require adaptable devices that excel in unstructured and unpredictable spaces.

Soft robot technologies have fueled this veritable venture into the unknown because their inherent softness allows them to passively conform to their surroundings — that is, to adapt without even thinking.

However, as with every new field, soft robotics is not without its share of challenges. For example, because soft robots actuate through deformations in their constituent materials, they tend to lose strength and dexterity at smaller scales. The smaller the soft robot, the less material can deform, and the less opportunity there is to apply large forces or move large distances.

The scaling issue is especially important when we frame it with respect to surgery and exploration. Both of these applications require precise and delicate movements in confined spaces. While soft robots have already demonstrated much promise in these realms, it remains costly and difficult to scale them to the necessary size without sacrificing their performance.

This type of soft actuator is made with a 2D fabrication process, allowing it to collapse thinner than a coin. And yet, when pumped with fluid, it can expand up to several centimeters in height and apply forces many times greater than its own weight.

Such favorable performance metrics arise from the way Stacked Balloon Actuators actuate. Rather than relying on material strain during inflation, they predominantly rely on shape change instead. In this way, less energy is wasted on inflation, and more energy is available to move large distances and apply large forces.

Rogatinsky and colleagues are eager to transform the Stacked Balloon Actuator from a lab concept to a field-ready device. According to lab director Tommaso Ranzani, the researchers “envision a few scenarios where our SBAs can be advantageous.”

The first scenario is minimally invasive surgery, which reduces complications and speeds up patient recovery by decreasing the size of the surgical incision. Once inside the body cavity, however, the surgical tool must be dexterous enough to interact with a larger workspace.

“By exploiting the unique features of the Stacked Balloon Actuator, we could provide much more dexterity to the surgeon, making the procedure easier and faster to perform, and less traumatic for the patient,” said Ranzani. Furthermore, the researchers believe Stacked Balloon Actuators can allow field researchers from various disciplines to interact with their environments more effectively and less disruptively.

“We have already demonstrated the Stacked Balloon Actuator’s ability to squeeze into tiny spaces, safely stabilize against its surroundings, and create its own workspace,” said Ranzani. “This work sets a new standard by which robots can interact with their environments, whether that’s with delicate corals in the ocean, soft and irregular objects on a conveyor belt, or collapsed tunnels and crevices. The Stacked Balloon Actuator is paving the way toward more intimate robot-environment interactions.”

Self-folding paper structures, right out of the printer
Anyone can control injection molding with an AI helper
Autonomous chemical synthesis
Robotic Interfaces Shed Light on Cognition