Controlling the movement of tiny gels with light. 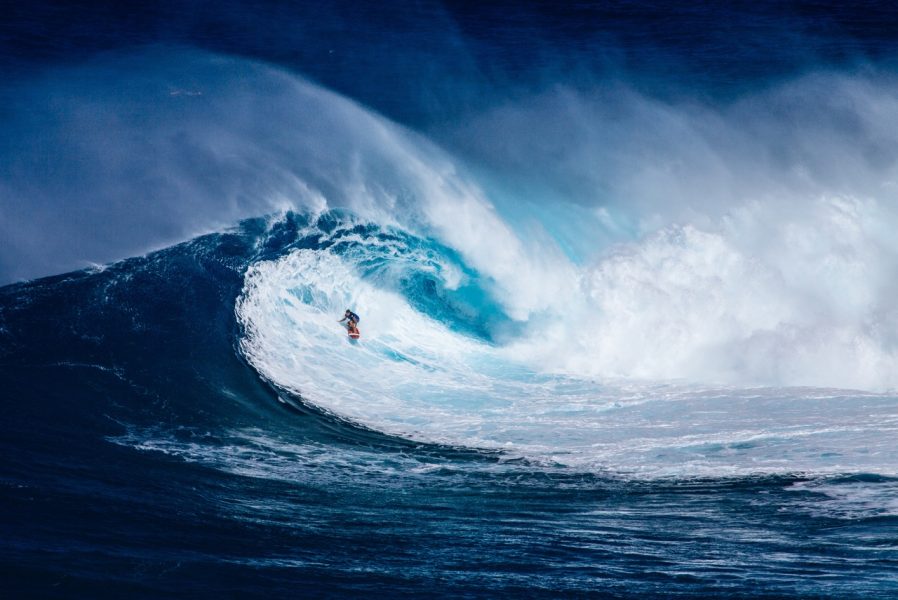 The movement of small gels in solution can be controlled through pH, light, and heat. It is hoped that as fine control over such movement increases, this technology might find applications in micro-scaled machinery.

While many different techniques have been reported, reversible triggered repulsion between gels has never been observed. Recently published work by an American team has changed that, creating gels that “surf” over water toward each other, and then back the other way.

The team synthesized a gel containing ingeniously designed nanoparticles. When exposed to light of a particular wavelength, the nanoparticles in the gel would heat up. However, this heating was not uniform, and the resulting expansion and contraction caused by warm and cool zones led to wrinkling (see above). 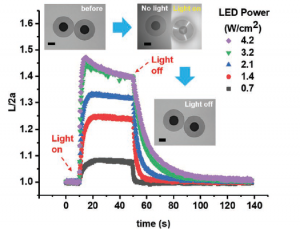 The wrinkling of the gel surface could be used to harness capillary forces that are brought into play when the surfaces between water, gel, and air become warped. For objects as small as these gels, capillary forces can be thought of as acting like electrostatic forces; potentially either attractive or repulsive.

In the experiment shown above, one gel was illuminated, causing wrinkling and subsequent repulsion from the other still flat gel. When the light was turned off, the two flat gels surfed back toward each other. The applications of this technology are not limited to reversible repulsion.

Shown below are an impressive pair of complex patterns that were made by careful control over the design of the gels. A further iteration on the design allowed for continuous, side by side rotation. 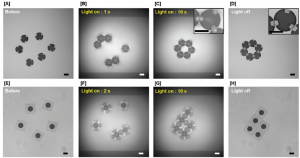 With such a wide range of motion already possible, it will be interesting to see where this new wave of technology breaks next.