A new study shows promising improvement in plasma treatment by using only small modifications in the plasma jet set-up. 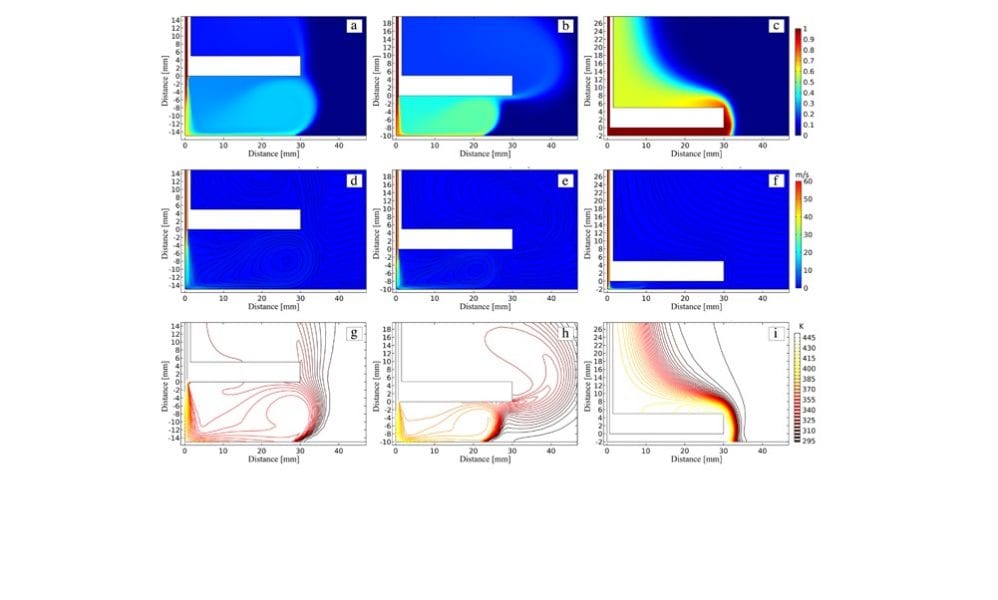 It makes the plasma jet one of the most promising plasma sources among the different atmospheric pressure plasma systems. These devices produce a low-temperature and non-equilibrium plasma plume that propagates in the environment. Due to its configuration, the treatment itself is occurring in the discharge afterglow. This allows to perform the treatment on chosen small areas of sensitive materials (like polymers of textiles) regardless of size and substrate shape. 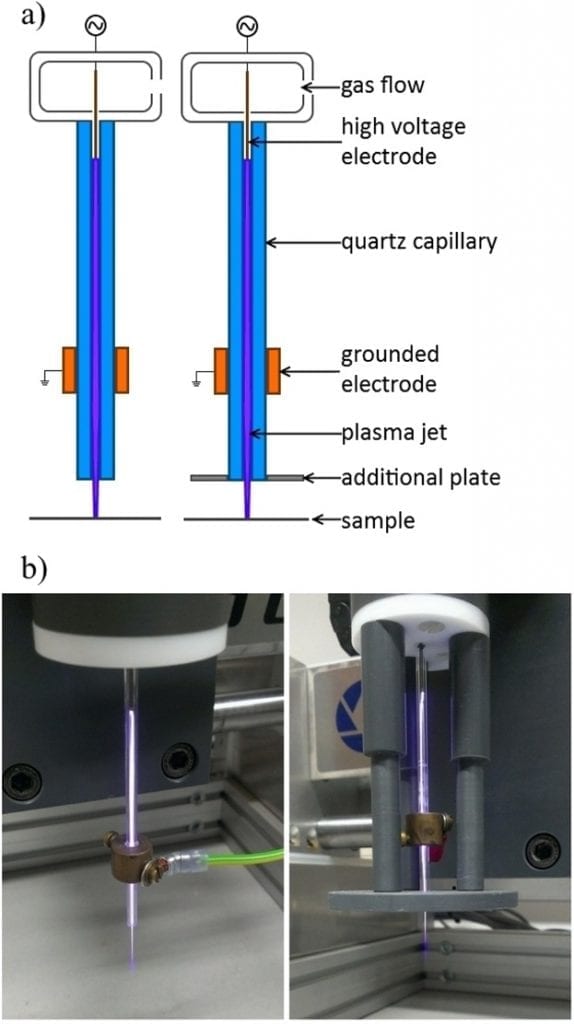 In recently published research in Plasma Processes and Polymers, researches have demonstrated the difference in plasma treatment efficiency due to the plasma jet design: the influence of an additional plate in a typical atmospheric pressure plasma jet set-up on the surface modification of PET was investigated. The original jet and the adapted one both show an improvement in hydrophilicity of the treated surface as well as changes in chemical composition. However, the plasma jet with its modified design demonstrates better results for small distances between plasma jet and sample. Additionally, fluid dynamic simulations were performed to reveal the gas mixing and to show the formation of an argon “channel” which guides the plasma propagation. Besides, numerical simulations show the temperature and velocity distribution in the set-up. The results presented in this study clearly show an improvement of the plasma treatment on the polymer surface with the new plasma jet design. This approach will not demand major modifications to the plasma jet system, and all the parameters can be kept as before the applied changes. As a result, the in-line processing can be performed in two different ways and with two different treatment impacts by using low-priced and simple adjustments to the design of the plasma jet source.