A Single Method for Nanofiber Ropes, Cables, and Coatings

A scalable method to produce polymer nanofibers in a variety of different morphologies is presented. 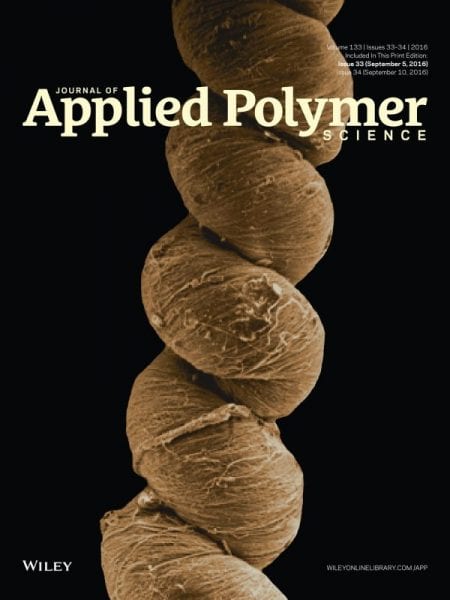 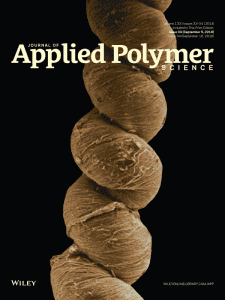 In a new issue of the Journal of Applied Polymer Science, Christopher Frank and Johnson Samuel of Rensselaer Polytechnic Institute present a scalable method to produce polymer nanofibers in a variety of different morphologies.

Previously, polymer ropes were produced in a two step process, where nanofibers were formed by electrospinning followed by twisting into a rope coil. With this new method, the authors were able to produce nanofiber ropes in a single step by using a rotating ring collector coupled with a take-up reel. This same process was then used for the continuous production of multimaterial cables, microscale wire coatings, and fibrous mats.

For the electrospinning process, two syringe pumps with opposite charges supplied the material to a ring collector. As the fibers were expelled from the syringes, the ring collector rotated, collecting the fibers in a mesh across the opening. A glass rod was then placed in the mesh to initiate the spooling process. The glass rod was drawn toward the take-up reel. The

rotation of the ring collector imparted a twist to the nanofiber to create the rope, while the take-up reel collected the rope.

Microscale wires were coated by directly feeding the wire through the ring collector. However, the researchers found that only wires with diameters over 75 µm could be coated without risk of breaking.

Finally, fibrous mats were formed by replacing the ring collector with a custom air nozzle that directed the electrospun fibers onto a substrate. This method allows for the production of multilayer mats by alternating polymer solutions and multimaterial mats by using separate polymer solutions in each syringe.