A tale of holography, spun from the Bombyx mori silkworm. 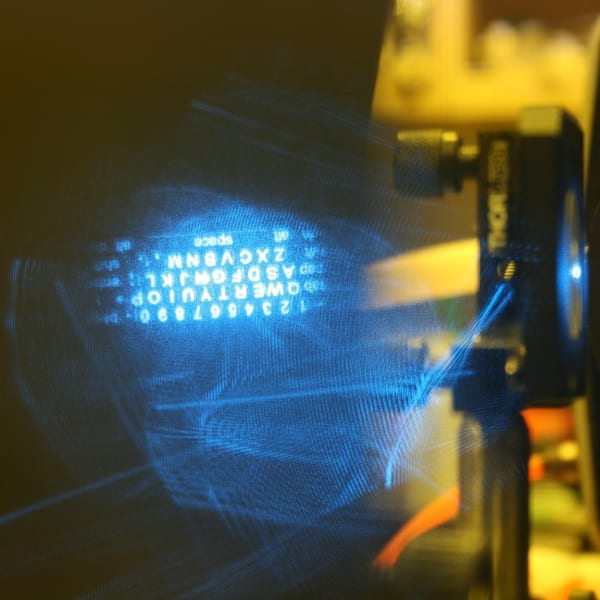 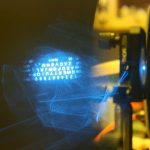 It’s already known that azo-modified polymers have nonlinear optical properties. Illumination with the appropriate wavelength of light causes the azo side chain to be excited from its trans state to the cis state. Cronin-Golomb, who had been interested in optical tweezers for manipulation of biopolymers, says “the natural next step was to investigate thin films of azo-modified silk for the optical properties that had already been seen in other, non-biological polymers.”

When silk fibroin from Bombyx mori silkworms are functionalized with azobenzene, light of a particular polarization preferentially re-excites the trans isomers, and the modified silk becomes optically anisotropic, resulting in birefringence. This optically induced birefringence makes it possible to record holographic images in these films, which are persistent over the course of several hours to days. Additionally, illumination with the holographic interference pattern induces surface relief formation. As a recording material, a significant property of the silk film is that birefringence can be erased simply by shining circularly polarized light on it. The implications for patterning are considerable. “It is like the difference between a write once CD and a rewritable CD,” says Cronin-Golomb.

According to the authors, the ability to optically record and pattern silk could provide new applications – tissue engineering scaffolds, optical switching of biomaterial response, sensing, and optically controlled drug release – where the biocompatibility of silk could be combined with the optical properties. Future work from this group will include patterning silk substrates for tissue scaffolds. With the new method, Cronin-Golomb says that “patterns can be adjusted while the tissue is growing simply by an optical rewrite.” Further, the group plans to research optical properties of related biopolymers, including silk-elastin-like polymers.