Coherent synthesis of pulses generated by separate sources may pave the way to sub-cycle optical waveforms. 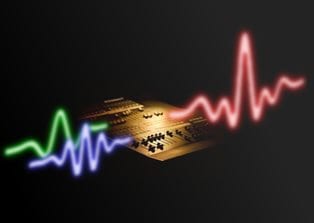 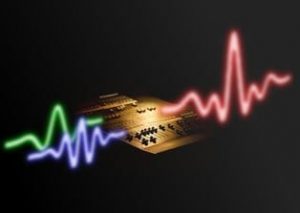 Making light pulses ever-shorter is one of the goals in ultrafast optics. Sub-cycle optical waveforms may be reached by coherent synthesis of pulses generated by separate sources.

Ultrashort light pulses are a valuable achievement. They make it possible to observe chemical reactions, opening up the field of femtochemistry. Other current and/or future applications include high capacity telecommunications systems, photonic switching devices, optical coherence tomography, and high precision surgical cutting. The damage to surrounding tissues during surgery is greatly reduced as the pulse duration decreases. Of course, this is by far not the only reason why scientists are keen to reduce the pulse duration further and further. Light pulses with the shortest possible duration offer a wealth of benefits both for fundamental research and for technical applications.

Since the invention of the laser and the discovery of mode locking, there has been a constant effort directed at the generation of ever-shorter light pulses, in a quest to approach (and overcome) the limit set by the period of the optical carrier wave. “The two key ingredients for a short light pulse are broad bandwidth, dictated by the Fourier theorem, and accurate control of the dispersion, i.e. of the relative arrival time of the different frequency components, so as to achieve transform-limited pulse widths”, explains Cristian Manzoni in a recently published review article. The transform limit is the lower limit for the pulse duration possible for a given optical spectrum of a pulse. The generation of sub-optical-cycle, carrier-envelope phase-stable light pulses is one of the frontiers of ultrafast optics.

Sub-cycle pulse generation needs bandwidths substantially exceeding one octave and accurate control of the spectral phase. These requirements are very challenging to satisfy with a single laser beam. One promising strategy for shortening the duration of light pulses is coherent combination, or synthesis, of longer pulses from separate sources. Says Manzoni: “Intense research activity is currently devoted to the coherent synthesis of pulses generated by separate sources.”

In their review article, Manzoni and his co-authors from Politecnico di Milano (Milan, Italy), Elektronen-Synchrotron DESY and Hamburg Center for Ultrafast Imaging (Hamburg, Germany), Cornell University (Ithaca, USA), Columbia University (New York, USA), and MIT (Cambridge, USA) discuss the conceptual schemes and experimental tools that can be employed for the generation, amplification, control, and combination of separate light pulses. They give an overview on main conceptual approaches to waveform synthesis and discuss the experimental tools required for coherent synthesis, giving details of various techniques for the control of pulse relative delay and carrier-envelope phase, and the tailoring of their spectral phase.

The main techniques for the spectrotemporal characterization of the synthesized fields are also described. In addition, recent implementations of coherent waveform synthesis are presented: from the first demonstration of a single-cycle optical pulse by the addition of two pulse trains derived from a fiber laser, to the coherent combination of the outputs from optical parametric chirped-pulse amplifiers (OPCPAs).

The authors are convinced that sub-cycle waveform synthesizers working at optical frequencies will be able to overcome the traditional bandwidth limitations of ultrafast amplifiers. In addition, optical parametric amplifier (OPA)- and OPCPA-based synthesizers will in the future overcome energy and average power bottlenecks.

Researchers use laser paintbrush to create miniature masterpieces
Flickering shadows of the fine skeleton of a cell
Light in Sight: Micro-Lenses Enhance the Functionality of Future Cars
Looking forward to developments in smart contact lenses