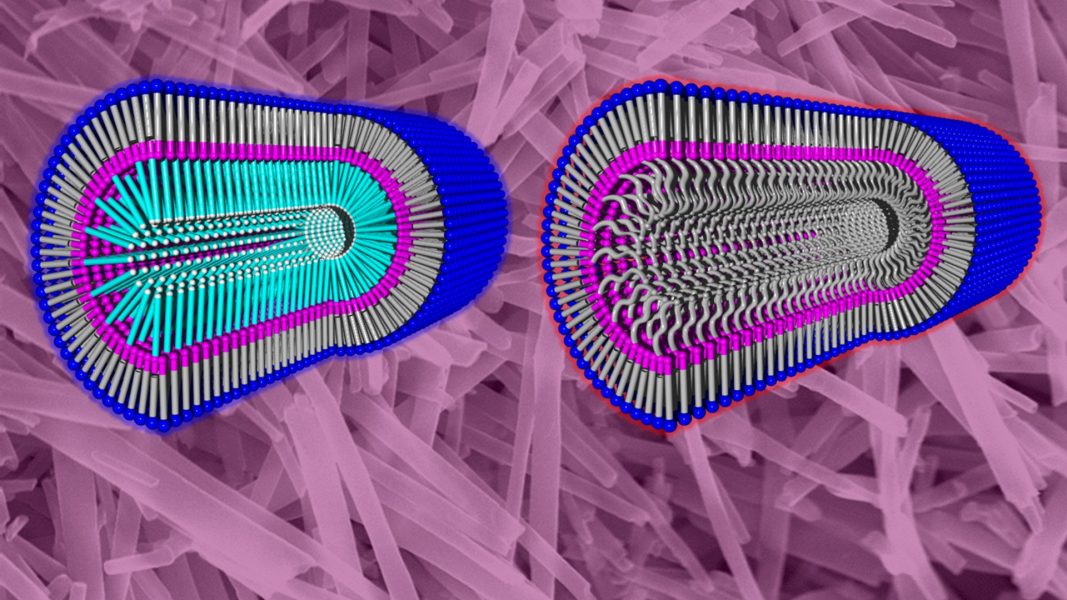 Separation of molecules in solution can be achieved by using liquid chromatography. Chiral molecules, such as the amino acids found in nature and in living beings, are more difficult to separate. Separation via chirally selective nanoparticles in solution could make the process easier.

In their article in Small, Dr. Naohiro Kameta from the National Institute of Advanced Industrial Science and Technology (AIST) in Japan and colleagues demonstrate a series of thermoresponsive poly(ethylene glycol) (PEG)-coated nanotubes for simple and quick in situ separation of chiral molecules.

Fluorescent-dye-labeled chiral amino acids were used to demonstrate this concept. When added to solutions of the nanotubes and heated to 60 °C, a hypsochromic shift from weak-yellow to strong-green was observed in only a few minutes, confirming the uptake of the amino acids into the nanotubes.

To find out more about these thermoresponsive nanotubes for the separation of chiral molecules, please visit the Small homepage.